“Thus only in a dream we are at one,

Thus only in a dream we give and take

The topic of dreams has long been a favorite of mine in my own readings and viewings of science fiction and fantasy material. Dreams are such  a strange, wonderful, and sometimes terrifying phenomena. As I am not a neurobiologist nor a practicing philosopher I assume that the dreams of a person are fueled by the subconscious, constructed from the inner space of one self, the inner thoughts and ideas that percolate in the mind. But is it possible to tap into those unseen places and make them somehow tangible? In science fiction and fantasy stories the possibility of tangibly realizing dreams and the subconscious has given creators in the comics genre some interesting thematic material to play with. As this is sci-fi week at Sequart, I want to explore this concept briefly through three examples presented in three different comic stories.

If you were able to access another dimension within your own where your dreams come true would you go? In The Reverie, which is the second in his Ritual series, author and artist Malachi Ward presents a story that on the surface is about dream reality versus “real” life. In this story a family struggles with life and loss and the ongoing process of existence. The father, Emil, who has access to a “wish dimension”, which Ward names the reverie, retreats into it to live the life he has been deprived of since his wife passed away. His adult children go into the reviere to retrieve him believing that he needs help with his grief and that what the alternate dimension is capable of is not healthy for him. Once inside, they encounter a version of their father. This version is younger, lives with their deceased mother, and is an artist. What we can assume is that this is the “real” life Emil wanted, which is suspiciously devoid of his children. When his son confronts him to say that he needs to come home, that the life inside the reverie isn’t real, Emil tells him matter of factly that he knows that it isn’t real, but that essentially it is heaven so why would he leave. There is a dangerous seduction at play Ward presents in this scenario of getting everything you want, of obtaining your heart’s desire (more on that phrase in the next comic discussed).

Ward provides the reader with one possible assumption that Emil’s dreams are of a pain free existence, a place of his own perfection with possibly little thought for others including his family. As a reader what is of interest is that the concept of the reverie Ward has created raises questions about reality, free will, and the power of memories.

Outside of stepping into an actual alternative dimension to bring your dreams to life what about the possibility of living within the true inner space of yourself, i.e., the dreams and desires that stay locked up inside you head? In a classic 80s’ Superman story by Alan Moore and Dave Gibbons titled For the Man Who Has Everything,  the concept of making real the dreams inside your own head is unfolded. In this story Superman is trapped inside his own heart’s desire via a plant/fungus unleashed upon him by the villain Mongul. The plant is called a black mercy. The black mercy’s function is described as having the ability to render a person into a coma like state while trapping them in their own desired place of existence. The black mercy attaches itself to the person physically creating a symbiosis (think of the egg-laying face hugger in the Alien movie universe, except here it attaches to the chest of the person), that then taps an intense telepathic link to play out the person’s desire as if they were a character in their own fully plotted story.

In the story we infer through the interstitials that Moore provides that Superman’s desire is to have lived a life on Krypton. What is interesting is that Superman’s dream life is still a world of loss and pain, a real existence, unlike Elias in The Reviere who believes his dream life is a heaven that seems to be free of the pains of existence. It is interesting to me that in a way the wish dimension inhabited by Emil is no different than the “perfect prison” that is the black mercy described by Mongul.

While Superman is temporarily imprisoned by his heart’s desire by someone else in the Moore story it would not be the last time he has a chance to live an alternate “dream” life on Krypton.

At the beginning of issue 12 of writer Grant Morrison’s All-Star Superman it is revealed that Superman has actually died, and that the life he believes he is living on Krypton with his father is just the radio wave projection of his consciousness. His father, Jor-El, explains that he is dead and that “ After bodily death[...]individual awareness persists for a time and builds for itself thought-places or complex hells to inhabit”. (p.3)  Jor-El gives him the choice, stay in the constructed reality, or return to his old one to defeat his enemy one last time.

This scenario of free will is intriguing in Morrison’s writing as a character is faced with staying in “a heaven”, or a construct of a reality they have always wanted versus the “reality” that awaits them if they choose not to accept the desired perfection. This is one major theme at the heart of all three stories discussed in this article—that you can choose to accept and stay within the alternative reality constructed by your inner self/subconscious. While the authors have their own conclusions, some open ended some not, I think if you engage with these stories you will have many questions of your own about the nature of dreams and reality. 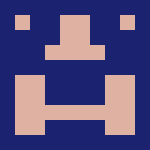 Jeffrey Hayes is a teacher and educational researcher who received his training at the University of Alabama. He has previously published work about using comics in the classroom for the online publication Reading with Pictures, and he hosts the interview show "After Wednesday" on Google+ talking with creators of comics. His academic research focuses on issues of literacy, literature, teacher knowledge, and assessment in teacher training. He can be contacted at jldprod2002@gmail.com