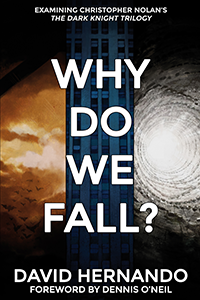 "Why Do We Fall? kicks off with an insightful introduction by one of the greatest Batman comic book writers in history, the legendary Denny O’Neil, and then launches into a piercing analysis of genius director Christopher Nolan’s heralded Dark Knight Trilogy, in the process proving just how Nolan elevated the art form itself, making not simply great comic book movies, but rather great films."
-- Michael Uslan, originator & executive producer of the Batman movie franchise

The Dark Knight Trilogy, composed of Batman Begins (2005), The Dark Knight (2008) and The Dark Knight Rises (2012), is the most cohesive and complex adaptation any comic-book character has ever had. It is also one of the most celebrated trilogies in recent cinema history. It has affected the way movies and TV shows are told today, from Marvel Studios’ Infinity Saga to Matt Reeves’s The Batman. Today, all comic-book adaptations are analyzed with Nolan’s trilogy in mind.

In Why Do We Fall?, David Hernando examines The Dark Knight Trilogy as well as Nolan’s other landmark films from a holistic approach — focusing on dialogism, intertextuality, and fidelity — to highlight the importance of these movies within the director’s filmography and the history of Batman adaptations. 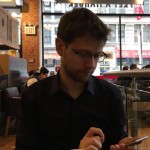