Be Afraid, Be Very Afraid…

Editor’s Note: The irony is thick with this essay. It was written a few days ago, but with news of the DC-related story reported within the past day by The New York Daily News, it seems that this essay is turning more ominous by the moment…

In a few short weeks, DC Comics will unleash this year’s mega-event, Final Crisis. It is described as the last in a three-part Crisis trilogy along with Crisis on Infinite Earths and Infinite Crisis. Possibly the biggest name in comics, Grant Morrison, is spearheading the project and, quite frankly, it’s crisis time for DC Comics as well.

For the past several years, DC has seen its once-formidable fan base eroding. After years of unpopular events like Final Night, Invasion and Zero Hour, DC attempted to change its image with the bloody and controversial Identity Crisis (not included in the Crisis triumvirate for some reason). Novelist Brad Meltzer was brought aboard to bring a more hip, adult flavor to DC Comics. That apparently translated to rape, murder and mind control (a whole new kind of triumvirate for DC) that appalled some older fans but seemed to bring in the bucks. This was followed by Infinite Crisis which was constructed as a direct sequel to 1985′s Crisis on Infinite Earths and featured two survivors of that Crisis losing it big time and going off on a murderous rampage that would have given Dr. Frederick Wertham a heart attack if he had still been alive. Supposedly, the goal was to bring back the Multiverse that the original Crisis obliterated, but we know what their real purpose was: killing a whole bunch of D-list characters no one really cared all that much about anymore. Desperate, it seemed that DC had sunk to a popular old comic axiom: when in doubt, kill someone.

So, at the end of Infinite Crisis, we were actually left with 52 different universes, but at the rate they’ve been obliterated during 52 and Countdown, I’ve lost track of how many are left. During that time, DC has watched as fans have abandoned Countdown as if it were a dead parrot. Its crunch time now as DC has to deliver a smash hit before they lose their readers altogether. Even the most die-hard fans will not stay put for another diet of dull and uninteresting comics. DC has to do something to bring the fans (and the internet) back in their camp.

Enter Grant Morrison. Based on his rock star appeal, DC is counting on him to produce an epic that is both a critical and financial success (although I’m not sure how much DC cares about the critical side as long as the financial one is big), and he promises to deliver. So now we’re getting ready for Final Crisis which DC promises on a stack of Jack Kirby Fourth World comics will be the absolutely, positively last Crisis… until they do it again, of course.

With a few weeks left to go before the series begins, the rumors are flying as fast as they can be made up. Will Martian Manhunter be the next sacrifice on the altar? Does Batman become a New God? And, most concerning to me, will Barry Allen finally come back from the dead?

I certainly hope not.

Don’t get me wrong. You’d be hard pressed to find a bigger Barry Allen fan than me, and if you had asked me if I wanted Barry back five years ago, you’d have gotten a much different answer. But I don’t want Barry to come back now, and the reason for that is very simple.

I’m afraid what will happen to him if he does.

You see, Barry Allen is a very special character to me. He represents all that is good and noble about super-heroes and especially about DC super-heroes. Barry was a good, moral man who put his life on the line to help people because he suddenly found himself able to do so. Barry out ‘boy-scouted’ Superman, if that was possible, and that’s what made him great. But, of course, that’s also what made him an anachronism in the Lobo/Wolverine 1980s. People weren’t interested in the kind of superhero who was noble and selfless. They wanted ‘bad-ass’ characters who would have no hesitation about killing a bad guy. They certainly wouldn’t feel bad about it like Barry did when the Reverse Flash tricked Barry into killing him. Barry was a ‘good guy’ with his flat top haircut and bland personality. But he showcased what could be noble in all of us. That part of us that would rise to the challenge if only given a chance. He was DC’s first Silver Age super-hero and their best, and they killed him.

I still haven’t forgiven Marv Wolman for that.

But Marv left a way to bring Barry back, and with a good writer, there’s always been a way for Barry to return. Still, for various reasons, DC has never wanted to bring him back. They’ll say it’s because it’ll cheapen his sacrifice from Crisis on Infinite Earths, but in reality, it’s because Barry is even more out of step with today than he was with the 1980s. DC couldn’t make Barry work 20 years ago, and they’re not going to know how to make him work today… which is what scares me.

If Barry does come back, DC will do something to him.

They’ll make him insane or give him a drinking problem or a split personality (he could be the Flash and the Reverse Flash as the same time!), or he’ll drown baby kittens in the river. If that’s not enough, they’ll put him through some other heart-rending tragedy like killing his wife, Iris, again. Just ask Ray Palmer. He’ll tell you how rough Silver Age DC heroes have it these days.

Five years ago, I would have rejoiced to have seen Barry come back and to read a new monthly comic of his adventures. Now, the mere thought of it inspires the type of fear that even Stephen King can’t create. In this new DC, where heroes die at the drop of a hat, where villains get their heads punched off (or through), where family and friends are murdered with an alarming regularity, what will become of Barry? I’d like to think that his honor would inspire others and usher in a new ‘Golden Age’ of super-heroism. I’d like to think that, but DC comics are littered with too many corpses for me to even believe that for a minute. No, if Barry does come back, he’ll end up corrupted by the darkness that is at the root of DC comics today… or he’ll just get killed again.

I’m like the boxing trainer in the corner, watching his fighter getting pummeled and falling to the canvas. You yell at them to stay down, but they never do. Stay down, Barry Allen, stay down. 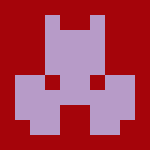