Why Don’t We Trust Filmmakers?

Where is the trust? That is the question I asked after the recent flurry of criticisms leveled at Batman v Superman: Dawn Of Justice. It got me thinking about fandom reactions in general when it comes to characters making their transition to the big screen. Whenever an adaptation of a property is announced that is becoming a “major motion picture,” people get worried. They take to forums and blogs and social media, decrying how the movie will bomb and there is no way to capture the magic of the original work. Much of this is done without a single frame being shot. Why can’t we trust the filmmakers? The easiest answer is to point to the failures. Howard The Duck. Steel. Catwoman. The list goes on. People point out every flaw and every instance where the movie didn’t follow the book or comic character. They blame studio interference, directors who didn’t know the material, and actors who were just wrong for the part. People tend to forget adaptations and remakes that were successful; like The Maltese Falcon, The Godfather, Jaws, and many more. These great films were derived from another work but are still loved by moviegoers. Where was the outcry of deleted characters, changed scenes, or miscasting?

This battle against adaptations partly stems from people loving the source material and feeling that only the version in their head is true. Only the actors they picture will fit the part. They love the lyrical quality of the prose so much that no director can catch the beauty of the imagery on the page. For comic book films, this seems somewhat paradoxical. Unlike novels or plays or previous films, comic characters are not static. They have evolved over years of storytelling; changing, mutating, morphing into different versions depending on the writer and artist and readers. While certain elements are retained in each variation, much gets twisted and turned around to suit this new telling. It is the same for comic movies. Adaptations aren’t easy, and many articles have been written about the hardships of turning a seemingly unfilmable project into a movie. What works in comic panels or prose does not mean it will translate well onto film. What I’m wondering is, instead of immediately worrying about our favorite character being made into a movie, can’t we save judgment until we finally see the film?

My thoughts for this came up when the title and first images of the Man Of Steel sequel were released. Continuing from the announcement that Ben Affleck was cast as Batman, fans of movies and comics derided the movie, predicting its demise. While I admit I’m not a fan of the title Batman v Superman: Dawn Of Justice, it is not an indicator of how the movie will feel while watching it. I may not like it, but I realize the title is not the whole movie.

The number of characters being reported for the movie is making people think it will be too crowded and fail, as many character-packed films like Batman & Robin and The Amazing Spider-man 2 have. This doesn’t concern me either. Many of the characters could have minor roles or little screen time. Just because Cyborg and Aquaman are (rumored) to be in the movie doesn’t mean they will get the same amount of screen time as Superman and Batman. It will all depend on how the film is written. And that seems to be what fans and critics don’t understand: how the film is written and structured.

The internet gives us instant access to information, but it also gives us the ability for instant opinions without having the whole picture. When Zack Snyder cast Ben Affleck as Batman, he had the whole story in front of him. He knew what kind of character Batman was in this particular film. Just because this is Batman doesn’t mean it is the same Batman from The Dark Knight, or Batman Returns, or Batman & Robin. I trust that Snyder knew the type of actor that would fit the character. I’ve been pleasantly surprised by casting choices before: Michael Keaton as Batman, Ian McKellan as Magneto, and others. But many couldn’t handle Affleck’s casting. They flashbacked to Daredevil, but the thing is Daredevil isn’t Batman.

Man Of Steel was a polarizing film for many and the sequel is shaping up to be as well. The news it is generating shines a light on fandom that paints many of us as cynical. We judge and critique without ever seeing a single frame of footage, sometimes before a single promotional photo is released. Why do we do this? Do we judge songs from just one note? Do we judge paintings after seeing a single brushstroke?

I feel that fans need to be more considerate of the filmmakers bringing our favorite characters to life. The criticism they get can be harsh, and at times, possibly unfounded. Let me put it this way. Say you are an author (which I am) and you have spent two years developing and writing a book. I pick that length, since it’s almost the length of time from preproduction to release for Batman v Superman. Now, let’s say that, without telling anybody anything of your book (no plot details, no synopsis, no cover) you post a random page from that book. It is only one page, and the reader has no clue about what came before it and what comes after it. Now, the internet reads your one page and says your book will suck. It will be the worst thing they will have ever read. They may not even read it, based on this one page. Really? Are you truly going to judge a whole novel on one page? Will you trample on the author’s feelings for a piece of work taken out of context? The author has worked on it for two years; they know the plot forward and backwards, have all the characters’ backstories, and know how every piece fits together. They can see, and know, the whole picture. Why do we feel we can do this for films?

We have a title and a few promotional images from Batman v Superman. That is our one page. But we are dumping on the work of many talented individuals without seeing the big picture. It isn’t just Batman v Superman, fans do this for almost any genre film being adapted. We get online and flame the filmmakers without the movie even being finished yet. It goes back to feeling that there can be only one interpretation, our interpretation, of a character or book. But we should reserve judgment. We should trust that the filmmakers can see more of the big picture than we can. So wait until the film is finished and you have seen it with your own eyes. Then you can judge it. 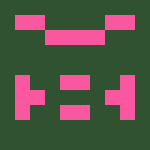