A Matter of Justice, Part 1

My name is unimportant. What is important is…I’m a detective.

It was late summer in the year 2005 and, not having a case of my own, I checked around the local informational sources looking to hear what was going down. There was a lot of buzz in the local comic shops about a team of artists and their ambitious project – a bimonthly, twelve-issue limited series entitled Justice honoring the Justice League of America and their notable foes, the Legion of Doom. I had grown up watching these teams fight on Saturday mornings and my interest was peaked.

There were thirteen members of the Legion of Doom that made their headquarters in a black dome hidden in a nasty-looking swamp. As I drove to my comic book informant’s business, I reflected on each of them.

The leader of the team was a guy called Lex Luthor. He was the evil genius taken to another level. He had always thought of his himself as the most powerful man on Earth – until someone more powerful, namely Superman, showed up. He still hasn’t gotten over that. Rumor had it that he and Superman, back when both where just kids, had started out as friends. But you never know whether what you’re going to read is, how we detectives say in the biz, “in continuity.” I assume he’d be in charge in this maxiseries as well, but one always must remember that villains aren’t known for respecting authority.

If you imagine Superman with some wires crossed, then you’ve got a good handle on another Legion member, namely Bizarro. This guy has all of Superman’s powers but with faulty intelligence and thank Heaven for that. We need a guy this powerful to have a weakness that can be exploited. But with geniuses like Luthor around telling him what to do, that weakness suddenly doesn’t sound too good.

Black Manta is an underwater villain with lasers in his helmet’s eye pieces and a grudge against the racism of the surface world. Feeling that hatred was ruling supreme on the land, he decided to take control of the oceans where hatred hadn’t yet firmed its grip. Unfortunately, he carried this hatred with him and tried to take control by force which prompted Aquaman to intervene. And like Luthor and so many others, he had the same supervillain power of being able to hold a grudge for eternity.

But eternity for a mortal is one thing. What if you’re functionally immortal like a self-repairing android? One that’s come from some distant planet that’s more technologically advanced then our own with the benefit of having traveled space and gathered a large amount of data already. That’s Brainiac in a nutshell. It’s no wonder he can feasibly take on a powerhouse like Superman. This guy’s got the experience and expertise of thousands and an insatiable thirst for more.

Leonard Snart is just your average low-life criminal with an above average super-powered weapon. That weapon is a gun capable of freezing whatever he aims at. Word on the street is that he didn’t even invent the thing himself; it was a prototype gun that got augmented accidentally. Still, he was smart enough to take this serendipity and convert it into making a name for himself: Captain Cold. But the problem with guns, so he learned soon enough, was that it wasn’t worth much if you couldn’t hit the target. And when your preferred target has the nickname “Fastest Man Alive,” suddenly your superpower doesn’t look so hot.

Her “secret” identity probably reveals more about her that her villain one: Priscilla Rich. Wealthy? Undoubtedly. High society? Originally. Although based on the crowd she hangs out with now, she’s probably found a sharp decrease in the number of invitations she receives. Priscilla’s powers are not natural; they are periodically granted to her by a higher power. Of course in the DC Universe this doesn’t exactly narrow the list of suspects by much. The powers bestowed upon her allow her to be the human equivalent of the powerful feline from which she derives her business name: “The Cheetah.” Few people can match her strength, speed and grace or withstand her brutally sharp claws. Wonder Woman, however, is definitely one of those few, which she has proved time and time again.

I don’t know much about the woman who calls herself Giganta other than she has the ability to increase her size which also increases her strength and endurance. Different informants of mine have depicted her powers as coming from radically different sources from Native American magic to super-science. There have even been rumors she was once a gorilla for crying out loud. Maybe I’ll learn the truth during the course of this investigation. She may be able to grow to monstrous proportions, but the Justice League can still cut her down to size.

Speaking of gorillas, the rumor mill is always active about Gorilla Grodd. They claim that somewhere in the heart of Africa is a hidden city that is extremely technologically advanced and shielded from humanity’s prying eyes. And this city was built and is populated by intelligent gorillas. Grodd was reportedly one of the most brilliant. He honed his mind to such sharpness that he was able to develop psychic powers. Apparently he got on the ruler’s bad side and fled Gorilla City, ending up somewhere in central USA which put him in the Flash’s jurisdiction. You can guess how happy Grodd was about that.

Then there’s the Riddler. Once again we see an evil genius but one with two problems: Batman and himself. If there’s one thing I can say with certainty it’s that committing crime in Gotham City is a bad idea. Now, imagine doing that while purposefully leaving clues to where you’re going to commit crime next while the superhero community’s greatest detective is hot on your trail. The question is, “Why doesn’t he stop leaving clues?” The answer? He simply can’t. He was traumatized in his youth to always tell the truth no matter what. His only hope was to disguise the truth he compulsively must tell by making it into riddles of masterful complexity. But solving puzzles like that is what Batman does best.

Batman has a second thorn in his side that joined the Legion of Doom. Jonathan Crane was called “Scarecrow” long before he became a supervillain because of his scrawny physique and tattered clothing. Destiny must have enjoyed the joke because Crane had developed a passion and talent for fear and phobias by becoming a psychiatrist who was widely recognized as being unbalanced. After developing chemicals and gases that not only enhanced the magnitude of people’s fears but also caused specific fears he could then exploit, the Scarecrow came into his own as a supervillain. Luckily the Batman’s not afraid to face all manners of fear.

They say that power corrupts and absolute power corrupts absolutely. And who wields more absolute power than the members of the universe’s peacekeeping force, the Green Lantern Corps? Each member is armed with a ring that can literally do anything they can imagine. Sinestro was once a Green Lantern in good standing, but the power went to his head, and he was stripped of his position and weapon. But apparently the Corps has enemies who are equally as innovative, and they made a very effective counterweapon: a ring that does everything a Green Lantern Corps ring can, but without the yellow weakness and in a form that Green Lanterns can’t directly touch. Sinestro has this ring.

Then there’s Solomon Grundy. This guy’s been a problem since the last generation of superheroes and probably will be one for the next. Grundy was born from the swamp, supposedly when plant life surrounded and animated some criminal who had been fleeing through it and died. This zombie-like creature, wearing the dead man’s clothes, emerged with no memory of his own identity remembering only that he was “born on a Monday.” Some wise guy, recognizing the phrase from a nursery rhyme, dubbed him Solomon Grundy after the rhyme’s main character. Grundy is a strong, damage-resistant monstrosity who can take as good as he gives. Like many of the most powerful villains, however, his greatest weakness lies between his ears.

The Toyman brings up the alphabetical rear of the Legion’s roster. He’s another human without superpowers other than his inventive mind and technical skills. But his forte is converting the harmless into the extremely harmful by designing children’s toys that serve his sinister desires. In a sense, he is the most dangerous of all. His silly-looking marionette costume and his seemingly benign tools probably trick everyone into repeatedly underestimating him. He can potentially get closer to his targets than any of the others because he inspires others to let their guard down. And that’s a powerful gift.

Word on the electronic superhighway is that, in this tale, the Legion’s got a few more members than the original thirteen. Who they might be is a mystery as intriguing as the series itself.

I got to the comic shop and my informant was as helpful as ever. He had saved a copy of the fast-selling issue just for me. I only risked a quick glance at the cover knowing that, if I stared too long, I’d start reading right then and there. You have to admire the artwork of the Justice League of America leaping fearlessly into battle. I saw the names of the creators on the cover too. Ross. Krueger. Braithwaite. I realized I needed to know more about each one if I was going to understand and appreciate what I was about to see.

Alex Ross (Story and Art) is a comic book artist of much renown. His characters and art have such a realistic feel, you’d swear his subjects posed for him. His previous works include Marvels and the Earth X series for Marvel Comics, Astro City for Image Comics and Homage Comics, and Kingdom Come and a whole host of specials for DC Comics. His work is impressively detailed and obviously a large investment in time. From this, I gathered my first premise: If Alex Ross is willing to invest the time to do the series, you can bet the story’s worth investing the time. I made a bookmark of his website.

Jim Krueger (Story and Script) has worked with Ross before (on Earth X) but has numerous accomplishments of his own. In addition to working on other Marvel Comics projects, he’s the man behind such original comics as Alphabet Supes, The Foot Soldiers and The Clock Maker. He wrote, directed and produced an award-winning short film entitled They Might Be Dragons. This guy’s worth watching, I thought, so I noted his website, too.

Doug Braithwaite (Art) got into the business at the early age of 17 and has made quite a name for himself. He worked with Ross and Krueger on the Earth X series and has worked on numerous Marvel and DC characters including Batman, Green Arrow and the Punisher. In Justice,he’s the guy making the conversion from inspired story to life-like art, doing the pencil work before Ross does his thing. He, too, is worth watching here.

This is a mystery worth the investment of my time, I knew. It would have to be with the issues coming two months apart – an eternity for any mystery lover. But I was prepared and eager to start. 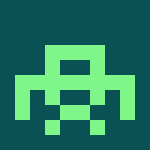