As near as I can tell, this is all Grant Morrison’s fault. The very path I find myself walking has probably been inspired as much by him as anyone. It began with an off-hand comment in an interview on the PopImage website. Morrison mentioned that he had “developed a ‘modular storytelling’ technique.” I’m an English major, so I just had to bite. “What is modular storytelling?”

Modular storytelling became a field of study with the rise of video games. Where narrative had traditionally been a passive experience for the audience, video games incorporated the audience (in this case, the player) in the story in a very active way. As video games grew more technologically complex, the stories occasionally followed. While game narrative remains largely linear, optional side quests and backstories began to develop. These optional elements could be experienced at any point in the game. They were not required, but they added new challenges or story elements. In the case of a game like Final Fantasy VII, an optional character (Vincent) fills in backstory to the main plot. It is not necessary to add this character to your team; you can still enjoy the main narrative without him. Finding him, however, adds new details to a game that already has a complex story.

Essentially, modular storytelling has become a method of storytelling that is a nonlinear arrangement of equal, yet complete, modules. Each module may be understood by itself, but when combined with other modules, it becomes a larger, deliberate narrative. (I say “deliberate” here because it could be argued that all comics are modular in some way. Each individual title in a given crossover could be seen as modular.) Due to this modular arrangement, the audience has the option of not passively consuming the story. And so Grant Morrison, being the mad, tripped-out genius that he is, decided to incorporate this storytelling method to a comic book. That project became DC’s Seven Soldiers of Victory.

Seven Soldiers of Victory has been a recurring team throughout DC’s history, but Grant Morrison’s version involved a team of seven minor DC figures fighting off a prehistoric invasion force of Sheeda warriors. The Sheeda were a race that existed long before humans, and they travel through time, ravaging human civilization for sustenance. After each invasion, they leave just enough humans alive to seed the next civilization. They live in constant awareness of a prophecy that speaks of their downfall at the hands of seven soldiers, thus any grouping of seven warriors is attacked. This is the metanarrative of the series. A group of metaphysical architects (or should that be “editors”) decides to bring together one final team of seven to finally destroy The Sheeda. This time, however, the members would never meet one another. If there is no overt grouping of seven, then there is nothing for the Sheeda to observe and attack. Each member fought their individual battles, and each victory contributed to the meta-victory. Each character’s involvement in the story, therefore, is a module.

What finally made me fall in love with this series is the format. Seven Soldiers begins with Seven Soldiers #0, runs through seven four-issue miniseries, and concludes with Seven Soldiers #1. Each miniseries gives a separate story; each character plays with his or her piece of the puzzle. Some of the characters have more explicit encounters with the Sheeda, while others seem to have no encounters. Seven Soldiers #1 shows how all the plot threads are connected. And what I love about this format is that it almost appears to be a jumbled mess. When I first read it, I had a lot of trouble making sense of it. I merely dismissed this as the Grant Morrison style. But this is a half-truth. Seven Soldiers is modular storytelling with a Grant Morrison spin. He is applying to print what has traditionally not existed in print (except, possibly, in table-top RPGs and Choose Your Own Adventure books).

Seven Soldiers may be read in any order. Each miniseries gives clues to the metanarrative; each miniseries may answer questions posed in another miniseries. At no point is there a major, all-encompassing info-dump about the Sheeda. The audience is left to pick up the clues as best they can. This is a series that rewards multiple readings. I believe that the enjoyment of Seven Soldiers hinges on how much work the reader is willing to put into it. The way in which each module is intertwined with the other modules and the metanarrative is often mind-blowing. We get the typical super-hero crossover, in which our heroes repel an epic threat to the Earth. We also get to see the family dynamics of The Sheeda’s queen Morgayne. She’s a bad mother and a bad wife. Her husband Melmoth left her long ago, as did her daughter, who becomes Zatanna’s apprentice. We get to see The Shining Knight fall through time from Camelot to present day; we see Zatanna deal with powerful forces she accidentally unleashed when she tried to conjure her perfect man; we see Klarion the Witch Boy seek adventure; and so on (times seven). Each miniseries takes on its own topic and story but also offers clues to the history of The Sheeda and the Harrowing. Secondary characters flow in and out each module, in much the same way characters from Lost have interconnected pasts. And through the actions of the modular characters, the Seven Soldiers of prophecy emerge.

There is so much deeper we can go with Seven Soldiers (showing trends in Grant Morrison’s writing; how mythology intersects with comics; how Seven Soldiers illustrates emergentism), but to do so can remove the joy of discovering these things for yourself. When it comes down to it, I love the puzzle this series presents. Like Frankenstein (or the Miser’s Coat) it is a patchwork of disparate parts sewn together by a master. It rewards countless readings and delves into multiple genres. It has inspired me to take another look at what can be accomplished in fiction. I’m fascinated to see, in light of developing technologies, how storytelling evolves. And it all began with Grant Morrison and Seven Soldiers of Victory. 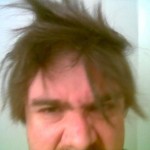