What a Difference a Year Makes #1

Greetings, and welcome to what I hope to be the first of many articles in this series. As the title implies, I will be discussing the events surrounding DC’s “One Year Later” (OYL). The events of “OYL” offer hope to readers, both new and old alike. These titles are good for new readers because it gives them a jumping on point into the action with out having to worry about past story arcs. The titles are great for long time fans as well because they bring in new creative teams and fresh stories. So, let’s begin the examination with a brief over view of what “OYL” is.

What a difference a day makes, or should we say a year? That was the big question looming after the end of Infinite Crisis, DC’s epic storyline which ran through the entire length of its universe. So, just what exactly is “One Year Later,” and why is it important for readers, new and old alike?

At the conclusion of Infinite Crisis, we saw the Big Three (Batman, Wonder Woman, and Superman) decide that it was time for them to take some time off to retrace their origins. In the wake of that decision, we are to assume that major changes have shaken up the DC universe for both the better and the worse. When the titles began with the jump forward in time, we were thrust right into the thick of the action. For most of the books, the change was more in tone and mood of the book; characters’ attitudes have changed, and we have seen some of the younger characters grow up and mature.

For example, in the book Outsiders we have seen the roster go through a slight change since the conclusion of Infinite Crisis. The former rogue Boomerang has been added to the cast and we also see the return of Metamorpho to the group. The team now takes on new missions which turns the superheroes into a black-ops squadron.

While some heroes grow darker, on the other end of the spectrum we see Robin, The Boy Wonder, grow and change; adopting a new costume, the young hero takes flight in both the Teen Titans series and his own. In Teen Titans, we see him as the leader of the team, surer of himself and much more confident than he has been in years. It’s been a year without the Titans for Cyborg, and he has some catching up to do. The roster has gone through some changes, adding in Marvin and Wendy, Ravager, and Kid Devil. While in the Robin monthly, we see the Boy Wonder framed for murder of an ally he didn’t commit.

In the Batman titles, both Batman and Detective Comics, we see a change in the overall tone and mood of the character. It’s still the same Batman, foes, and allies, but the books read like much more like the classic Detective Comics. This is no longer a brooding Dark Knight, but he is still a dangerous adversary to crime. In his first story arc, tying between both titles, a deadly serial killer is running loose in Gotham dispatching criminals with lethal justice.

In Birds of Prey, we find that Black Canary has been away for some time and that Lady Shiva, now being called Jade Canary, has taken over her duties temporarily. Also joining the roster is former Justice League Task Force member, Gypsy. The Birds are in a race to save the Crime Doctor’s daughter and his life from the hands of one of the most dangerous villains in the DC Universe.

In the Superman titles, Superman and Action Comics, we learn what the Man of Steel has been doing during the year away. Will the City of Tomorrow see its savior once again?

There is a new Aquaman in the re-titled monthly, Aquaman: Sword of Atlantis. We find this new Aquaman aligned with the King Shark and the Dweller of the Depths in an effort to protect the seas.

In Nightwing, Dick Grayson takes Manhattan, but is the Big Apple too small for a murderous Nightwing imposter?

The all new Firestorm is made up of Jason Rusch and Firehawk in the wake of the mysterious absence of Dr. Martin Stein.

Why isn’t Selena Kyle Catwoman, and who’s taking her place?

In Manhunter, Kate Spencer is now a defense attorney for superhuman cases and is still working for Mr. Bones and the DEO.

Oliver Queen, Green Arrow, has been elected the new mayor of Star City in the wake of the disaster which struck the city during Infinite Crisis.

And finally, Hawkman has been re-titled Hawkgirl; what changes have happened in the year’s disappearance of Hawkman?

As you can see, the listed titles above only begin to scratch the surface of the new face of DC Comics. There are still several new titles which I have yet to mention but will save for a later column. One could say that this is the second coming of the Golden Age of comics, where the comics themselves are being brought back to the foreground of the American mainstream. If this is true, then the work which is being done by DC only goes to validate the foothold that comics, and more importantly superheroes, have taken in Americana.

Hopefully, with the groundwork laid by Dan Didio’s editorial staff at DC, the writings of such scribes as Geoff Johns, Grant Morrison, Kurt Busiek, and power packed art work of Terry Dodson, Keith Giffen, Joe Bennet, and John Byrne, I can truly say, with out a doubt, that the future of comics is in good hands

My name is Brandon Christopher and I am a member of the DC Nation, are you? 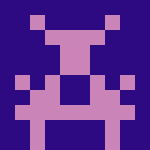