Adam West, star of the 1960s Batman TV series, passed away in 2017. He will no doubt be warmly welcomed into heaven by former co-stars Bruce Lee and Van Williams. The three, along with the still living Burt Ward (Robin), joined forces fifty years ago when ABC aired a Batman/Green Hornet crossover episode. It gave 1967 audiences a rare opportunity to see very different heroes fight crime together. This team-up would serve as a template for handling superhero properties in the future. Eventually West, Lee, and Williams would all be perceived as heroes as much for what they did off camera as for what they did on it.

This 1967 episode of Batman was an influence on the team-ups that are all the rage nowadays. Marvel’s cinematic empire is predicated on the idea that audiences love seeing heroes from different films come together. DC has successfully used this formula to create an “Arrowverse” in which characters from Arrow share adventures with their counterparts from other television shows airing on the CW network. Justice League attempted to do the same thing on the big screen.

The team-up that started it all was the brainchild of William Dozier, the executive producer of both Batman and Green Hornet. The campy tone of Batman had captured the public’s imagination, but the more seriously played Green Hornet struggled to find an audience. Dozier hoped that an appearance on Batman would boost Green Hornet in the ratings. Despite differences in tone, these shows had enough similarities to suggest that fans of one ought to be fans of the other. They sported the coolest cars of their day, the Batmobile and the Black Beauty. Additionally both shows featured wealthy socialites that donned costumes to fight crime with young partners.

Some have argued that Batman is a more interesting character without Robin, but the same has never been said about the Green Hornet and his partner Kato. Their adventures were first broadcast over the radio. While there were episodes in which Kato did little more than drive the Green Hornet around in the Black Beauty, the most interesting ones were those in which Kato was an active partner. The Green Hornet has always benefitted from a little help. His very existence stems from a crossover of sorts. When George Trendle and Fran Striker created him in the 1930s they also established that he was related to another one of their creations, the Lone Ranger. Despite the fact that both icons had long-running radio programs and were also featured in movie serials and on television, their first true team-up did not happen until 2016 when Dynamite Entertainment published The Lone Ranger/Green Hornet. This limited series depicted an elderly Lone Ranger finally working with his great nephew.

The Green Hornet did not have to wait so long to share an adventure with Batman. The crossover episode successfully integrated the more serious Green Hornet and Kato into the campy world of Gotham. The fact that the Green Hornet masquerades as a villain to better infiltrate criminal organizations provided the perfect pretext for a fight between the two pairs of heroes. It remains the episode’s most memorable sequence. Batman and the Green Hornet were evenly matched. The fight between Bruce Lee’s Kato and Burt Ward’s Robin was another matter. Kato’s barrage of high kicks would easily have overwhelmed the Boy Wonder had writers not decided to end both fights in a draw to avoid offending fans of either show.

While the crossover did not generate enough support to save Green Hornet from cancellation, Bruce Lee would ultimately land on his feet. The same feet that had pounded away at Robin found new life when Green Hornet was re-run in Asia. It was rebranded The Kato Show for the Asian viewers who came to idolize Bruce Lee. By 1971 he had parlayed the popularity he earned playing Kato into a movie career. The Big Boss, Fists of Fury, and Way of the Dragon made him a huge star in Asia. Enter the Dragon, a film Lee co-produced with Warner Brothers, made him internationally famous when it was released in 1973. Unfortunately, Lee had died a few weeks earlier due to a cerebral edema. At just 32 years old, his total body of work was small but his impact was profound.

The strength, skill, and charisma he brought to the screen obliterated the stereotype of Asian males as weak and subservient. His hero status among Chinese people had been solidified after the release of Fists of Fury, a film set in early 20th century China. Lee’s character did not accept the insults and humiliations being doled out by the Japanese and Western imperialists that controlled China at the time. As he used his martial mastery to subdue opponents, he became a hero not only to the Chinese but also to anyone that felt oppressed and downtrodden. Lee is also a hero to the multitude of martial artists that began their studies after seeing him in action. After examining the voluminous philosophical writings he left behind, many have also come to revere him for his ideas concerning self-actualization and the power of positive thinking.

One Bruce Lee adage that many find helpful is “Always be yourself, express yourself, have faith in yourself.” We will never know if Lee conveyed this directly to his on-screen partner but Van Williams certainly seems to have taken it to heart. Although he continued to land guest spots and even another series after Green Hornet’s cancellation, his desire to act seemed to fade with each passing year. He did not want to be a part of what he described as the phoniness and backstabbing of Hollywood. By the early 1980s, he had walked away from acting completely. His face would no longer be a part of the television landscape, but Williams was okay with that, saying, “I’d gone into acting looking at it as a business, not necessarily to be a celebrity.” He went into a new business-telecommunications. He established a company that rented out pagers and two-way radios to movie studios and other businesses at a time when they were cutting-edge technology.

Acting did not define who he was as a person, but helping others through acts of heroism did. While running his telecommunications business he also worked as a reserve deputy in the Los Angeles County Sheriff’s department. He derived particular satisfaction from working with their search and rescue team. Williams augmented this real life heroism with a stint as a volunteer firefighter. He suffered damage to his lungs and back while on the job but his desire to help others never wavered.

In a striking example of art imitating life, Williams even solved a real life crime caper. Over the years he had established a number of repeater stations in southern California that boosted signals from two-way radios and allowed his clients to communicate over longer distances. In 1992 it became apparent that a group of unauthorized individuals were using his frequency. “They’d get on there and talk about parties and smoking pot and everything else you can think of,” Williams said.  “They used vulgar language that outraged my customers’ female employees.” Several companies found it so disruptive that they ceased using Williams for their telecommunications needs. When Williams got on the air to tell the interlopers to knock it off, they threatened to bomb his house, office, and communications equipment.

Like his superhero counterpart, Williams took the streets in a vehicle loaded with high-tech equipment. It wasn’t exactly the Black Beauty but this van did have radio-direction-finding equipment that allowed Williams to zero in on the culprit. Working with the police he was able to bring the perpetrator to justice and secure his communications network once again. By the time Williams passed away in 2016, it was clear that he didn’t need the hornet sting and gas gun to be a hero.

While Williams had to patrol the streets to find criminals, Adam West relied on being in the right place at the right time. In his book about the Batman TV, series West discussed the day he was relaxing on the beach when a man with a machete attacked a couple a few feet away. After inflicting minor damage, the assailant fled. West gave chase and finally disarmed the man by whacking him with a chaise lounge. He then used the same beach furniture to pin the man to the wall until security arrived. Batman couldn’t have done it any better.

Despite this heroic behavior, the many people who apply the word “hero” to West do so for very a different reason. He is a hero to the children who learned to set their moral compass by watching him do the right thing week in and week out as Batman. Thanks to syndication, children from one generation to the next experienced West’s portrayal of Batman for themselves. They then carried that positive influence into adulthood.

One such person was podcaster and radio personality Ralph Garman. He had grown up as an Adam West fan so when the two of them finally worked together on a comedic piece it was a dream come true. Recurring voice-over roles for both of them on Family Guy kept the pair in touch and a friendship developed. Garman spoke about their friendship on his podcast with Kevin Smith the day after West’s passing. Fighting back tears, he talked about the moment it dawned on him that “my hero as a child who was a hero because he was a superhero had become my hero as an adult because he was such as good man . . . “

Not everyone was fortunate enough to know West the way Garman did, but that does not diminish his influence. Batman ran for three seasons and, in that time, brought superheroes beyond a niche audience and into mainstream society. Perpetual reruns ensure that West remains a presence in the lives of millions people. Many people that grew up in the 1960s and 1970s were likely introduced to the superhero genre not by comic books but by watching Batman. As they grew older, some of those viewers preferred a darker interpretation of Batman but they never forgot it was West’s Bright Knight that inspired their love of comic books and superheroes.

West, Lee, and Williams are still making their mark in comic books. A 2014 Batman mini-series penned by Ralph Garman and movie director Kevin Smith once again brought together the 1960s versions of the Caped Crusader and the Green Hornet along with their respective partners. Dynamite Entertainment has continued to release new Green Hornet comic books, and in 2016 Bruce Lee starred in his own comic, The Dragon Rises. That project, published by Darby Pop, was authorized and co-authored by his daughter, Shannon Lee. It is a pleasure to see their new acts of heroism on the printed page, but the impact of these three men goes far beyond what their characters did or continue to do. They are real life heroes that will forever be in our hearts.

1. The film was released in America under a different title, The Chinese Connection.

2. With the exception of his 1993 cameo as the director of the Green Hornet show in Dragon: The Bruce Lee Story. 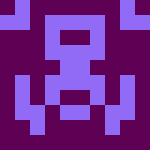 Steven Ronai grew up reading comic books and watching kung fu movies in New York. He earned his undergraduate degree in History at Ithaca College and received a master's degree from Stony Brook University. He also developed a healthy appetite for science fiction. His appreciation for comics, movies, and martial arts has stayed with him to this very day. His articles on martial arts history and movies have been published in Black Belt Magazine and Tae Kwon Do Times. Steven continues to write while teaching history to high school students in New York.