The Politics of Universes

The superhero world is in bit of a rumble.

Recently, Zack Snyder dropped another of his completely predictable little bombs, and we suddenly have a very familiar looking Aquaman on the blocks. (Did anyone notice the sarcasm?) The usual drill of mass jaw-drops, hysteria, trashing and trolling later, there is still something that keeps tingling our nerd-glands as we hurtle towards the Dawn of Justice. Even at the risk of alienating their greatest loyalists, in fact them more than the new fan boys, DC-WB has already changed the super-hero genre of films in a subtle but profound way. Yes, without even releasing their second film. Marvel on the other hand is cruising on its tried and tested route of universe-assembling, with Spidey’s welcome-home party becoming the next hot event on its calendar. And the MCU’s critical and commercial success means they would not easily deviate from the approach they have so far maintained.

But what does this all mean for the superhero? DC’s approach to universe-building is markedly different to Marvel’s assembling-a-universe. Why and what is DC planning on? And most importantly, thanks to the cinematic obsession with a ‘universe’ continuum, have the superheroes silently stepped into a new age altogether?

Of course all our discussion takes place in speculation-verse, until the Age of Ultron and Dawn, but then speculation is the fan boys’ bread and butter right?

First of all, when we talk about Marvel and DC we are basically talking about two separate myth-cycles. In ancient Greece for example, the saga of Troy was a particular myth cycle, the journey of Argonauts was another, and the creation myths were yet another. These cycles are particular sets of interlocking interconnected events, with characters which weave in and out of each other’s tales. Of course today these myth-cycles are so elaborate, in their reach and scope, that they are quite literally “universes”. And parallel universes too, spread across media – animated universes, comic book universes, and cinematic universes. What we have then is a modern mythography, the telling and retelling of tales which are open ended like the ancient oral tradition – easily taking on the shape of the situational and contextual frame that one needs to put them in. Steve Rogers did a WikiLeak in Winter Soldier, for instance.

So when Marvel was planned to introduce a cinematic universe, they were actually bringing on an entire myth cycle onto the big screen. But that’s not as easy. The thing about oral literature, or any plethora of tale where each tale has evolved into a multiplicitous hub of retellings and versions, is that you ultimately will have to pick one strand or mix-n-match several strands to make one, which can then be mounted onto the screen, as a single coherent universe. Rehashes, reboots and retellings will come, but in time and not simultaneously. The simultaneous playing out of ‘what next’ temporality and ‘what if’ spatiality of the image-text narrative gets lost.

However, the initial approach to movie rights distribution by Marvel was very similar to prevalent practices in comics. Just like in comics, where different artists and writers would research the canon and come up with stories which may or may not coincide with one of the numerous continuities established within the canon, Marvel sold rights of its characters to different leading film studios and these in turn hired different production teams to set up varied and often contrasting cinematic tales. This would have made their superhero cinema truly a multiverse. But then entered profit. And with its latest deal with Sony, Marvel is now decisively moving towards a singular uniform cinematic universe for its superhero line.

Now when we talk about the two comic book canons – DC and Marvel – DC always had gods among men. Supra-humans rather than super-humans. That ways the DC comic book universe has always been grander, more fantastic and its success with fans over the Marvel comic books is partially due to this. One might as well think of DC as high-fantasy – completely fictional characters involved in un-real events, in a completely fictional world. Yes, this fictional world is very much like our own, but not quite our own. DC tales take on a metaphor-like character then.

Marvel on the other hand was alternate history, right from punching Hitler in the face to post-9/11. So if DC took the tale to beyond humane, Marvel simply took the next step within the humane. It made the human world walk a few steps out and meet aliens, gods, and magicians mid-way as they were all embarking on their great pilgrimage to earth. In Marvel every other super hero is a scientist or an inventor or a scholar. Pym, Stark, Parker, Reed, Banner, Xavier. And mostly heroes and villains are trying to reach the next step in human evolution – technical or physical or genetic. A failure or success in the same vein defines the character. In Marvel’s alternate history, the human race has already taken the next step – the superhuman – even as events current to our world take place unperturbed.

The MCU took off from here. It fits that the MCU itself grew simultaneously as new films started rolling in. In fact, the Assange and Snowden revelations brought the existence of an organisation like SHEILD closer to a real possibility. This gave them a very authentic seeming lynch pin in Nick Fury and his covert operation team, around which Marvel then assembled its Universe, fitting in a small spoiler here or a tiny link there as they cruised through their films.

DC has its work cut out. In a world which is post nine eleven, post Iraq, post tsunami, post WikiLeaks, post Osama, post god-particle, post He for She, post Syriza and through Islamophobia, Supermen and Aquamen are sheer fantasy. Even the Batman is a form of sociopathy so rare that none of the 1,645 Billionaires in our world has ever thought of wearing a Kevlar. Note that Wayne is not Stark. He is not a tech genius, flaunting his works for the good of mankind. He is a hooded detective, roaming dark allies in the night, relying more on his insanely brilliant skills of deduction than his gadgets, which no matter how brilliant do not match Stark’s inventions. (Yes, a couple of bat-fans murdered me last night for this.)

So if DC has to bring in its insane, impossible Gods-on-Earth, to Earth without a Platform 9¾ in between, it has to do something completely original. Therefore, DC’s reboot, unlike Marvel, is not about the human technology taking the next step, and finding itself as part of a bigger universe. It is more like a whole army of universes coming home to our world and saying hey, guess what you are not alone – exactly the words which Zod uses in Man of Steel. That way it’s quite logical, building up from the coming of Superman. Suddenly, on one fine day we realise an alien, and one with godly powers at that, has been residing amongst us. And then there are whole worlds knocking on our door like we are the next big thing in the galaxy!

Coming back to Aquaman, he has added a very interesting layer. Parallel worlds or universes, are not simply alternate realities. At least not only in terms of space-time dimensions. Alternate realities or parallel worlds can also mean hidden cultures and civilisations and people, which our civilisation wasn’t aware of. And that’s where Jason Momoa’s Aquaman seems to be coming from – not a hallowed ancient Greek dream of divine culture but a tribal empire hidden away, not in a forest but under the ocean – something untouched by the conventional western definition of civilisation and hence ‘uncivilized’ and ‘wild’.

Therefore, if the Snyder-bombings are anything to go by then, DC is clearly writing down a master script and then progressing accordingly, with each film becoming a chapter in the larger narrative rather than small narratives pointing on to a larger universe. It’s not assembling a universe, it’s building one. And I would say that’s both smart and risky. DCCU has no space for growing. Instead it just happened – BAM! On both levels. With MCU growing up so fast, and DC fans increasingly becoming disgruntled at its inability to construct a similar universe, it really does not have the time to progress as systematically as its arch rivals.

So, coming back to the whole modern mythography line of argument, DCCU will have to be more, jagged and jarring retelling of the established myth-cycle. With no SHEILD or Nick Fury to smooth things out, every meeting will be a confrontation. The blond haired Aquaman who was a walking troll in the nineties has to be replaced with the beast Snyder recently dropped. Superman, also, cannot be a boy-scout in red underpants anymore. I know how cinema goers cheered Captain America, Marvel’s own boy-scout, for remaining true to his good-ol image even in a twisted world, right after Superman chose the break-neck path, and how DC was booed for getting obsessed with darker shades. But like I said, they are in a tight spot. Steve Rogers is in no way as jarringly out of place as Kal-el is on Earth. In DC, Earth’s humans and Supra-humans will have to adapt to the sudden and massive change in the world they knew and believed in. It’ll have to be fast. And it won’t be pleasant.

The universe building has become a pressing concern now, with both DC and Marvel, with coherency counting more than vibrancy. DC’s quick rehashes of its comic-verse – New 52 and then post-Convergence – too can be pointing to the market-driven need for grounding its characters in a ‘coherent reality’.

Well, for DC the heat is on. The way its cinematic universe is shaping up it can prove to be something really revolutionary, if it is handled with patience and regard, both by its makers and its viewers. If not, heartaches are on the cards, on both sides. 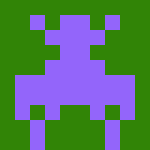 Debarghya is an imaginary character (most likely a dwarf and as grumpy as any) stuck in a wrong world. He currently masquerades as a student of English Journalism at the Indian Institute of Mass Communication, New Delhi, India. He would rather flourish swords and wands, however is bound to flourishing pens and ink stained papers. But since that cannot be remedied, he will keep throwing vicious lampoons and caricatures, biting satires, and mind numbing articles full of jargon fit to liquidify your cerebellum. So, quite a charming personality altogether.