The Past, the MRA, and the Watchmen

“Never, I will kill my victim(s) if you fail to do as I say,” replies the Generic Villain

After a tense standoff, our intrepid Generic Superhero comes up with a way to save the day with no life lost.

Back in the day that could be a typical scene in almost any superhero comic book published. The hero always defeated the villain and no innocent lives were lost. Of course, this was also during a time when most comic books were written for kids. As those readers matured, so did the type of stories they wanted read and, due in no small part to the perception that comic books were for kids, those readers found other literary devices they wanted to explore and left comics behind altogether; some did stick around.

In the late 60s, thanks to the efforts of Marvel Comics in general and Stan Lee, Jack Kirby, and their contemporaries in particular, comic books began to undergo a metamorphosis of cosmic proportion. Even though a lot of the comics in the 60s were just as clichéd and over the top as ever, the big change came in the recognition that even a superhero has flaws. As Marvel began shaping their infant universe it became apparent that some readers were identifying with this type of hero; flawed heroes who took on distinct personalities, unlike the previous era of Superheroes whose stories could be written with almost any character filling the roll of hero. Soon a new breed of creators would make an impact and provide the next step in the evolution of comic books from children’s reading to a guilty pleasure of teenage boys and some girls.

During the late 70s and early 80s, a wave of creators entered the comic field and brought with them a new perspective to sequential storytelling. Heroes, especially in the Marvel Universe, more often than not began to confront real world issues from drugs to racism to war, with everything in between thrown in for good measure. These themes were incorporated into storylines and added a new dimension to the reading experience by giving them a “real world” perspective.

While these creators were taking on the relevant social issues of their generation, there was one common thread that existed throughout – the innocent, defenseless and weak were always protected and/or saved by the hero. Yes, main characters with links to a hero would die, but rarely just random people. The death of the innocent was all but avoided, unless it was off-panel, the death happened to an alien (still can’t quite figure out why alien death was so inconsequential – but that’s a different article all together) or a robot was destroyed, but that would soon change.

The first salvo in the maturing of the comic book medium was arguably due to one creator and a bunch of uncanny mutants.

Chris Claremont is a comic legend whose name is all but synonymous in the comic book world with the X-Men. Even though Claremont currently has his own pocket corner of the X-Universe, stories being told within the main X-Men titles can all be traced to Claremont’s definitive run on the Uncanny X-Men. Even Grant Morrison understood the importance of Claremont’s run.

When Claremont started on “The All New, All Different X-Men” in Uncanny X-Men #94, it was clear that a new type of hero would soon emerge; heroes that were hated and feared but still fought for the greater good. These were heroes who, underneath their vast powers, were merely human and, like most of us, were just looking for a place to belong and be accepted.

With the aid of John Byrne, Claremont was the first creator to introduce me to the concept of superhero registration in the form of the Mutant Registration Act (MRA). The Mutant Registration Act, in its most simplistic terms, was a way for the government to register and keep track of mutants due to the fears of a handful of radicals who were able to convince others that their fears were becoming reality. The one thing we learn about fear is that it is contagious and spreads like a plague if allowed to move unchecked.

Claremont and Byrne gave us a glimpse of a possible future in the “Days of Future Past” storyline, in which an adult Kitty Pryde travels to the past in order to change the future. Through the course of the storyline, we are shown a future in which the MRA is enacted and all mutants are either put in concentration camps, are dead or take part in a rebellion against the Sentinel army that was utilized to keep the mutants and their population in check. Through the eyes of a young Kitty Pryde we are allowed to glimpse just a moment of that possible future, but it was enough to keep the X-Men on their toes over the years in order to ensure that future never came to pass.

As the mutant population boomed, more and more mutants were coming into the world, more powerful than the ones before them. Through it all, the X-Men tried to keep the others in check, even going so far as to allow any mutant who was willing, to become a part of the X-Men tradition. Over the course of the last few years, a lot of devastation has been put upon mutants; from Cassandra Nova’s Sentinel attack which destroyed Genosha and killed over two million mutants to Wanda Maximoff’s infamous “No More Mutants” which left, more or less, 198 active mutants in the world. These upheavals have sent the fervent mutant haters on a new, more frightening agenda; the total destruction of the mutant population and why not, after everything that has happened it must be divine intervention that is lending a hand to their agenda.

One can’t help but wonder when a situation will occur to make that argument against other heroes who gained their powers through accidents, government experiments, magical teachings or technological enhancements. What if the government decided to ban the superheroes all-together? It would take a legendary writer to really test that theory on mainstream readers; enter Alan Moore and Dave Gibbons.

Who Watches the Watchmen?

When I was younger, I was introduced to arguably one of the greatest creators to ever enter the field of comics. I had never heard of the name Alan Moore as my reading list included all things Marvel and an event known as Zero Hour (my first real immersion into the DCU). I picked up the first issue purely on a whim as #1 issues seemed to be selling like hotcakes on the back issue market. Never in my wildest dreams could I fathom what I was about to read.

What Alan Moore and Dave Gibbons did to the world of comics was more an expansion of an idea that seemed to be taking hold in the mutant titles of the 80s, carried one step further. Rather than taking the route of registering superheroes all-together, Moore created a world where those heroes were banned all-together and only allowed to operate, although covertly, under certain circumstances. It was my first experience in the world of adult comics, and it was in a book I had no real interest in. I only bought the title in the spirit of making a fast buck on the back issue market. That title was Watchmen.

When Watchmen was first published in single issue format, I bought them, bagged and boarded them, and allowed them to sit in my long boxes for almost two years. Due to a lack of money, I had to cut back dramatically on the titles I was buying and was looking for something new to read and stumbled on my unread copies of the series. By the time I finished reading the first three issues, I was awestruck. Never had I read a comic book that had so much depth and complexity. The world that Moore and Gibbons created in Watchmen was something I had no experience with at the time, and it caught me completely by surprise in terms of the overall breadth and depth of the story. There was so much that was happening all the time that I felt like I would get lost in the story, but fortunately never did. Moore and Gibbons were very adept at moving the story along while managing to bring characters to life. With so much going on, it was really a throw away concept that seemed to have the most affect on me, and it was introduced by an inconsequential Senator who would change the course of history.

Within a climate of fear, the enactment of the Keene Act was assured. Even the citizens of the U.S. were behind the act. Some even went so far as to hold demonstrations in support of the act. The Keene Act did what every supervillain failed to do: remove all forms of vigilantism. Only superheroes that were willing to reveal their identities and operate under the supervision of the U.S. government were allowed to continue their operations. Fear has a tricky way of intimidating people into agreeing with issues they would not normally support, and fear played a major role throughout the series. One thing to be learned from Watchmen is that the only thing we have to fear is ourselves.

Through the course of Watchmen it is apparent that someone always needs to be watching those in power, including the heroes. Even with the noblest of intentions the only thing stopping a superhero from going “bad” is time. Now this concept is becoming a reality within the confines of the Marvel Universe. During Civil War, one question I expect to be answered is “Should the government be responsible for monitoring the activities of superheroes?” If history holds any truths, I’m willing to bet the answer is not as simple as we may want it. One thing I can guarantee, in life all it takes is a little fear for the general population to fall in step; I expect the general population of the Marvel Universe to be no different. 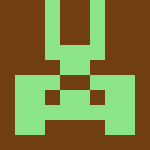