The Adaptation of Daredevil into Film, Part 2

As described briefly in the previous article, Frank Miller had chosen to recreate Daredevil as a gritty, crime-film-influenced narrative. In his run in the comic book, he attempted to recreate cinematic images which often paid homage to his favorite directors and actors which went as far as to include characters which famous names such as Paulo Scorsese. Ironically, this style of intertextuality was recreated in the Daredevil film which this time focused instead on its comic book source. When the mob boss who attempted to blackmail Jack Murdock into throwing a fight he names Miller, Mack and Bendis as boxers he “owned”; these names were at the time considered canon writers of the Daredevil comic book. These fragile intertexts were further strengthened by the physical manifestations of other artists. The name of the last boxer Jack Murdock fought was John Romita – the artist who illustrated Daredevil: Man Without Fear. The rapist Jose Quesada was based Marvel’s Editor-in-chief and artist on Kevin Smith’s run. The Priest Daredevil often met in church was called Father Everett. Writers Frank Miller, and Kevin Smith as well as Stan Lee were included in the film as actors.

These intertextual references referred to the influences of the comic book, but intertextuality was not the only way the comic was adapted into the film. The visual style and gritty realism of Frank Miller’s early comic books were written and illustrated as morality tales in the same style of 1940’s crime movies. As confessed by Miller himself, this meant that his early comic books paid less attention to the rules of comic book scripting then traditional comic books. Eventually, after a long winded argument with graphic novel legend Will Eisner, he changed his style to suit a comic book pacing which became his canon style during his later runs. The same flashback sequence is reinterpreted by Miller, the second sequence uses the panel system to create a cross like figure to symbolise Daredevil’s mother as his religious inner strength, but because this could not be visualised on film, his early interpretation was adapted instead.

Will Eisner explains that the fundamental difference between comic books and cinema is that it is a more descriptive medium that demands reader participation. Sound effects and imagination must be involved during the process of reading which is easily given in cinema. Extradiegetic narration is a particularly strong theme in comic books and especially in Frank Miller’s writing, and although this isn’t easily translated to film, it was opted for a homodiegetic narrative (Daredevil confessed his story to the Priest throughout the film). The setting of the narrative was an easy element to translate as it simply gave physical locations for the story to occur (such as “Hell’s Kitchen” and “Josie’s Bar”), but the intertext they create to the storyline is just as important to the readers.

But there are other aspects of the comic book medium that are not as easily substituted or translated; sound effects, the readers interpretation of Daredevil’s powers, and other styles of comic book paneling were unique only to the readers individual imaginations. For this, Mark Steven Johnson had to create his own free interpretation of these elements. Sound effects were opted to traditional cinematic sounds and the visualisation of Daredevil’s powers was recreated using a special effect called “The Shadow World.” “The Shadow World” begins with random shadows and frantic sounds that transforms into a dark colourless formed world, this power appears several times during the film. It appears to show how Daredevil uses it to fight crime and see things, and during Elektra’s death scene, it visualizes how Daredevil feels her heart fading away. The use of this interpretation allowed the audience to understand Daredevil’s strength, and so this interpretation was highly successful.

The other comic book style of paneling is far more difficult to translate. Joe Quesada explains how a 22 page comic book is used to pace a story and describes how the direction of art and rhythm of paneling is used to create a time frame. Gutters and closures of these panels are just as important as they are used to create an illusion of movement in the reader’s imagination, and if these are situated and interlinked to other images in the story it would be very difficult to translate the tone of the image faithfully. This is not to mention that narratives can also be different kinds of combinations that interlink with words, sound effects and even thought and speech balloons. In comic books, the thematic elements of Daredevil’s religious background was interpreted in overt and covert undertones. Daredevil can either scream out to God dramatically or the panels the story occurs in can be framed with a stain glass window effect. This cannot be translated into film and so cinematic devices are used instead to frame the image, such as a placement of a cross in the setting’s mise-en-scene. Therefore the only images that can be translated, or should be translated, are the iconic images of moments or actions, and the dialogue that accompany them (as was done so exactly for Elektra’s death). The death of Elektra can be visually recreated, as it was done so, and when Mark Steven Johnson had decided to include Joe Quesada’s cover poses into the film, he recreated the dramatic actions that would was led to them.

The intertextual reproductions of these images onto screen attempted to translate the pacing of the comic book medium. In comic books, there are several ways in which the comic book panels are transitioned from one image to another, such as action-to-action, subject-to-subject etc. Western comics, unlike eastern comics, focus on goal-oriented narratives rather then emotionally charged moments. This train of thought also relates to the cinematic medium, and so, for this reason, the only panels that were translated onto the screen were images that depict action to action moments. This adaptation, therefore, implies that because Daredevil is an action hero, the translation of his character makes it far more fitting to adapt.

The translation of the comic book medium is an easier medium to adapt then a literary text since it at least has a visual guideline. Mark Steven Johnson attempted to translate Frank Miler’s style of writing by recreating his style of homage by including references to the medium and attempting to create appropriate interpretations of Daredevil’s powers and finally using important translatable images from the comic book to adapt onto screen. The framing of the images were used as the storyboard image for the film and so the accuracy of these scenes were as realistic and plausible as possible. In conclusion of this section the limitations of the translation of the comic book adaptation were due to the plausible recreation of elements of the storylines, and so the adaptation had attempted to adapt the story and the medium as faithfully as effectively possible.

Daredevil the film was an attempted faithful adaptation by director/writer Mark Steven Johnson. He attempted to recreate themes and characters which were prominent with the Daredevil as closely to the tone of the popular run of the comic book by Frank Miller as possible. The free interpretations of the characters did not always work, and so the film was criticized for this. The storyline’s style and essence were adapted from the comic book medium as close as possible, and the plausible tones he recreated or free interpreted was closer in tone with the comic book style than the characters. The theatrical release was a failure, because it had edited too much of the director’s themes, but the special edition that was released onto DVD reinstated some of the films integrity, and finally the director’s cut reinstated most of it. In the end, this adaptation of a comic book medium was rifled with problematic elements which limited it from being a successful film, although the lengths the director had gone to recreate the film as an adaptation through countless intertextual references makes it an extremely well-researched intertextual adaptation. Since these intertextual references are not important to the casual film-goer, the film would be enjoyed more by the fans of the comic book, and when analyzed from a fan and film studies student point of view, the film is seen as not a great film adaptation but rather an excellent intertextual commentary adaptation. 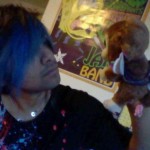