The Devil is in the Details:

For half a century, Daredevil has been an outsider and a paradox, a loner, a down-to-earth super-hero, a blind man with super-powers, and the star of some of Marvel’s most celebrated stories.

The Devil is in the Details examines both Daredevil and his alter ego, Matt Murdock, from a variety of critical perspectives. Whether it’s explorations of Daredevil’s troubled history with love, his relationship to Foggy Nelson or Spider-Man, or new takes on his classic runs, this is one book no Daredevil fan or scholar should be without. 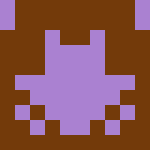