The Classical Roots of Wonder Woman and Sandman

Note: Here I am primarily concerned with George Perez’s run as writer-artist, issues 1-25

Neil Gaiman likes to wear his influences on his sleeves. Every issue of Sandman has more than enough references to classic literature, philosophy, history, mythology and folklore. Despite this, the majority of the series ignores its roots in superhero comics. Outside of the first and last arcs, Gaiman tends to feature DC characters like Constantine, Cain & Abel, or Destiny; all are rooted in deep knowledge of DC comics, but in more offbeat horror comics or horror anthologies, not superhero comics like Superman or Batman. It is important to remember that at the time of publication, Sandman was a DC comic for the majority of its run, only switching over to the new Vertigo imprint beginning at issue 47.

George Perez’s post-Crisis reinterpretation of Wonder Woman similarly hides its superhero roots, creating a tale of super-powered action and horror rooted in classic mythology only a couple years before the debut of Sandman. In the first 25 issues, there is only one issue with the Justice League (Diana turns down membership) and a subplot in a couple issues about a possible romance with Superman (which goes away unconsummated). Instead, the series roots Wonder Woman deeply in both mythology and real world American society and politics (Ronald Reagan even makes a couple appearances).

While both Perez’s Wonder Woman and Sandman heavily feature mythological characters, they have completely different ideas for world-building. Wonder Woman aims for an understandable cosmology, relying primarily on the Greek pantheon with some slight twists. Gods are explained and built up, requiring more than a few hefty infodumps early on. They fulfill the same roles they did in classic stories, with modern associations for both plot and thematic purposes. Ares takes over the American military, adding some obvious but still worthwhile social consciousness. Hell, even the Amazons discuss the merits of interventionism versus isolationism. The mythical characters in Wonder Woman have pretty human whims for being gods, fitting the Greek influence and motifs. After heavily establishing the Greek pantheon and Paradise Island, Perez rarely introduces characters like Cheetah, whose power comes from some unnamed non-Greek god. He makes sure you understand the rules and limits of Diana’s world, and then bends them only slightly.

Sandman starts out even more mysteriously, slowly building to the reveal of who or what the title character is. Gaiman and various artists have fun expanding the lore around Dream all the way from the first issue to the recent Sandman: Overture. Gaiman, Keith, and Dringenberg create and explain the Endless early on in Sandman, but explanation fails when they can look like anything and effectively do anything. Beyond their group, Gaiman and co. throw in gods and figures from every mythology on earth. Below is a picture of a few of the deities who show up to curry favor with Dream in issue 24. At first, it’s surprising that Gaiman didn’t think to make up or throw in alien gods and goddesses, who could definitely exist in the DC Universe, but that would directly contradict the rules of his project. Whenever a super-powered or godly character shows up (except for the Endless), Gaiman is playing with established characters and folklore. This is his way of drawing another parallel between modern superheroes and classic myths; they’re both about characters with ridiculously complex backstories from which readers and creators are free to pick and choose.

Talking about gender politics (especially as a guy) can easily get boring and trite, but you can’t ignore its importance in any Wonder Woman story. As both a superhero and a goddess, Wonder Woman subverts traditional power dynamics, of both the real world and superhero comics. Saving and guiding Steve Trevor puts her in a position of power over a man, and eventually the entire US military, a bastion of (mostly) male power. Steve Trevor, who would be the traditional perspective character for the average young male comic book reader, is continually positioned below women. As the only major human male character, he represents all men (in a way token women and POC are often forced to unintentionally) . He learns lessons from Diana, Etta Candy, and other primarily female figures throughout Perez’s run. Notably, Perez retconned Steve and Diana’s former romantic relationship. Instead, he opted to make Diana a mother figure to Steve (literally having Steve’s mother influence Amazon culture) and Etta Candy Steve’s romantic interest. This decision allowed for a more serious treatment of Etta Candy, a depiction of an older, more mature Steve, and made Diana’s guidance purely parental and not predatory. It’s comforting that she flirts with Superman (a god) and leaves the humans alone romantically and sexually. This more serious characterization of Candy and Trevor also really adds to the book’s mature feel. It’s mature not because it’s filled with nudity or graphic violence. It’s a story about adults who learn, grow, and change, not the bad sitcom level characterizations Trevor and especially Candy have faced under lesser creators.

In contrast, Sandman reverses this power dynamic, with Dream usually using his power to guide women. This is partially a play on horror tropes; the women he oversees are like final girls in horror movies, trapped survivors saved by an outside force. Dream turns Diana’s relationship with Steve completely on its head by leading and saving not only human females, but also godly and celestial females. Take, for instance, the weird sexual politics of Sandman issue 45. Dream goes to check on an old friend, the unloved love goddess Ishtar, who has resorted to being an erotic dancer to gain the attention of men. She thinks its empowering; Dream doesn’t. He teaches her how she’s wrong, and then, newly empowered, she kills her voyeurs and becomes free. Regardless of your opinion on Ishtar’s new line of work, it feels uncomfortable that Dream has to teach her a lesson and interrupt a life she was seemingly enjoying. She gains power over men (by seducing and killing them) but only through the guidance and advice of a male figure more powerful than herself.

In another Sandman story, “Calliope” (issue 17), the ancient Muse Calliope is trapped by a modern horror writer, who brutally assaults her for story ideas. A young writer learns and the Muse is passed onto him. He enjoys great financial success until Dream ultimately frees her and damns him. Another woman is saved and evil men are damned, but not until after much female pain and torture. This story uncomfortably attempts to address traditional male/female power dynamics in art, but falls prey to many of the problems it attempts to criticize. Even beyond the examples I’ve used here, there’s a strong trend of Sandman stories involving suffering women (human or godly) that are saved and/or empowered easily and disdainfully by Dream.

Both Wonder Woman and Sandman remind readers of the classical roots of the superhero, using mythology and super-powered characters to do modern retellings of classic stories. Beyond that, they go in very different directions. Wonder Woman explores gender and politics in a realistic setting with some punchy action. Sandman uses this similar base to play off horror tropes and ponder about the nature of myths and storytelling. If you judge either on the other’s terms, it fails. Still, they prove the flexibility of the classical superhero premise, especially when you treat the audience with maturity and respect. You can feel the respect for both the reader and the mythos the creators are working in. This premise has spawned both hundreds (thousands?) of Wonder Woman stories and much of Neil Gaiman’s career; Sandman, Good Omens, American Gods, Anansi Boys, and even his recent Norse Mythology all come from similar roots to Wonder Woman.

I couldn’t end this without a dedication to the true wonder woman behind both of these books, Karen Berger. Wonder Woman and Sandman are just two of the many great books she brought into this world. Her contributions to comics must be lauded as a great editor, a great comic creator, and a powerful female influence on modern American comics. 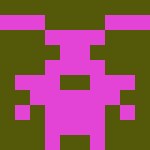 Alex Fraze just graduated from McGill University with a double major in English Literature and Russian. He is currently reading, writing, blogging, and killing time in New York City, where he’s hoping to witness a few weird happenings. Young as he is, acquaintances have noticed his ability—some would even say prodigal talent—for gliding from one entropic state to the next, and befriending strange people. His opinions and analysis on comics new and old can be found on his blog Gutter Space.