Claiming “Art” is a Misguided Quest

Comics have a bit of an identity crisis: our culture cannot decide what they really are, leaving them to pay the price both financially and legally. A common remedy for this is the insistence that comics are “art,” which is probably the number one expression used to justify their worth as a medium. This statement abounds in comics literature. Claiming “comics as art” is an overt part of Eisner’s term “sequential art,” and a primary argument running throughout McCloud’s Understanding Comics. However, is the quest to claim “comics as art” really worth doing in the first place?

In this piece, I will examine the problems found in claiming “comics are art,” and how “comics as language” is a more beneficial perspective.

This is not to imply that the clear success of comics breaking into nationwide MOMA exhibits and establishing their own art museums is for naught. Indeed, these strides mark great progress towards the public perception of the medium. Granted, various comics (the objects) can rightfully have cultural value as art. However, broader problems arise when stating that the “comics medium” is art.

Designating “comics as art” most likely arises from the perception of the medium as a synthesis of two “traditional” art forms – literature (textual writing) and picture making (painting, drawing, etc). However, in my book, I discussed how the term “comics” refers to a cultural and social category that is separate from the structural “comics medium” of sequential pictures. I continued this split by stating that the “comics medium” is actually a visual language (a point that I will return to), doing away with any terminological remnants of cultural association to “comics.” In splitting apart the social from structural concepts, we no longer need to treat one as an essential part of the other. This same sort of dissection of terminology can help us to understand “art,” as well.

Generally, “art” is an expression applied on top of the nature and creation of some object or action. This might be a response to some evocative aesthetic, a commentary about the creator’s vision or methods, or any number of things that the term “art” evokes. However, what it does not refer to is the avenue of expression itself.

“Art” has become applied to painting, sculpture, dancing, drawing, and a myriad of other activities, yet these actions and their resulting products are not necessarily “art” by inherent definition. The result of the act of sculpture isn’t art, it’s the creation of a statue, just as the result of painting (the action) is to produce a painting (the object). Likewise, not all statues and things painted are considered “art” by definition, only the ones that meet certain individual and cultural qualifications to be included in that category. Thus, like the divide between “comics” and the “comics medium”, “art” can be understood as a social term applied interpretively to varying actions and objects.

In America, comics (and the community that surrounds them) do not get much respect in the public eye, are repeatedly stereotyped negatively, and are even persecuted legally with dire consequences. As a tactic to combat this, raising the banner for artistic appreciation is unsurprising. But, by trying to change public perception by using “art” as justification, the “nature” of the medium remains unaddressed, while one social category (comics) is attempted to be equated with another (art).

Notice also that the same sort of problems arise from the social connotations evoked in the term “sequential art” as do in “comics medium.” As a term, it also conflates cultural aspects into an intended structural term. A more beneficial approach would be to educate the populace on the actual nature of the form, divorced from these sorts of associations, and then let them derive their own (social) interpretations of that structure’s usage.

A Change in Perception

Let’s look at some ways in which the conception of visual language (VL) differs from that of “comics as art.”

First off, humans have a basic biological inheritance to language. Everyone has the inborn capacity for language – it’s just a question of learning. Visual language is no different: everyone has the capacity to make pictures; it’s just a matter of acquiring the grammar of putting them in sequence coherently – both for the ability to read and to produce them. In comics, we simply have the production of two languages being written at once, a visual one and an aural/textual one.

Notice also that language implicitly emerges from an individual source. Though writing can be tempered by various people, it ultimately comes from a person’s mind – a very personal and individualistic process.

This type of individualized creation is in stark contrast to the predominant “shop style” of manufacturing comics, which distributes the jobs amongst a variety of specialized workers. In the current assembly-line method of making comics, the productively fluent VL person is usually the penciler. However, they often must deal with “translating” a textual script written by a non-fluent writer who indicates what to draw. Isn’t this a bit backwards? Shouldn’t a final visual product be written visually from the start by a person capable in that form, not dictated by a person without such fluency? In an idealistic sense, acceptance of the notion of visual language is an acknowledgment of those fluent in it, elevating the status of the diminishingly named “writer-artists” to be considered the norm – not the exception.

Despite this very personal production, language is also something that is socially shared, whereas art is almost wholly associated with an individual’s style, expression, and message. The social aspect of VL is evident throughout comic culture, where a group of people share this common visual language and gather around its usage. This is especially honed in the webcomic community, which features a relatively identifiable social group organized around a common avenue of VL use: Internet comics.

Potentially, such a perspective change could help in the legal battles fought over comics as well. It is easier to make the argument that a language is not inherently subversive, rather than to argue for the validity of the medium to be considered socially as “art.”

Indeed, society conceives of language as being more democratic than art, most likely because of language’s social aspect. People are generally more suspicious of the subversive potential of art than of language. They trust language more, even though its use has every potential to be as manipulating or divisive as “art” (as a century’s worth of prevalent propaganda is a testament to).

Such judgments tap into the most important difference between these positions, which I raised early on: language is only a process that begets a product, while art usually defines the resulting outcome of a process. That is, language is the means by which people make expressions, not the expressions themselves. Indeed, imagine dictionary and grammar book burnings where people backlash against English itself. The construal of something as art is applied on top of its medium of creation.

In this way, the “comic medium” cannot be defined as “art” any more than we can define English as being literature. Visual language can be used to write any variety of topics, artistic or not, just as textual language is employed to write an uncountable array of expressions. Language itself is not considered art – only the interpretable product of its process.

When we acknowledge the linguistic status of visual language, its use as a language beyond the constraints of “comics” can then follow. Hopefully, since language places no restrictions on how it is utilized, such treatment will give rise to a boom of diverse content, any of which can be determined as art or not, uninfluenced by the associations immediately drawn up by “comics.”

Most importantly, such a designation would not make or break the inherent identity of the medium itself.

This article originally appeared on Comixpedia.com, a site dedicated to exploring the digital frontier of comics. 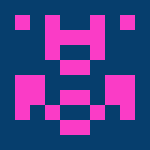 Neil Cohn has written extensively about the structure of the medium of comics in various articles and essays, as well as his book Early Writings on Visual Language. His graphic novel with Thom Hartmann, We the People: A Call to Take Back America, addresses the influence of corporations on American government, and his book Mediations collects his early artistic experimentation with sequential art.