BOOKS AND MOVIES BY PATRICK MEANEY 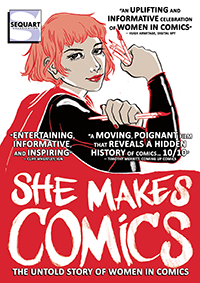 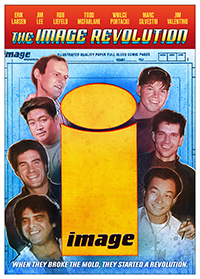 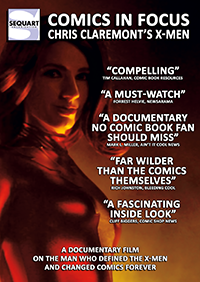 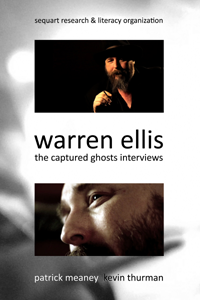 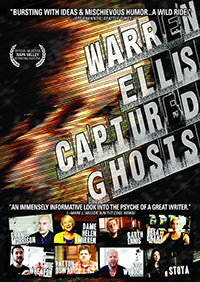 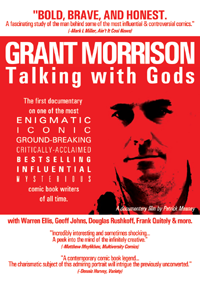 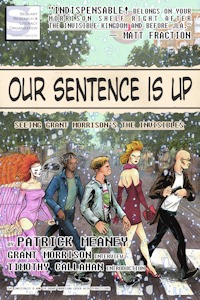 Grant Morrison on the 2012 Apocalypse

Well we’re still here. But for quite a while, Grant Morrison was, let’s say, fairly curious to see what was going to happen on December 21st, 2012.

At last, we reach the end of this great four part novel known as Flex Mentallo.

Dan Fraga on Getting Inked by Todd McFarlane

Dan Fraga has recently worked as the animation director of the The Ricky Gervais Show, but in the ’90s, he was an artist at Extreme Studios, working on titles like Supreme and Bloodstrike.

Jason Aaron on Why Wolverine Endures

As a longtime writer of Wolverine both in Wolverine and the X-Men and the X-Men solo series, Jason Aaron knows the character well. But what is it that makes Wolverine such an enduring presence

Rob Liefeld has long been a controversial figure in the comics industry. He’s been criticized for many reasons, one of them being his, what would some say, excessive use of pouches!

Issue 3 of Flex Mentallo brings us into the “dark age” of super-hero comics, starting with the Dark Knight parodying cover, which even features faux autographs from the creators.

Scott Williams on His Working Relationship with Jim Lee

Scott Williams is one of the most acclaimed and in-demand inkers in comics, best known for his twenty years of collaboration with Jim Lee.

Rob Liefeld on Leaving Marvel Comics in the Early ’90s

For the past twenty-five years, Rob Liefeld has been a best-selling and controversial comics creator. Here, he discusses working for Marvel Comics in the early ’90s and the changing corporate culture there that led him… [more]

Each issue of Flex Mentallo is loosely aligned with an era of comics, and the second issue takes us into the Silver Age. The Silver Age was notable for crazy experimentation

Jim Valentino on the Potential of Comics

Jim Valentino is one of the founders of Image Comics and a pioneer in bringing new ideas and storytelling forms to the medium. Here, he discusses the potential of comics and the way that they… [more]

Planetary is one of Warren Ellis’s most beloved and respected series. In this exclusive excerpt from Warren Ellis: Captured Ghosts, series creators Ellis and John Cassaday, as well as fans Joss Whedon and Kelly Sue… [more]

The Invisibles is Grant Morrison’s definitive work about our world, the nexus of his philosophical worldview, simultaneously the source and culmination of his ideas about our universe. But there is another world, the super-hero world

Stoya on Why Chicks are Gross

Stoya is an adult film star and model. She’s also a big fan of science fiction, including the works of Warren Ellis!

Grant Morrison used a variety of experimental techniques during his surrealist run on Doom Patrol. He discusses them here in a clip from the special edition of Grant Morrison: Talking with Gods, now available for… [more]

The First Five Minutes of Our Warren Ellis Documentary

Warren Ellis sees the future. He is a comic book writer and cyberpunk philosopher living on the edge of tomorrow.

Fantastic Four: 1234 was written at the tail end of Morrison’s Day-Glo Years, during his brief period writing for Marvel in the early 2000s.

Scott Porter on His Love of Image Comics

Scott Porter is best known as an actor from acclaimed series like Friday Night Lights and The Good Wife. But he’s also a big comics fan, particularly of Image Comics.

Artist J.H. Williams III is one of the most innovative and acclaimed comics artists working today.

The Mystery Play is another short-form Morrison work from the “adult comics” era of the early ’90s.

Warren Ellis has made a career of thinking about the future. Here, he discusses the ways that the future is happening all around us, even when we’re not aware of it.

Jim Shooter on Breaking into Comics

Jim Shooter wrote DC’s Legion of Super-heroes in the 1970s. What they didn’t know was that he was only 13 years old at the time. Here, Jim Shooter discusses how he became one of the… [more]

During the early ’90s, Grant Morrison was wrapping up his acclaimed runs on Doom Patrol and Animal Man and moving away from mainstream super-heroics.

The Walking Dead‘s 100th issue is poised to be one of the highest selling comics in years, its blockbuster success fueled by the record-breaking TV series.

Chris Claremont on the Original Plan for Maddy Pryor

Chris Claremont’s run on X-Men / Uncanny X-Men was a milestone achievement for Marvel and super-hero comics in general, spanning seventeen years and hundreds of stories. One of Claremont’s more intriguing characters was Maddy Pryor

NOTE: Rather than start chronologically in the early ’90s, I chose to begin my exploration of Grant’s Day-Glo Years with a work that best exemplifies the themes, motifs, and energy of that era of his career

Nick Spencer on Comics vs. Creativity

Every Sunday, Sequart will be premiering an exclusive clip drawn from our extensive interviews with many of comics’ finest creators.

Kick-Ass: The Comic in Retrospect

The movie version of Kick-Ass received so much press attention that the comic can feel like a footnote. Because the movie was optioned and produced before the series was even complete, it’s easy to feel… [more]

Recently, I caught up on Warren Ellis’s Nextwave and Geoff Johns’s recent Green Lantern run through Blackest Night. The two works are polar opposites in terms of approaches to comics; one a continuity-laden, multi-year saga… [more]

The Image Revolution: The Full Trailer for the Documentary Film

Sequart has released a full trailer for its upcoming feature-length documentary, The Image Revolution.

Why Chris Claremont’s X-Men?: A Look at Comics in Focus

﻿This was another busy week in the production of Captured Ghosts, with two shoot days and a bunch of editing.

This has been a busy week in the Captured Ghosts world. I was going to discuss the experience of filming with Warren, but I’m going to save that for next week and instead discuss our… [more]

Over the next six months, I’ll be overseeing the end of shooting, post-production and the release of the documentary Warren Ellis: Captured Ghosts, following in the tradition of last year’s Grant Morrison: Talking With Gods.