Marvel is branching out into legitimate publishing and I couldn’t be more excited. See, I’ve always been a super-hero fan, but I’ve never really liked comic books. Super-heroes are an essential part of our American mythology. They represent our best qualities and are symbols for ideas that we should strive for. The idea that there could be people out there who will never give up on us no matter how flawed and horrible mankind can be is a very beautiful and powerful idea – one that is so beautiful and powerful that it could never properly be conveyed in comic book format.

At first it may seem silly for a comic to be turned into a novel. After all, as Fresh Fiction’s Greg Pichon writes, “what is the point of a novelization of a comic book? It’s like a text-only version of Playboy. It misses most – if not all – of the point.” The flaw in Pichon’s logic is two-fold:

1) Some readers don’t need to have ideas explained to them through pictures.

2) Some people read Playboy for the articles.

There’s nothing wrong with comics, per se, but average people just simply can’t understand them. Marvel recognizes that there are people out there that can’t comprehend the synthesis of art and words, so thankfully, this series of novels will finally be the answer to my prayers – an easy way to read famous Marvel stories without the hassle of all those pictures to confuse the action.

Maybe my problem is that I just don’t know where to start when I pick up a comic. Panels confuse me and I never can seem to read the dialogue order correctly. Now, Marvel can finally prove that comics are a legitimate art form by stripping away everything that has been holding them back – the art.

Let’s call a spade a spade – comics are nothing but over-glorified picture books and there is nothing that comics can do that other mediums can’t do better. Great works of Art are more complex and masterful than the scribbles found in comics. Novels are more complex and intricately crafted. Movies are better able to convey action. As the famous poet once said, “Anything you can do, I can do better. I can do anything better than you.”

I’ve had numerous people try to cite the works of Alan Moore and Grant Morrison as examples of the best the medium has to offer. These “masters” of the form, these people argue, could only properly convey their “complex” “story-telling” through “sequential art.” That may very well be, but the fact that their narratives are exclusive to one medium doesn’t make their work on par with the finest novelists in the world. Hell, farts can only truly be experienced in person and that doesn’t make them Art.

The most commonly cited example of the advantage of comics is the “Fearful Symmetry” issue of Watchmen. In this issue, the first panel is similar to the final panel. The second panel is similar to the second to last, and so on until the two middle pages mirror one another. While this may seem like an accomplishment, even Patrick Meaney admits in his essay “Some different sort of time: Watchmen as cinema” from Minutes to Midnight that, “The symmetry adds little to the narrative” (158). One could even argue that it would have been a great accomplishment in prose. Think of it; a perfectly symmetrical chapter of a book. Now THAT would be a work of Art.

People say Alex Ross is talented. Well, if he’s so great, then how come nobody has ever heard of him? If we lived in a just world, Alex Ross would be a footnote in the back of an art book that read “Not as good as Norman Rockwell” and we could  all move on with our lives.

It doesn’t matter which artist’s name is thrown out to me (whether it be J. H. Williams III, John Cassaday, or even Rob Liefeld), none of them compare to the greatest artist of them all – the human imagination. Our brains are powerful and complex machines that can construct ideas far more masterful than any artist’s pen.

Toe-to-toe, the behemoths fought, the force of their blows shattering windows in the surrounding buildings. Superman realized that to stop Doomsday he would have to be as ferocious and unrelenting as the monster himself.

Superman knew that he had enough strength left for one final blow. With every ounce of his remaining energy, he slammed Doomsday, even as Doomsday raked him with an uppercut that snapped his head back.

As Jimmy snapped the final photos, Lois Lane clung to Superman, begging him to hang on until the paramedics arrived.

“He’s down. You stopped him!” Lois clutched Superman to her. “You saved us all.”

Metropolis was saved. The victory, Superman thought, had been worth the sacrifice. With a sigh he closed his eyes. then the last spark of a life that had burned bright with heroism flickered and died.

How could there be any debate about which is superior? The prose tells us exactly how Superman spoke. Without these words, how could the reader know that his voice was hoarse after battling a bony, killing machine? How can anyone prefer the image of Superman’s death to the line, “With a sigh he closed his eyes. then the last spark of a life that had burned bright with heroism flickered and died” is just beyond me.

In his interview with Newsarama, Axel Alonso says that “the challenge here is to create a prose-reading experience that feels as immersive and immediate as the comic book-reading experience” but it seems like this isn’t any challenge at all. If Marvel can create a massive, cohesive universe with decades of continuity in the comic book medium, then surely they can do so in novel form. After all, without artists to muddle up the depiction of the Marvel super-heroes, all a writer has to do is write “Captain America” and the reader knows what the hero looks like rather than being disappointed or confused by the artist’s rendering.

You may still be wondering why the novelization of comic books is necessary now that the industry has become authentically legitimized.

You may be wondering why Marvel is investing money in retelling stories to a market that won’t appreciate them when they have cancelled their only remaining comic with a female lead and their only comic with a LGBT character as the lead.

You may be wondering what fiscal sense does it make for Marvel to invest money into prose novels of stories that have already been told elsewhere instead of improving their own line of comics that have slipped in sales after the DC Relaunch.

In the words of Axel Alonso, “Why now? Why not now?” 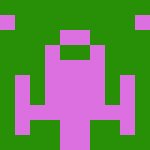