Excerpt from Sequart’s Book How to Analyze & Review Comics:

The following is an excerpt from Sequart’s book How to Analyze & Review Comics. For more information, including purchase options, click HERE.

Female superhero characters have historically been much less numerous, much more often stereotyped, much more often sexualized, and much less likely to drive the action than their male counterparts. This began in earnest after the Second World War, when women were forced out of “men’s” jobs and into a “cult of domesticity” in which the male was the breadwinning patriarch of the nuclear family, and the female the wife and mother in a secondary role. While the Second and Third Waves of feminism made some headway in subverting this gender binary and its inequalities, backlash against feminist ideas pushed for more “traditional” gendered depictions at the same time. In the 1990s and 2000s in particular, the comics industry was heavily reliant on sales through local comic shops, which fostered a narrower fan base (older, male, white, heterosexual) and a smaller number of female characters who were more objectified and more violent. This improved somewhat in the 2010s, as certain segments of a broadened fanbase pushed for change through convention attendance, social media, and directing their dollars toward new titles starring more diverse and multifaceted female characters.

In general, though, superhero comics tend to exhibit certain trends in their depictions of female characters:

First, consider whether a given comic book is a title starring a male character like Captain America, a title starring a female character like Black Widow, or a title starring an ensemble like the Avengers. Note the writer and artist of the book, the publisher of the book, how many female-headed titles they are publishing, and how many of those female-headed titles are written and/or drawn by women. How diverse are that publisher’s titles and their writers and artists overall? The percentage of mainstream superhero comics starring female characters is at a high of about 12%, and the percentage of mainstream superhero comics written or drawn by women is about the same (Cocca 2016). These numbers differ by publisher and change slightly from month to month.

Second, is there a female character on the team at all, or is there only one, or is there more than one? On superhero teams, there are usually one or two females among several males. For instance, the Justice League consists of six men and Wonder Woman. An Avengers title or an X-Men title might have one or perhaps two or three women on the team. If there is more than one female character on the team, do they look similar to or different from one another?

Third, look at how many of the characters in the book are female versus male overall. In a sample of comics from the mid-1990s, mid-2000s, and mid-2010s, I found that female characters were about 40% of all characters in female-headed titles and about 25% of all characters in ensemble titles (Cocca 2014a). The number in male-headed titles is probably similar to that of the ensemble titles, or perhaps even lower. For all three types of books, note the types of ads in the book, note whose letters are published in the letter column in the back (if there is one), and note what the book’s creators are saying about it on social media. The ads, letters, and tweets, along with the centrality and number of female characters, point toward who the assumed audience for the book is.

After establishing the numbers, give the book the three-part Bechdel-Wallace test: Are there at least two female characters who speak to one another about something other than a man? (Bechdel 1985). This is a very low bar, but many books fail it. And since female characters are so few in number, they must each carry heavy narrative weight, standing in for “all” females such that their characterizations assume heightened importance.

If there are two or more women, are they diverse? In general, female superhero characters are usually white, heterosexual, upper-middle-class, able-bodied, and attractive by white Anglo-European standards. Note how many of them fit this description, how many do not, and how they do not. Because of the underrepresentation of female characters, if there is only one female character, and she does fit this description, it contributes to media erasure of all other women.

In terms of race or ethnicity or national origin, are white females more central to the action than females of color, or more powerful than females of color? Are the females of color exoticized, in terms of dress or powers? Black female superheroes historically have been even more sexualized than their white counterparts, and are more likely to have animalistic powers. For instance, Vixen is often drawn with a physics-defying plunging neckline, and her power comes from an African totem worn around her neck that enables her to channel the strengths of any animal (Brown 2013). Are the black women in the story caregiving “mammies,” or sexy “Jezebels,” or angry “Sapphires”? (West 2008). Do they have natural hair, or is it relaxed? Female East Asian superheroes or supervillains might fall into submissive “china doll,” or sexy “geisha girl,” or mysterious “dragon lady” stereotypes (Prasso 2005). Are they martial arts experts who are then bested by a white male character? South Asian female characters may be written as “model minorities.” Middle Eastern female characters may be written as focused on Islam or somehow linked with terrorism. Overall, are female characters of color written with complexity and care? That there is probably only one such character, if any, again means that she must stand in for all females matching her demographic characteristics.

Are there any LGBTQ characters in the book? Are they written with their gender or sexuality as the main feature of their characterization, or as one aspect of it? Are they having difficulty “accepting” their gender and/or sexuality? Are they shown with a significant other or always alone? These same four questions can be applied to characters with disabilities as well. Further, is the disabled character a “super-crip” whom everyone admires for “moving past” their disability and achieving great things, or does s/he have some superpower or prosthesis that excessively counterbalances the disability? Are the queer or disabled bodies drawn much differently from those of the non-queer, non-disabled bodies? Are they more sexualized or less sexualized? (Cocca 2014b).

However, the idealization and objectification are not at all the same. In short, female bodies are almost always very sexualized in ways their male counterparts are not. From the 1990s in particular, also known as the “Bad Girl” era of comic art, the male characters were generally drawn facing front, fully clothed, with a focus on their musculature and power. The females were drawn more often from the side, in much skimpier clothing, with a focus on their “t&a.” Male bodies were athleticized and strong; female bodies were sexualized and submissive. There was simply no equivalent focus on males’ primary or secondary sex characteristics. Much of this style of art, and its gendered binaries, lingers today.

Second, note how the female characters are posed compared to how the male characters are posed. See if they pass the Broke Back Test: Are the females posed in such a way that you can see both curves of their behind and both of their breasts at the same time, such that their back would have to be broken to hold that position? (Cocca 2014a). Does their posing bring attention more to their sexuality than their athleticism, or more to their curves than their strength? Are only parts of their bodies in some panels; particularly, without their face being shown? Are their powers more of the “pose and point” variety, or are they engaged in hand-to-hand action? Are any male characters posed in these ways? Objectification of characters generally means that the reader is looking “at” them rather than identifying with them or looking “through” their eyes. Those characters’ stories are not being told and their power is subverted.

Centrality to the Plot and Use of Plot Devices

Keeping in mind how a given female character is drawn along with her contribution to the story as a whole, give the book what comics writer Kelly Sue DeConnick calls the “Sexy Lamp test:” is the female character so superfluous to the action that she could be replaced with a sexy lamp and the plot would still function? (Hudson 2012). Is she more eye candy than hero? Are any of the male characters portrayed in this way?

Consider if any female character has been “fridged.” This term comes from the plot device known as “Women in Refrigerators,” as named by comics writer Gail Simone (1999). It refers to Green Lantern Kyle Rayner opening his refrigerator to find his dead girlfriend in it, fueling a plot about his emotions over and actions because of her death. The larger point is that female characters are not infrequently made the targets of violence, especially sexualized violence, such that the plot of the story then explores that violence’s effect on male characters and their development. The book that spurred Simone into beginning the list was The Killing Joke, in which Barbara Gordon/Batgirl is shot and paralyzed by the Joker. This story does not build her character in any way before that moment, nor does it explore the consequences of this life-changing traumatic event on her. Rather, the plot revolves around the Joker committing this crime to see how it will affect her father, Gotham Police Commissioner James Gordon, and Batman.

Another version of a female character being used to advance the development of the male characters is called the “Trinity Syndrome” after The Matrix movies. This is when a female character starts off as superior to or more powerful than a male character but then trains him up such that he surpasses her and becomes the protagonist and she is either sidelined or killed or both (Robinson 2014). Like sexy lamps and fridgings, this narrative device employs women as objects rather than as fully fledged characters central to the plot of a story.

There is nothing “natural” or “normal” about the numerical inequities, different relationships to the plot, non-diverse and stereotypical portrayals, and objectification and sexualization of female characters versus male characters in superhero comics. Comics readers would do well to note the presence or absence of these types of representations, enabling their recognition of the politics of gender in any given comic.

For more information on How to Analyze & Review Comics click HERE. 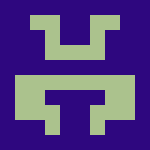 Carolyn Cocca, Ph.D., is Professor of Politics, Economics, and Law at the State University of New York, College at Old Westbury, and author of the Eisner Award-winning Superwomen: Gender, Power, and Representation. Her latest book is Wonder Woman and Captain Marvel: Militarism and Feminism in Comics and Film. She is also the author of Jailbait: The Politics of Statutory Rape Laws in the United States and the editor of Adolescent Sexuality. She has written numerous articles and book chapters about gender, sexuality, and the law as well as about gender, sexuality, and superhero comics.