Excerpt from Sequart’s Book How to Analyze & Review Comics:

In Defense of Comics Criticism: Why We Need Analysis

The following is an excerpt from Sequart’s book How to Analyze & Review Comics. For more information, including purchase options, click HERE.

When you watch Penn & Teller do their particular brand of magic, it taps into something innate in us as a viewer. We want to pull the curtain back, we want to see the reality, how the magic happens. So probably the first response you’ll hear after a trick is, “How did you do that?!”

The beauty of a Penn & Teller trick is often we do get to see how they did it, and that the reveal is just as imaginative and interesting as the magic itself.

Just like magic, understanding how comics work is pretty useful for anyone that wants to discuss them, write them, draw them, or be involved with them in some capacity. And like magic, the resources for learning this have often been difficult to get into. As a reader of comics, I struggled with accessible writing about the medium that hit the spot, because a lot of analysis falls back onto the same few works again and again, or more niche, less mainstream work. Or, more likely, the writing around it is incredibly academic. Mostly my initial learning came from the same place most people’s did, from just trying to make comics as a kid.

The problem with that is, like magic, there is a lot to learn about the craft of comics, what approaches and methods you can use and adapt in your work, that will get missed or not engaged with. So you immediately end up playing catch up, or worse, never even engaging with whole aspects of the medium. Plenty of comics readers who have been fans for decades don’t see the artistry and creative decision making that goes into lettering, for example, something they interact with constantly in every comic they’ve read. We need to find ways to see this is important.

I have a background in filmmaking, and I studied it at university. Though it was almost exclusively a practical course, the first thing they taught us was how to view films from a theoretical and critical viewpoint. How to look at the decisions a film was making, through color choice, shots, lens selection, duration, mise en scène and more. It was a big breakthrough moment in realising that it’s not just the A-to-B narrative that holds weight in films, because just as (if not more in some cases) important is the way it’s being presented. Even though I thought I had a handle on this already, it was a revelation.

I see analysis as a tool to kind of reverse-engineer work and see how something performs the function it’s aiming for (or falls short of that goal). It’s more useful as a creator – though as a reader I get a kick out of seeing how a bunch of ink on paper made me genuinely emote – aiming to deliver something that sparks an idea or kickstarts the imagination and gets the motor whirring. It’s about increasing the tricks and techniques in your toolbox, adding to your own functionality as a storyteller in the medium. It’s just that often the approach to getting started doing this is a mystery.

In fact, the question I’ve probably been asked most since starting Strip Panel Naked and PanelxPanel is: How do I learn to be analytical? And I think a big part of that is because mostly this work has been behind closed doors as academic texts.

Doing that shuts off interesting work and ideas, and it closes off accessibility into understanding the medium, which to me is key in developing an approach to it as both a critic and a creator. I’m a firm believer that being able to deconstruct and decode other works is really, really useful in taking your own work to the next level. And as a critic or reviewer, how are you going to discuss the purpose of the work without being able to see how it’s doing what it’s doing? Film and television have been leading accessible analysis on their mediums for a long, long time, and the advent of YouTube and the open resources on the internet, as well as a huge growth in media education at every level has opened up our understanding of how it works. Nowadays, we’re all pretty media savvy.

Comics still have a lot of catching up to do in that regard, and it’s a big factor in why I started the Strip Panel Naked series on YouTube (and later PanelxPanel magazine). I wanted to take modern, mainstream works in comics – which means a lot of superhero books – and take a look at how they worked, hopefully creating a place for others to learn along with me. The aim was always to do it in a way that was interesting, entertaining and straight-forward. I found that removing yourself as a critic from work like this was useful, in that it’s about the work you’re discussing more than it is about the person talking about it, and trying to focus the work at the forefront of all of it.

By collecting an ever-growing series of resources, it was a way for me to learn more about how comics work with real-world examples from work that was still happening right now, and mixing that with work that was seen as historically interesting. It was also a way to put that out into the world to get other people who want to make comics thinking in a similar way, thinking about how they can use some of these tools in their own work, apply it to their own thinking or criticism, too. I’ve had a lot of feedback from working professionals and educators that they use the channel as a valuable resource, as well as from the community around it of aspiring creators. This is the benefit of accessible analysis in generating discussion.

I think it all comes down to appreciation of the medium. People love comics for different reasons, but if you want to write about comics, I truly believe it’s important to see how they work. If your goal is to be able to be critical about their function and approach (which I believe the role of creator also falls into), understanding the various parts of the medium, the options creators have and decisions they make, is vital.

It makes the experience of the work even more interesting. To bring in the magic analogy once again, when I see a trick performed well I’m in awe. When I find out how it’s done, it doesn’t ruin the magic for me. Instead it makes the performance, the approach, the trickery, even more interesting, because I can see the work that has gone into it. Suddenly it’s changed from something I don’t understand to something made up of various parts and mechanisms, the patter of the magician interacting with the sleight of hand to create something special – that’s what captures my excitement. With comics it’s the same. The finished article is one thing, and it stands on its own, but being able to see the working parts, the way that sequence adapts it’s visuals across a three-panel tier, or how a splash page uses the physicality of a printed page to speak louder than the preceding panels, that’s what makes me want to spend even more time with the work.

Chances are if you’re reading this, that might apply to you, too.

And when we present these to the audience, which is a mix of those creators, those aspiring creators, and the general reading audience, we’re saying it’s okay to look at comics this way. You can be thoughtful about your approach, and the decisions being made on the page, because you see it all here very clearly. We’re saying that comics aren’t these mystical things that just appear on the page, the ink lines and color just suddenly bursting into creation, but in fact are very constructed pieces of work with clear intention and design. And you’re doing it because it improves the medium for the next creator. You’re putting a defined impact on the way that creator might approach their next work, and so, through this, you’re helping to change comics.

I’m a firm believer this all happens because the work is accessible. If it’s not, who is it even for?

For more information on How to Analyze & Review Comics click HERE. 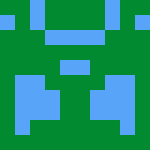 Hassan Otsmane-Elhaou is the is the editor behind the Eisner-winning PanelxPanel magazine, and Strip Panel Naked webseries. He's also an editor and letterer of comics, like Shanghai Red, The Lone Ranger, Red Sonja, Black Mage and more. He's usually found reading too much into comics, or lost in a field with his dog. His website is hassanoe.co.uk, and he’s on Twitter @HassanOE.