When the token LGBTQ+ character is introduced into a TV show or movie, the audience already has a few expectations about them. Typically, that character will have little to no screen time and is only there for the creators to get brownie points for representation with minimal effort. The character will eventually die or turn evil if they aren’t already evil, which is also frequently the case. The character is never confirmed to be LGBTQ+ but is shown to be highly flirtatious with members the same sex in order to attract a queer audience without alienating the homophobic audience. The character is a one-dimensional stereotype, probably only there for comic relief. Usually these expectations occur on a show in which there are only one or two queer characters in a cast that is predominantly straight and cisgender. Because of this, queer audiences have learned to be wary of any fictional media claiming to be inclusive to the LGBT+ community. It has made us watchful of tropes such as queerbaiting, “bury your gays”, etc. But what happens to those expectations when nearly the whole cast is queer?

The Netflix reboot, She Ra and the Princesses of Power, had many people asking that question. As an animated show marketed towards children, it had many people confused about what its endgame was when the first season dropped in 2018. There’s a large number of reviews on YouTube, blogs, etc. that debate whether or not the queer representation was too subtle and vague, leaving enough room for denial. Some even thought there was queerbaiting, and considering how previous shows have treated the subject matter, it can easily make one defensive and alert to it. However, the first season brilliantly set up a new kind of status quo that is far from queerbaiting. It started off with establishing the main protagonist (Adora) and main antagonist (Catra) having undeniable strong feelings for each other. Having been childhood best friends, their dynamic as enemies is deeply bitter and intimate. As the seasons went on, they developed individually, Adora overcoming her trauma while Catra falling prey to her own. The brilliance is in how their relationship is so intertwined with the main plot building directly into the final season.

Alongside Adora and Catra’s fascinating relationship is the setting around them that further reassures the queer audience into trusting the narrative. Almost all the characters appear to be queer as a matter of status quo. While no character says the words “I’m gay/bisexual/etc.,” their interactions with members of the same and/or opposite sex are the primary indicators of their orientations. This combined with there being canon same-sex couples in Netossa and Spinerella, Bow’s dads, George and Lance, and Scorpia’s moms makes for an inclusive dynamic. I believe this inclusivity is due to many of the creators behind She Ra being queer themselves and therefore understand the usual disappointment, across fictional media, when it comes to representation. It’s clear that they put the time in to build that trust with their queer fans.

Although there is always the underlying fear of being disappointed (due to past experiences with other shows), when the fifth and final season dropped on May 15th, my expectations were very high. Simply from knowing the creators were queer and watching them gradually build up the arcs, many fans were confident that the resolution would be satisfying. Some were worried that queer characters would die, but as most of them are canonically queer, I doubted this. After all, how could one “bury your gays” when it’s nearly the whole cast? Another doubt was about Catra and Adora’s relationship, whether they were only queerbait or possibly even ending tragically. Truly, with the amount of buildup they were given, if the final season wouldn’t resolve it, then it would count as queerbait. So, the show’s stakes had never been higher for fans than in its final season – and it delivered magnificently. This season was far more explicit with Netossa and Spinerella, the established lesbian couple, getting more screen time, as well as Catra and Adora becoming a canon couple. Because of the way it was set up, I never thought there existed the possibility that Catra and Adora would not confess their feelings for each other and be a couple by the series’s end.

What I didn’t expect was the showrunner, Noelle Stevenson, revealing that Adora and Catra were actually not guaranteed to become an item by the end. In an interview with Gizmodo, she revealed that while it was always her intention for Adora and Catra to become a couple, she wasn’t always certain that this would be the case. I was disappointed, but not surprised to learn that Stevenson had to be subtle throughout the series in order for the higher up executives to not realize her very gay endgame and put a halt to her plans. While their interactions in the first few seasons are only flirtatious without any confirmation of their status, it did not feel like the creators were being subtle at all; especially when considering first season episodes like “Princess Prom” and “Promise” and the ridiculous amount of times Catra does Adora a favor and says, “This is not because I like you.” While it’s disappointing that the satisfying ending wasn’t always a guarantee and, once again, queer creators had to resort to being tactful, I am so proud for how they handled it.

In the same interview, Stevenson said this about getting Catra and Adora together without the higher executives being able to cut them out: “If I can get them to this place where their relationship and that romance is central to the plot, and it can’t be removed, can’t be noted-out or it can’t be something that’s cut later, then they’ll have to let me do it.” Being aware of the awkward situation of setting up a main lesbian couple that could be axed at any moment by those Stevenson answers to and working to make sure that doesn’t happen has got to be stressful. Especially when the demographic she’s catering to have had enough of queerbaiting and botched representation in media. Stevenson and her crew not only took the best of a difficult situation, but made it work. They slowly built up the queer narrative while constantly normalizing it as part of the setting to the point where, as Stevenson says, it was impossible to remove it from the main plot of the final season.

Something especially amusing is how they made use of subtext, something queer audiences are too familiar with because it usually ends up becoming queerbait. Subtext is often used to foreshadow a future event, but not in the queer narrative where it is the primary method of queerbaiting. She Ra uses subtext throughout seasons one through four, but then brilliantly subverts the queerbaiting trope to actually follow through on what is being hinted. For an audience that has grown tired of being invested in subtext when it is simply a marketing tool with no intention of giving the representation queer people actively look for, She Ra was immensely gratifying.

Additionally, they made the villain of the final season, Horde Prime, emulate aspects of religious rhetoric. Particularly, the attack on individuality with his followers being clones or being forcefully chipped into a hive mind where he commands them against their will. When Catra is chipped (her hair is cut and she is dressed like the clones), it is deeply traumatic for her. Prime’s agenda to wipe out anyone who isn’t like him if he can’t “convert” them is reminiscent of the homophobic and racist sentiments found in multiple religions. Prime’s use of clones, along with his church-like desire for purity, suggests a possible aim to associate sex with sin, given that cloning is a form of reproducing asexually; also very reminiscent of how religious rhetoric tends to demonize physical relationships. In a show where each character is diverse and unique in both appearance and personality, it seems fitting that this should be the final villain. It speaks to many of the fans that have experienced intolerance of their sexuality, race, and religion. Once again, it shows how the creators of She Ra understand their audience. Spending the first four seasons normalizing queerness and showing diversity through marvelous character designs to then have the big bad of the final season be the preacher of a homogeneous group attack exactly that is really clever. Especially in the context of its very own showrunner’s struggle for She Ra to be as inclusive as it is.

This speaks to the importance of having more diversity among the writers and creators of fictional media. When it comes to being more invested in portraying LGBTQ+ characters and narratives while higher-ups try to axe it for marketing purposes, queer creators have a better understanding of the consequences. Noelle Stevenson understood that and worked to avoid a possible queerbaiting situation at the same time building trust between her and the fans. While other shows and media think it is “enough” to have same-sex background extras kiss or confirm characters to be gay without actually portraying it, it really isn’t. It’s the bare minimum they will do because they don’t want to alienate the homophobic audience.

We don’t want the bare minimum; crumbs simply don’t suffice anymore in a time where the standards have been raised. This is not a Xena: Warrior Princess situation in which subtext was the only way the creators were allowed to portray a canon lesbian relationship (an ingenious move for its time and arguably done better as representation than most media today, but I digress). She Ra could have been like Xena, but the creators and writers knew better and that it was time for a direct approach. The fan response has been overwhelmingly positive, so hopefully other fiction will not be afraid to follow in She Ra’s footsteps and allow for a more inclusive environment, both on screen and behind the scenes. 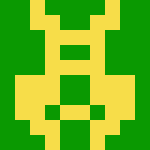 Diana Mikovsky is an aspiring writer with a specific interest in LGBTQ+ representation and issues in fiction. Currently, she is in Hunter College and hopes to not only analyze stories, but to write her own as well.