The Last Jedi is Repetition, Not Subversion

Star Wars: The Last Jedi is known for being one of the most divisive films in recent history. The reason for that is that it seems to involve moving away from the themes of the franchise. Audiences were shocked that instead of revering the Jedi, it berated the old order. Instead of the usual good vs evil, it placed the Resistance in a morally grey tone with the Canto Bight sequence. Luke, in particular, is a huge epicenter of debate among fans. Did his disillusionment with the Jedi and pessimism he presents throughout the movie distort his character? The biggest question of all, however, is did The Last Jedi ruin Star Wars by straying so far? I have found that this is not a simple yes or no question. In fact, I am more likely to argue The Force Awakens – while it did well with introducing the new characters – was more detrimental to the franchise rather than The Last Jedi, but that is a topic for another day. Through exploring the original trilogy, the prequel trilogy, and the animated series The Clone Wars, I have discovered that the ideas presented in The Last Jedi are not as straying nor as innovative as we might initially think.

Let’s start with Luke and the Jedi Order. Luke has put himself into exile, out of guilt for trying to murder his nephew, Ben Solo, and has come to the conclusion that the Jedi must end. Yoda’s appearance is to confirm this belief that Jedi wisdom is flawed and overrated. Many articles as well (as Mark Hamill himself) have said that this is out of character for Luke. They claim Luke would never kill his nephew for only sensing evil in him, if Luke wouldn’t kill his own father who already was evil – and I agree. What I haven’t seen discussed yet is how Luke’s conclusion about the Jedi being wrong already happened in Return of the Jedi. To recap, in Return of the Jedi, Luke constantly questions his elders, be it Yoda or the ghost of Obi-Wan. Primarily about why he wasn’t told the true identity of his relationship with Darth Vader and their insistence for him to kill his own father. He refuses to kill Vader despite Obi-Wan claiming that it means that “the emperor has already won” if he doesn’t do so. In the final fight, Luke loses his temper and the Emperor then tells Luke to kill Vader and take his place. Luke refuses, declaring that he is a Jedi “like my father before me.”

Notice anything strange here? Both the Jedi and the Sith insist that Luke kill his own father. Each for different reasons: for the Jedi, killing Vader is a selfless act, since it would rid them all of the galaxy’s most notorious murderer. For the Sith, it’s a selfish act to release hate and take a position of authority. Nevertheless, it remains the same act, and Luke recognizes this and refuses to participate, rather willing to die. Now, think about Revenge of the Sith when Anakin felt guilty about killing Dooku because it’s not the Jedi way; Palpatine tells him it was necessary because “he was too dangerous to be kept alive.” This parallels the end of the movie with the Jedi; Mace Windu tells Anakin that Palpatine “was too dangerous to be left alive.” Ultimately Anakin could no longer see the difference between the Jedi and Sith and chose the selfish path because he wanted to save his wife. Emotional attachments to other people of any nature, whether familial or romantic, are forbidden by the Jedi Order, so Anakin had to hide that he was married. The Jedi would not have tolerated this, so he chooses the Sith as it was the supposed only option to keep whom he loves.

Luke’s choice in Return of the Jedi also could have taken a dark turn given that he, like his father, is being told to do something that both Jedi and Sith endorse. Instead, Luke takes a middle ground and refuses to fall for a similar false dilemma that Anakin fell for a long time ago. He proves then that the Jedi were wrong about attachments, since he defends his father to the point of self-sacrifice. Not only that, but he declares “I am a Jedi, like my father before me,” therefore changing the way of the Jedi much prior to the events of The Last Jedi. Thus, it can be extrapolated that he has made / will make having emotional attachments acceptable in any new Jedi order he may found. Throughout the original trilogy, Luke learns from his mistakes, questions his elders, and takes the middle ground which disagrees with the old ways. It’s fitting then, and in character, that he would rebuild the Jedi Order in a way that the mistakes of its predecessors would not be repeated. Luke, of all people, would understand why the ineffective “no attachments” rule was the reason for his own father’s downfall and cast it aside like he did in Return of the Jedi.

This is why it’s redundant in The Last Jedi that only about thirty years later he realizes the old Jedi Order was wrong. He already knew that and defied both Yoda and Obi Wan and was proven correct. Luke is characterized in the original trilogy as a free spirit and thinker. He constantly defied authority when he thought something was unfair (power converters anyone?) which makes his disillusionment at the Jedi during The Last Jedi a lot more unoriginal than many audiences think. Luke’s arc in Return of the Jedi is oddly ignored for the sake of a repetition of essentially the same arc. I believe that the intention of The Last Jedi was to subvert the audience’s expectations, but Return of the Jedi already used that same subversion. Using Luke’s original arc for a second time makes his character development go backward rather than forward.

Now for the supposed good vs evil subversion in the Canto Bight sequence. I also found it to be a repetition of previous themes. The characters Finn and Rose Tico go on a side mission and discover that the war is mostly just damaging and harmful to those caught between while supporting those who sell weapons. This could be an interesting subversion had the prequels and animated show Clone Wars not already explored it. The prequel era as a whole show the Jedi and the Republic in a morally grey light. In The Phantom Menace, Qui-Gon Jinn insists on separating himself from the Jedi Council which already makes the audience question who is the good guy. They both seem to be on the side of good, yet they disagree amongst themselves. Then Attack of the Clones has the Republic and Jedi use a clone army out of immediate need and convenience in a new war against the Separatists.

This angle is even more nuanced and explored in The Clone Wars where the Jedi, the Republic, and the Separatists all have questionable morals during the war. The use of clones, breeding people for battle, is highly problematic, yet the Jedi and Republic endorse it, while the Separatists use droids but are brutal with their tactics leading to collateral damage. One of the main themes of The Clone Wars is about how so many people needlessly died and suffered for a war that was unnecessary and didn’t have to happen. It was just a device in a long-term plan for Palpatine’s eventual empire. Anakin’s student, Ahsoka Tano, leaves the Jedi Order when she sees the flaws within them. The opening crawl of Revenge of the Sith speaks for itself, “There are heroes on both sides. Evil is everywhere.” Very significant words when Anakin spends the movie doubting the Jedi for valid reasons but makes a choice that is so extreme and destructive, he loses any morality he could have claimed beforehand.

The Last Jedi tricks you into thinking that Star Wars was never morally grey because it uses this angle as a subversive tactic, yet there are already three characters that question the “good side” and the Jedi without becoming evil. Qui-Gon Jinn in the prequel movies, Ahsoka Tano in The Clone Wars, and finally, Luke Skywalker himself of the original movies. The franchise already explored the state of the galaxy beyond a good vs evil standard, so The Last Jedi’s attempts to make this appear to be a subversion isn’t all that original. The Jedi were always meant to be flawed, and Luke was always meant to realize and correct this from Return of the Jedi. The Last Jedi does a great job of fooling the audience into believing it is introducing new material into Star Wars. This is why it’s known as the ‘divisive Star Wars film’ when The Force Awakens basically did the same thing. The difference is, The Last Jedi repeated themes and made it look new while The Force Awakens repeated plot and didn’t bother covering it up. So, The Last Jedi didn’t stray from the overarching themes of Star Wars, it simply recycled them and made the characters, especially Luke, go backward in their development rather than forward for the sake of making it appear to be an innovative angle. 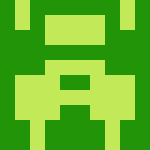