The Road to Vertigo:

The Suppression and Eventual Rise of Mature Comics and Their Readers

The legacy of Vertigo recalls the very idea of comics finally being allowed to mature; letting people swear, drink, openly take drugs for recreation, and bringing in some serious ambiguity as to what it means to be a good person. Titles such as Preacher, Transmetropolitan, Hellblazer, and Sandman cannot be separate from the very spirit of Vertigo. A new age of freedom and expression within the medium. However, to truly understand why this was so significant and praised, we need to look back at the reasons why these things were suppressed in the first place. As well as the attempts before this to allow the medium to grow up.

Post-World War II, comics faced a major backlash for their content, and how the public thought it was affecting their children. Largely spear-headed by psychiatrist Dr Frederic Wertham, comics were frequently burnt or banned as they were seen as poisonous to the minds of children. With Wertham stat that “Hitler was a beginner compared to the comic book industry”, according to David Hajdu’s book, The Ten-Cent Plague. Even Stan Lee has commented that a rifle salesman told him his work was criminal when stating that he wrote comics for a living. The uproar around comics lead to the industry itself being put on trial, the entire medium being villainised in the eyes of the public. Famously, during these trials, the cover of Crime Suspenstories #22 (1954) was held up as an example. The cover depicts a man holding both an axe and a woman’s head, while her torso and legs lay on the floor. The trial asked publisher William Gaines if he felt that cover was appropriate for the medium. His response, “Yes, I do. For the cover of a horror comic”. Admittedly an apt response.

After the trials, the Comic’s Code Authority was put into place, a self-regulated set of guidelines to prove to audiences that a comic was appropriate for the general public. Similar to the film industry’s own Hays Code. In the modern landscape, we can look at some of the rules and restrictions as heavily draconian, but it was imperative for comics to even be allowed to be distributed on newsstands. Some of the restrictions included:

And several others. Amusingly, a number of comic books managed to skate around the rules pertaining to vampires and werewolves in creative ways. The Amazing Spider-Man #101 (1971) introduced Morbius the living vampire to get around the undead rule. X-Men #60 (1969) created Sauron, who turns into a pterodactyl instead of a werewolf, and DC decided to use their writer Marv Wolfman to get around the rule, by referring to him as a “wandering Wolfman”.

Between the time of the Comic Conde’s instigation and the formation of Vertigo, a number of comics and attempts to mature the comic book medium were attempted (with the exception of underground comics and Tijuana bibles, that were not code approved by definition). The Amazing Spider-Man #96 (1971) went to print without the Comics Code logo on the cover, as it featured an important message about drug abuse. This did eventually lead to the code becoming slightly more lenient, but the true progenitors of mature comics come in the form of both the essay Man of Steel, Woman of Kleenex (1969) by Larry Niven, and the novel Superfolks (1977) by Robert Mayer.

Niven’s essay, while taking a somewhat humorous take on things, examines the problems a superhero like Superman would have when it comes to sexual intercourse and reproduction. Something the comics would not touch at the time, but is a logical thought to have given his Kryptonian physiology and strength. Many years later, this would be somewhat addressed, with Lois and Clark having a son, Jonathan Kent, that could only be conceived while Clark was de-powered during the Convergence (2015) event. Granted, this wasn’t noted in the event itself, but in the tie-in issues, Convergence: Superman (2015), in which Jonathan is delivered by the Flashpoint Batman. But crucially, they specifically state that this was only possible due to Clark being de-powered at the point of conception and through the pregnancy.

Superfolks, however, could be argued to be far more important when it comes to the birth of Vertigo specifically. While in a novel format, the work satirizes the superhero genre and its clichés. Starring a Superman analogue named David Brinkley, the novel shows him slowly losing his abilities due to an unknown enemy, while other superheroes have retired, disappeared or died. However, years later his powers return while he is in the middle of a midlife crisis. The book touched on current politics of the time, such as nuclear disarmament, ideas of human sexuality, such as the misuse of x-ray vision, homosexuality, incest, death and superheroes going through a midlife crisis. The book treated superheroes with a real-world mindset, something that has now become far more common, but was near unheard of at the time. The book has been cited by many creators as a source of inspiration in their work, most notably Grant Morrison and allegedly Alan Moore. Both of which were part of the British invasion of comics and have had work published under the Vertigo banner (weather that be intentionally or retroactively).

The history of British comics, and their development alongside the Western superhero is also deeply crucial to the creation of Vertigo. Specially, the company L. Miller & Son and their actions involving Captain Marvel, as well as the publications Warrior and 2000AD.

In 1982, the comic Warrior came into existence. Debuting a brand-new, darker take on the Marvelman character, penned by the then immerging Alan Moore. Along with Marvelman, another series that ran in Warrior was the politically charged V for Vendetta. A title that was later republished under the Vertigo banner. Moore’s work took on a very political leaning, heavily influenced by the Thatcher administration. Much like how American comics at the time were affected by the Cold War. Moore’s work in the UK also stretched to 2000AD in the early ‘80s. A period in time that also saw the likes of Alan Davis, Ian Gibson, Grant Morrison, and Brian Bolland brought together in one place.

British comics of the time found themselves with many less restrictions than their American counterparts. They were criticised for their content at times, specifically the comic Action which gained the nickname “the seven-penny nightmare”. They had a different environment to thrive than their American counterparts, with an influence from both American and European print. What DC’s Karen Berger found when visiting England, looking for talent, was the new blood comics needed to fully mature. With her interests in the horror genre, more than the superhero, it’s possible that the creators she found and the books she green-lit with them, just wouldn’t have happened any other way.

The first person Berger brought over from the UK was the previously mentioned Alan Moore. While it’s tempting to instantly point at Watchmen, it’s better to argue that Swamp Thing is what truly inspired the rapid turn to a more mature medium and the start of Vertigo. The culmination of Berger’s horror leanings, the talent of Moore, Tolteben and Veitch, the history of mature suppression in comics, and the mix of American and British culture is what sparked Vertigo’s existence.

It’s very easy to look back at the suppression of adult themes and content in the comic book medium as draconian, or the result of over protective authority figures looking for the next villain to morality. But its that very suppression that gave birth to the need to explore such subjects, the explosive rebellion of creativity that dared to challenge why the medium needed to be kid friendly. Something it feels like the medium still struggles against in the popular mindset. Vertigo was an inevitability, but one that exploded with so many possibilities. A place where characters were allowed to act like real people, explore issues that the likes of Superman or Spider-Man just couldn’t. If there wasn’t such a restriction on discussing death and violence, would we have had a series centred around the embodiment of Death herself in Neil Gaiman’s Death: The High Cost of Living (1993)? Would Steven Seagle and Becky Cloonan’s American Virgin (2006-2008) have existed if comics had explored religion and its relation to sexuality more casually earlier on? While the necessity of Vertigo has waned over the years, particularly with the implementation of DC’s Black Label or Young Animal, and the unfortunate news of Vertigo’s closure, its legacy lives on. 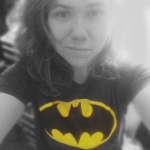 Holding a BA and MA in Digital Media, Mikayla J. Laird acts as a Visiting Lecturer at the University of Hertfordshire. She is currently working on and planning a PhD in semiotics and digital comics. She uses both Comic Books and Film to help students understand the importance of media history when looking towards the future. She frequently blogs about film, comics, and random thoughts brought about through research.