“I won’t wear one of those damnfool spandex body-condom things. I don’t have the bust for it”:

Superhero Costume in the WildStorm Comics of Warren Ellis, Part 2

The Authority’s ‘sister’ title, Planetary was also launched in 1999, following a preview story included in the WildStorm titles Gen-13 and C-23 in September of the previous year. Conceived as a series in which Ellis would both explore the ‘hidden history’ of the WildStorm universe and critique the superhero genre, the titular super-team consisted of three new characters co-created by Ellis and artist John Cassady: Elijah Snow, Jakita Wagner, and the Drummer.

The team’s costumes on the cover of the first issue (April 1999), which they will retain throughout the series, do not suggest a superhero comic. Snow’s ensemble – three-piece suit, shirt, tie, shoes – are all white, as is his hair. Like Jenny Sparks, Snow is a ‘century baby’ born on January 1st 1900. Unlike her, and usually for a superhero, he does age, as indicated by his hair and lined and weathered face. The Drummer’s outfit of a purple shirt over yellow trousers tucked into black boots recalls the Doctor’s costume, and like it, it does not correspond to the langue of superhero costume convention. His chin-beard and long hair are similar to those of Grunge from WildStorm teenage super-team Gen-13, with whom the Drummer also shares a certain ‘slacker’ demeanour, also found in ‘90s independent American cinema from directors such as Richard Linklater (whose second feature film is called Slacker [1990]) and future comic-book writer Kevin Smith (Clerks [1994]). Of the three, Wagner’s costume – a black leather cat-suit with red piping and knee-pads – is the closest to established superhero wear, recalling Swift’s ‘body condom’ on the cover of Stormwatch volume 2, #2 and anticipating the garb of the X-Men in 20th Century Fox’s film adaptations of the characters (beginning with X-Men [Bryan Singer, 2000]). Wagner’s catsuit is also similar to the costuming of The Matrix (The Wachowskis, 1999), released almost concurrently with the first issue of Planetary and influenced both visually and thematically by Morrison’s The Invisibles. (The eleventh issue of Planetary [September, 2000], which takes elements from both The Invisibles and The Matrix, is dedicated to Morrison.) Both films would subsequently influence the design of superhero comics in the 2000s, including Morrison’s New X-Men, illustrated by Frank Quitely (May 2001-March 2004). The fetish-wear connotations of Wagner’s cat-suit echo what Richard Reynolds calls Wonder Woman’s ‘iconography of whips and chains’ (34) and makes overt what he refers to as ‘the fetishism implicit in the design of most superhero costumes’ (30), as do the masks worn by both the Comedian and the Midnighter. But if Wonder Woman appeals to ‘male fantasies of sexual domination’, as Reynolds argues (34), Wagner’s dominatrix-esque appearance seems directed at more submissive tendencies.

Ellis, Hitch, and Neary left The Authority after its first year, with issue 12 (April 2000), in which Ellis’s avatar Jenny Sparks reaches the end of her century-long lifespan. The title was continued from issue 13 (February 2000) by Quitely and writer Mark Millar and, after some delays and several changes in creative team, eventually came to an end in 2011 (vol 4, #29 [January]). Originally conceived as a 24-issue bi-monthly limited series, publication of Planetary stalled between 2001 and 2003, due to Ellis’s ill health. The series appeared irregularly after that, eventually concluding in 2009.  DC acquired WildStorm in 1999 and continued it as an imprint until 2010 when it was shut down. Certain WildStorm characters were subsequently integrated, with varying degrees of success, into the DC’s main line of superhero comics when the company re-launched and ‘re-booted’ its universe with the ‘New 52′ event beginning in September 2011. During the DC imprint years, Ellis also wrote the non- Wildstorm Universe limited series Global Frequency (October 2002-2004), which he described as ‘rescue fiction’. Conceived as an ‘anti-superhero’ comic, in the series normal people belong to the titular organisation which is a covert intelligence agency led by Amanda Zero, whose fetish-wear-influenced wardrobe recalls Jakita Wagner. Influenced by the concept of deep-cover ‘sleeper agents’ and the emerging phenomenon of the ‘smart mob’ (in which individuals use digital social media to organise gatherings, often for the purposes of political protest or civil disobedience), operatives of the organisation are ‘activated’ according to their abilities and proximity to the scene of an emergency. When they are ‘on the Global Frequency’ the operatives don a jacket with the organisation’s logo emblazoned on the back, often to the surprise of relatives and friends who are unaware of their (to use a term associated with the superhero genre) ‘secret identity’.

The absence of costume and focus on a covert organisation in Global Frequency anticipates The Wild Storm, Ellis’s ‘re-imagining’ of the WildStorm universe, launched by DC in 2017. Given carte blanche by Jim Lee to establish a new continuity, the series is entirely separate from WildStorm’s established fictive history. The title of the comic is itself significant, sounding more like the name of a novel or TV series (Ellis has cited Game of Thrones as the narrative model for The Wild Storm) than a superhero comic; comics titles tend to refer to the featured characters, individually or collectively, but in The Wild Storm each issue is titled as a chapter, without either a story-arc or individual issue title (as is usually the case within the superhero genre). In this sense, the title is similar too to Ellis’s serialised science-fiction graphic novel for Vertigo, Transmetropolitan (1997-2002). The Wild Storm as a title immediately announces the series’ departure from established superhero convention, which is emphasised by the complete absence of superhero costume – the genre’s ‘crucial sign’ – throughout, along with the transformation of existing superhero names into operational nomenclature. On the second page of the first issue (April 2017), Zealot, previously a member of the WildC.A.T.S, reacts to being referred to by her civilian identity Lucy Blaze by insisting on the use of ‘call signs only’ when they are ‘in the field’. Over the next two pages, Ellis’s new iteration of another WildC.A.T. member, Voodoo, is introduced. This version is a pop star (where the original had been an exotic dancer), and Voodoo is the name under which she performs. Voodoo rebukes her assistant for using her real name, Pris, ‘while we’re working’. Both of these new iterations differ greatly from their sources, not only in the absence of costume but also anatomically; neither have the pneumatic physique of the typical ‘Lee woman’ (a style which, admittedly, Lee himself grew out of by the end of the ‘90s) but instead are rendered realistically by penciller Jon Davis-Hunt. Nor are they objectified, which is also true of the rest of the women in the series (although they do all have the same cute, upturned nose). That Ellis not only opens the series with these re-imaginings of two key ‘Lee women’ but places them prominently on the cover of the first issue, emerging from a subway station in street clothes, is as much a statement of intent as titling the final story-arc of Stormwatch ‘Change or Die’.  Zealot and Voodoo are accompanied on the first issue cover by another major WildStorm character of the ‘90s, Deathblow, who is, again, radically different from his source. The original Deathblow was emblematic of the hyper-masculine characters created by Lee and his peers first at Marvel and then, even more so, when they formed Image, ushering in what the character Alyssa from Kevin Smith’s 1997 film Chasing Amy (an indie comic creator) describes as the ‘spandex-clad, big pecs, big tits, big guns’ age of superheroes. Essentially an analogue of Marvel’s ex-military vigilante the Punisher, Deathblow’s hulking, ludicrously ‘pumped’ physique bears a similar relationship to his source as Miller’s similarly exaggerated Batman in The Dark Knight Returns did to earlier, more anatomically realistic iterations of the character. Although still muscular, the physique of Davis-Hunt’s Deathblow is consistent with the realist style of The Wild Storm as is his costuming, which combines street clothes with military garb. (Unlike Voodoo or Zealot, the original Deathblow did not have a superhero costume, appearing instead in military fatigues, covered with ammunition belts, grenades, and the large pouches typical of Image characters in the ‘90s.)  The name Deathblow is not used at all in the series, with the character referred to only by his birth name Michael Cray. In another indication of Ellis’s desire to depart from superhero convention, the first spin-off comic from The Wild Storm has this name for its title. The central conceit of Michael Cray (December 2017-) involves the eponymous character assassinating new iterations of DC’s Justice League of America, including Green Arrow, the Flash, and Aquaman (in imitation of the 1995 Marvel ‘one-shot’ comic Punisher Kills the Marvel Universe [November], written by Garth Ennis). Cray’s murder of the DC pantheon can be understood as an example of what Geoff Klock calls (after Harold Bloom) the ‘agon’, which I will discuss further in Part 3. 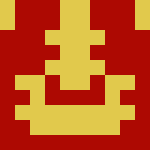 Dr David Sweeney is a lecturer in the Design History and Theory department of the Glasgow School of Art, specialising in popular culture. Selected publications include: 'From Stories to Worlds: The Continuity of Marvel's Superheroes' in Intensities: The Journal of Cult Media, Issue 5, (Spring/Summer, 2013); 'I Spy: Mike Leigh and Britpop' in Devised and Directed by Mike Leigh, (edited by Bryan Cardinale-Powell and Marc DiPaolo, Bloomsbury, 2013); '"You Wish to Know of War, Old Man?": Generational Conflict, Moral Compromise and Youth Rebellion in Civil War: Young Avengers & Runaways in Marvel Comics' Civil War and the Age of Terror: Critical Essays on the Comic Saga, (edited by Kevin Michael Scott, McFarland, 2015); '"Your Face Looks Backward": Time Travel Cinema, Nostalgia and the End of History' in Thesis Eleven, Vol. 131, Issue 1, (edited by Sean Redmond, Sage, 2015); and "'I'll Point You to a Better Time / A Safer Place to Be': Music, Nostalgia and Estrangement" in Twin Peaks: The Return’ in Critical Essays on Twin Peaks: The Return (edited by Antonio Sanna, Palgrave, 2019)