Why We Should Roll Our Eyes at Bill Maher

As a group, we comic book fans have certainly had to take a lot of crap over the decades. Our interests have been belittled, derided, and even threatened with government sanction. These days however, comic books are being praised as a medium of art and the stories conveyed in them are the stuff of an ever-growing slice of pop culture influence. So why do we let the words of one person who doesn’t much care for our passion get under our skin?

I think everyone knows the story by now, so I’ll just give a breakdown. About a week ago, comedian Bill Maher posted a blog in response to the recent passing of Stan Lee. While Maher’s post barely touched on The Man himself, he did launch into a short, familiar tirade of “comics are for kids”.

Beyond that, Maher derided those who consider comic books as even capable of being a sophisticated art form and that we were wasting our time and attentions on our medium of choice. This line of thinking is not new to comics and is not new to works of art in general. There’s an old remark that goes “how novel”, this remark was meant to be derisive to those who read novels. I’m sure some readers are asking, why would someone deride novels?

It wasn’t too long ago that novels, yes, the medium that gave us great works of literature like Crime and Punishment and Huckleberry Finn, was considered beneath the notice of intelligent men, the mere past time for women and children. And don’t get me started on how back in his day many felt that the works of William Shakespeare were nothing but lowbrow trash. My oh my, how times have changed.

How many of us can name a book or a series of books like Watchmen, The Sandman, Persepolis, or Maus that can easily hold its own in the canon of literature? Now don’t get me wrong, I’m not saying that all comic books can achieve this stature. For that matter, not all works of art in any medium can achieve this. I’m a believer in Sturgeon’s Law, which states that only 10% of all art will be of lasting quality and the rest will be forgotten as time moves forward.

Does our ongoing appreciation into adulthood for comics make us any less so an adult? Wasn’t it Stan himself who said that comics shouldn’t just be for kids? We all know the answers to those question.

So then why does someone like Bill Maher get under our skin? He’s not the first to use his platform to say something dersive of comics and comic book fans and he won’t be the last. But he’s not a Fredric Wertham who has the clout of being a renowned child psychologist to give meaning to his thoughts on comics. He’s not an Estes Kefauver who can bring the weight of government authority down on an industry he believes to be a menace to society.

Maher at the end of the day is a guy with a big mouth and a platform that many listen to. He has no authority to speak of that could make life rough for us. He doesn’t speak for anyone but himself and is no representative of the intelligentsia at large. Matter of fact, there are many within the intelligentsia who would side with our line of thinking.

At a guess, maybe we fear that those days of derision will return. That the days when comic book fans were looked upon as the outsider, the nerd, the geek, the loser, will return. Anything can happen, but I sincerely doubt that will happen at this moment in time just because one loud mouth comedian wrote a blog post.

At the end of the day, he’s just someone we should roll our eyes at and continue flipping through our favorite comics. Excelsior! 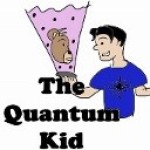