It wasn’t until I recently rewatched the three original Star Wars movies (and The Force Awakens) that I realized the Rebels win because of their diversity.  They have women in positions of power and non-white humans, not to mention non-human characters, involved in planning and decision-making.  The Rebel Alliance is always capable of finding and exploiting the one flaw in the Empire’s weapons of mass destruction because of the “corporate” cultures within each organization.  When you look around the conference tables of each group there are some very stark differences.

Having diverse points of view around the table is at the core of why the Rebel Alliance succeeds where the Empire fails.  The Rebel Alliance is built on a foundation of trust and consensus that allows them to be strong enough to let a kid turn off his targeting computer and “do it his way” in their defining moment.  By contrast, the Empire’s conference table is just a bunch of bickering (older) white men accountable only to the Emperor.  Nobody can think for themselves and they cannot incorporate their own cultural perspectives when making decisions in the Empire; you do things how the Empire commands or you don’t do it at all.  There is no accountability outside of the Empire’s own corporate culture in the same way that there is with the Rebel Alliance.

In being a force of change for the galaxy the Rebel Alliance, itself, embraces change and difference in order to succeed.  But, to succeed in the Empire you need to remain faceless and never draw attention to yourself.  There is a reason all the stormtroopers wear helmets, and it’s not just protection.  To be a part of the Empire everything must conform to what the Emperor demands, and the Emperor demands conformity to the point of only promoting those who look and think like him.  This demand for uniformity, of a rigid system that only looks inward, is also the seed of the Empire’s own demise.

If it seems contrived that the Empire always builds a massive weapon with one crippling flaw, then you’ve probably been lucky enough to avoid working at a failing company or in a toxic corporate culture.  These ridiculously obvious mistakes happen not in spite of the culture of the Empire, but precisely because of it.  Look to almost any real world corporate failure and you’ll also see a similar thread running through the middle of their story of collapse.  No accountability to anyone but themselves, a sense of entitlement, no adherence to their own stated practices, and lip service to their values.  In other words, the Empire simply believes it is too big and powerful to fail. Because it makes the rules, the Empire believes it doesn’t need to play by them.

Take, for example, the Empire’s response to losing the first Death Star.  Their solution is to do the same thing only bigger, because they don’t believe it was their fault the first one was  destroyed.  They cannot see how their own culture allowed for that flaw to exist, so they truly believe it won’t happen again.  By fixing one small detail they believe they can succeed by repeating all the other mistakes, only bigger.  Being unwilling and unable to listen to challenging voices, dooms everyone trapped within the Empire’s inner workings. And, when the First Order takes the remaining pieces of the Empire, they end up making the same mistakes only even bigger, yet again.  The First Order failed in changing the actual corporate culture of their organization when they updated the technology.

By only ever focussing inward, it’s not just that the Empire is unable to learn from their mistakes, it’s that they can’t learn.  There is nothing and nobody within the Empire (or the First Order) who is willing to create enough cultural change to make the organization move in a new direction.  Or, at the very least, not build another super weapon with a similarly obvious flaw.  Why?  What happens to all the talented individuals trapped inside the combine that is the Empire?

Simple, anyone in the Empire with skill, talent or knowledge that doesn’t conform to what the Emperor wants at that precise moment either keeps their head down, leaves, or is destroyed.  Finn is a great example of this because as soon as he unmasks he can no longer remain part of the First Order.  Finn’s unmasking is a great metaphor for how he can’t remain faceless within the organization.  When Finn doesn’t believe in the First Order and he can’t remain silent about it, his only option is just like that of any other employee whose values conflict with their employer’s; he leaves.  This is also what happens to Darth Vader in Return of the Jedi.  Once he no longer believes in the Empire and chooses to destroy the Emperor he reclaims both himself and his face with his final unmasking.  By no longer being a faceless minion doing the Emperor’s bidding, Vader simply doesn’t fit in the Empire’s corporate culture anymore.

However, in some respects, Vader never fits into the Empire’s structure to begin with.  He is the perfect example of a toxic high performer.  Yes, Darth Vader is an employee with a specific set of skills who did the boss’ bidding by tracking down and killing the remaining Jedi, but the Emperor clearly has trouble finding him an appropriate role within the organization once that job is done.  Vader is a disruptive and toxic wild card that keeps an otherwise effective and efficient organization from functioning as well as it could.  He is the ultimate office bully whose modus operandi is to force choke anyone who doesn’t listen to him or whoever so slightly, insults or questions him.  Throughout The Empire Strikes Back, Vader has the entire military organization on edge as he chokes and kills his way through Admirals and other high ranking leaders.

How, is anyone meant to efficiently work at their job when they’re dealing with the stress of having a sith lord rhythmically breathing down their necks?  If he wasn’t there, they would all probably be able to perform better.  It has been scientifically proven that removing a toxic employee from a workplace actually changes the brain chemistry of everyone else. The problem is not that Vader is a negative influence, it’s that he’s unpredictable.  Dealing with consistent behaviour, whether negative or positive, is something human brains easily manage.  Human brains enjoy patterns and order, but constantly dealing with an unpredictable madman who could snap at any time to the point of killing you without consequence, does not make for effective and motivate employees.  When constantly on edge because the outcome of any interaction could spark an unpredictable outcome, the seratonin levels in human brains become unstable, making us functionally dumber.

If commanders and admirals are dying because they try to stick up for the safety of their troops, what hope does the average trooper have?  What reason does an average Empire Joe have to actually be good at their job, when that won’t protect the more powerful commanders?  Remaining faceless and unnoticed is more important to your own success (and longevity) than being a successful or outstanding employee.  If we extend this to the engineers and contractors who built the heat ducts or power converters on the various super weapons, the crippling flaws become easy to understand.  These employees will likely be able to see the flaw, but bringing that news to the attention of anyone with authority will likely mean the employee dies because they delivered dissenting information.  It’s pretty obvious by the massive explosions of the super weapons that these employees realized that keeping their heads down was much safer than drawing attention to themselves for any reason; even at the cost of the lives of thousands.  These disengaged employees have no other options.  Why should a stormtrooper go to target practice when Darth Vader might simply wake up in a bad mood and kill you anyway?

The core issue with the Empire’s terrible corporate culture is the Emperor himself.  He has created a military hierarchy that only communicates upwards.  Nobody shares information with colleagues when the only person who matters for someone’s continued existence is the Emperor himself.  Good communication only goes up the chain-of-command, it is never shared or passed down.  The Emperor let’s Darth Vader exist outside of this military structure, showing he has no desire to follow the rules he himself established for the organization.  Which, should be no surprise since the entire Empire goes against the beliefs on which he built it.

Vader exists because the Emperor has a set of beliefs about being Sith, but the actual Empire itself goes against those beliefs.  There is only meant to be a master and apprentice, so the whole military industrial complex is basically the Emperor going against his own stated beliefs.  It’s hard to build a solid organization when its foundation is built on something the leader only gives lip-service to.  Letting a toxic employee disrupt what was clearly a well functioning organization of galactic oppression isn’t even the worst strike against the Emperor’s ability to lead and manage.  Let’s face it, he’s a micromanager, and that’s what dooms both him and the entire Empire.

It is precisely the Emperor’s need to show up and personally oversee a job that can be done by skilled employees that leads to his death in Return of the Jedi.  It is not safe or rational to use a half-built Death Star with a gaping hole in it (one big enough to literally fly a spaceship through) to begin attacking your enemy.  But, because he has built a culture where nobody can tell him “no” the Emperor never hears someone urge caution or offer a second option.  When left to operate on his own with little oversight or adherence to his corporate values, the Emperor dooms both himself and the entire organization he created.

Allowing and encouraging multiple points of view from people who would be voiceless within the Empire is precisely why the Rebel Alliance succeeds.  They have created a space of collaboration and respect where anyone, no matter species, race or sex, can succeed.  If someone has skill or talent, they are encouraged to use those skills and talents how they see fit while striving toward a shared goal.  Audiences cheer for the Rebels because they don’t just see themselves; they cheer because they see an organization where everyone can actually be heard and valued as themselves.  The Rebels attract talented individuals because they don’t force everyone to assume the old white man is the natural and “right” state of things.  Star Wars shows us, explicitly, that a galaxy run exclusively by one, homogeneous group is not only oppressive,but unable to succeed against the true reality of the galaxy’s make up. 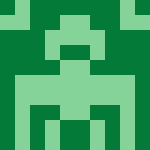 Jon Cormier lives and works in Canada's capital. Most of his time is spent answering questions from his kids. The rest of his time is a mixture of freelance writing and thinking up new, interesting or funny ways to think about superheroes, sci-fi, and fantasy stuff.