We’ve all heard terrible things about this film.  Last fall, I decided to investigate further and see if it was the train wreck everyone was claiming.  There appears to be plenty of blame to go around on all sides.  Fox meddled heavily with their chosen director/co-screenwriter’s vision.  The aforementioned Josh Trank by many accounts was unpleasant to his actors, violent to his provided lodging and released a tweet just before wide release trashing the final product.  Did comic book fans abandon a flawed masterpiece because of some bad buzz or was this movie truly awful?

Let’s start with the cast.  The team were all portrayed by very young actors.  I had no problem with this.  Michael B. Jordan (Johnny Storm/Human Torch) not only played a superhuman who could fly before, he did it while working with Trank on Chronicle.  Jamie Bell (Ben Grimm/The Thing) worked with the previous Human Torch Chris Evans on Snowpiercer and may have had the opportunity to ask Evans for advice.  The muted, subdued performance by most of the cast was fine with me.  You can certainly do more with less; as demonstrated by Tommy Lee Jones in No Country for Old Men and The Sunset Limited for example.

The set design was very functional, a reflection of a relatively low budget for a high profile comic book movie.  I saw a solid foundation laid for 4 characters. Doom (Toby Kebbel) didn’t work for me and Dr. Storm (Reg E. Cathey) died.  I wasn’t distracted by pretty backgrounds or pointless CGI.  The sets did what they needed to in order to move the story forward and also supported the muted tone of the film.

What is the first indication Trank had something different in mind for his version of Fantastic Four?  The opening scene where a student makes a Career Day presentation espousing Peyton Manning and his $10-20m/year contract immediately contrasted by Owen Judge (later Miles Teller) as Reed Richards discussing his progressing work teleporting matter?  Reed is quickly shot down by his teacher for not describing something “in the real world”.  Trank filmed Chronicle on a modest budget that the gross exceeded tenfold, and the movie received widespread critical acclaim.  While this is rare in the real world (outside of fiction in this case) it clearly does happen.

Or maybe the next scene with a dingy neon sign saying “Grimm” is the first hint.  Not that the movie will be overly grim in tone but that it won’t be a mass market tidying up and sanitizing of popular media as the Brothers Grimm remakes of fairy tales were.  In Sandman, Neil Gaiman relates an earlier version of Little Red Riding Hood that certainly wouldn’t fill multiplexes or printing press orders.  12 year old Ben Grimm enters the family home and is immediately violently assaulted by an older, much bigger brother for some perceived slight; the phrase “It’s clobberin time!” accompanies the abuse.

The onscreen frankenpicture is quite unwieldy, made partly of Trank’s scenes and partly of studio reshoots. (Ironic considering the theme of body horror Trank brought to his scenes; a theme rarely explored by the FF in any medium barring Ben Grimm/The Thing.) Sue Storm’s (Kate Mara’s) hair shifts from dark blonde to platinum often and rapidly while her brother’s facial hair also changes. Ben’s antipathy to Reed for urging him to join the expedition that led to his disfigurement is resolved far too quickly in a couple lines of dialogue.

I think Trank was going back to the origins of the FF; the first issue of the Marvel Age of Comics which was heavily influenced by the horror titles that were so integral to comic book sales in the previous decade.  The Thing is so transformed in this iteration that he doesn’t even wear trunks; there are no signs of genitals, no hope of being physically intimate with even a fellow member of the radically transformed like say Sharon Ventura (She-Thing in Marvel comics).   Johnny cannot control bursting into flame which certainly rules out human contact.  Sue oscillates from visible to invisible uncontrollably which leaves 3 members on a par with Rogue or perhaps worse when it comes to contact, even a handshake or a hug.  Reed looks quite disturbing with his radically elongated limbs.  Johnny and Sue need their costumes to have any control over their powers and while a cure is dangled in front of Ben it never materializes.  The film actually documents Ben killing scores of people for the government in return for their “efforts” to cure him.  Reed alone either gains control over his powers and/or builds his own suit to regulate them.  While the film never approaches the territory of David Cronenberg’s The Fly; it certainly removes much of the romance and allure of the group’s initial transformation.

New powers are introduced, Reed’s pliability is used to change his face and Sue can transport herself and others with her force field constructs; even as it is suggested she can’t breathe while maintaining one, similar to Shadowcat’s restriction while phasing.  Doom’s powers are to paraphrase Alan Moore; “so poorly defined as to be near limitless”.  All through this film I saw efforts to push the envelope or traditional FF stories.  While some of these efforts fail, others succeed and this is laudable.

Is this movie an artistic triumph like Citizen Kane or Blade Runner?  Not remotely close.  It’s not even a flawed masterpiece like Dark City.  But its reach often exceeds its grasp; and that’s fantastic. 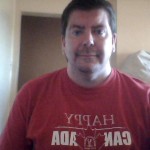 Brent Holmes has lived in Ottawa and read comics for more than four decades. He has even formed an opinion or two about them.