Where He is, Where He was, and Where He May be Going

It is no doubt that Avengers: Age of Ultron will be the biggest blockbuster hit this year and Joss Whedon is the man that brought it to us. But after it’s all said and done, what is next for the guy? To do something big again? Something for himself? Something small and personal? I have a few guesses, but first, let me take you back to some of his best and worst films and TV Shows for a better look at what is to come.

Before the TV show, Buffy the Vampire Slayer was a 90’s film with Kristy Swanson as Buffy and Donald Sutherland as a Giles stand in and good old Rutger Hauer as the big bad. This film was not good. But what it does show is Joss Whedon’s style of writing characters. It still contains that funny and quirky vibe.

Not to make this a review of the Buffy film or anything; it’s just clear that the characters and their dialogue are the standouts. And more often times than not, the care and precision of dialogue can be hampered by direction. But, when you have scenes with the school principal writing detention slips for all the dead vampires laying about, the movie clearly has a sense of charm. Looking back on it, I really didn’t get what the film was trying to do until I realized Pee Wee Herman’s Paul Reubens was a major vampire in the film. And it is things like that that make the movie worth watching and it carries over to the series.

I remember trying to go back and watch the first season of Buffy. It was not a great season. But it still had all the charm and quirkiness of the film. But it still felt ruff, or I was still not in the proper mindset of just how to take in that type of humor mixed with darker edges.

As the series progressed it had a fantastic mix of dark atmosphere juxtaposed to humor. One of the most interesting episodes is the season 3 episode called “The Zeppo,” in which the “Scooby Gang” is trying to stop an Apocalypse, an event that could easily be a season or even series finale. But as we find out, this episode is not about that at all. It is about Xander, the normal guy in the group. The episode mostly centers around Xander’s own feelings of inadequacies with the group all the while getting involved with loads of other shenanigans.  Meanwhile, the Apocalypse is merely B plot stuff barely receiving any screen time at all. The show makes it all work.

Joss Whedon’s skills are set primarily in writing, especially writing for TV. But with that, I believe, comes an uncanny knack at writing character. This is why a film like Avengers works so well. It’s an ensemble piece with a very simple plot but very heavy on the characters, their actions, and how they work together as a team. And no other work of his displays better character relationships than the Firefly TV Show.

It only lasted one season, and even I myself never watched it when it aired. Mostly because, at the time, I was running a comic book shop than ran into its time slot, and I just like to watch things live. But, with these characters, what makes them unique is the fact they don’t all get along. Some even hate each other. (Though maybe hate is a strong word.) Maybe it’s most evident in the movie Serenity, but each character has a dichotomy about them. One of my favorite characters Jayne, played by Adam Baldwin. He is a mercenary with a lot of big talk and bravado. But, as the movie goes on, we see that deep down, he is really kind of a coward. At the end of the movie the team is fighting an army of Reavers (think Rage Zombies with ships and weapons). Zoe, played by Gina Torres, says, “You really think any of us will make it out alive.” to which Jayne replied, “Well I might.” in a very shaky voice not unlike Shaggy in Scooby Doo.

This juxtaposition extends to the captain as well. Mal is a bit of a goof, a likeable and charming guy full of wit. Played by Nathan Fillion, he delivers a line that almost makes you afraid. “When I’m fighting a war, I guarantee you’ll find something new.” This line is delivered in the film’s 3rd act. He transforms right before your eyes becoming a person you want to hate. No wit, no charm, just the mission. He even goes so far as threatening his crew with abandonment or death to do what he says. Even though this is done with a heaviness and a serious tone, it still can be viewed as darkly funny. And this is all because of Joss’s directing ability, I believe.

Sometimes in film, directing can be the make or break position. You can have a movie with great dialogue but bad direction or great direction but parts of the film still fall apart. In Alien Resurrection I think we see just that. Alien Resurrection is another film written by Whedon but not directed by him. For years I had heard how bad this movie was, but I had not watched it till just few years ago. I expected a trainwreck of a film, but then I saw Joss Whedon’s name pop up and thought, well, it can’t be that bad. What I got was a film with very interesting characters with their own unique vibe and a sense of Joss Whedon’s quirkiness. It’s there, but because the film can’t figure out if it wants to be serious and scary or more lighthearted, it has a hard time focusing. It’s not as bad as people make it out to be.

Another interesting fact is that in film, multiple writers sometimes each take a pass on the script. It is built upon until it is refined. In Bryan Singer’s X-men(2000) Joss Whedon made such a pass. What was left in the film is what many considered the worst piece of dialogue in the movie. You know it. You can already hear Halle Berry’s voice in your head. “You know what happens to a toad when struck by lightning? Same thing that happens to everything else.” Maybe it was the effects at the time, maybe it was the direction, or that Halle Berry and Bryan Singer had a bit of a spat during filming. It’s a cute line, but it lacked context. For one second, Storm was Joss Whedon’s Storm. It just didn’t work in that setting.

Directing isn’t just establishing shots. It is more than just making sure all the actors hit their marks. A director has to bring all aspects of film to the table. Well, the really talented ones anyway. Filmmaking is such a collaborative effort that it is the director that oversees it all. When it comes to The Avengers, you not only have to deal with multiple characters, but characters that have already been introduced by others. To take these characters and not only be able to have each one preserve their voice from former movies, but to put his own spin on them, it’s a hard thing to do. Whedon does it and does it well. Avengers is a very straightforward action piece, but it is solidly built on character; the thing that Whedon excels at. It easily elevates what could be a one note film, a film that is essentially just, “Get the bad guy,” and ending it with a one shot kill.

If you haven’t listened to the DVD commentary on film, you should. Oftentimes they can be quite enlightening on the process of filmmaking and the decisions of some things you see on screen. One particular tidbit was that Whedon himself actually doesn’t like the ending all that much. The easy solution of blowing up the mother ship to make all the drone warriors stop, well, it’s a little too easy, yet fitting, I suppose.

Avengers: Age of Ultron is just on the horizon, and many interviews are already circling the web. Some of the on-set visits are a bit of an eye opener. One thing you have to realize is that Joss Whedon has pretty much been working on Age of Ultron since the first Avengers film. That’s about four years of planning and that’s not even including his work on the first film which probably started around the time Thor was in development. Long story short, the man is dog tired and in need of a good long break. But what will be his next film? Apparently he has had pleasant things to say about what they are doing at Warner Brothers with their DC comic properties. While I would not put money on it, I do think it is very likely we could see him on a DC property. Maybe not soon. But I think it will happen.

Watch this space, and see you in the theater. 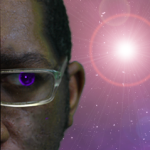