Most of everyone knows, especially through the hit TV show, that Barry Allen is the Flash. And he is. But he isn’t the Flash. For an entire generation, Wally West was the Flash. After 1986’s Crisis on Infinite Earths, Barry Allen was left dead—the hero of the crisis and arguably the biggest hero in DC Comics’ history. From 1986-2008, it was Wally West, the former Kid Flash, who took on the mantle, through hundreds of comics over twenty-years. Because of Mark Waid’s run on The Flash, fans warmed to the idea of Wally taking over the mantle. Waid introduced characters like Impulse and Jesse Quick. He also introduced the Speed Force, which has become a lynchpin in the Flash mythology since.

What separated Wally from Barry, what kept longtime fans to stay—and what made new readers into lifelong fans—was that Wally was simply more fun. He was in the Teen Titans at that point, and suddenly in a legacy he would have to grow into, a kid wearing dad’s shoes. This allowed for Wally’s early stories to be subtextually about coming of age. Suddenly unable to rely on a team or his mentor, Wally was alone in the real, adult world, where he had to balance the weight of the world while also trying to maintain the humor he was known for. This built-in arc allowed for Wally to progress the way most young superheroes never get to. Not only did he fulfill the promise of the sidekick taking on the role of his mentor—in taking the Flash name and, also, training partners—but worried about living up to the generation before him, eventually making the role his own—even surpassing the speeds Barry clocked, which led to the discovery of the Speed Force.

Younger fans could easily identify with Wally for the problems he had, the feelings he attempted to process, the pressure he felt. Every teenager feels that eyes are always on them, and as an adult, sometimes they are. Waid’s run, therefore, wasn’t so much about keeping a Flash title going, but was more a metaphor for growing up.

By the early aughts, Wally was chosen over Barry to be the Flash in the Justice League animated series, produced by Bruce Timm. He was chosen for a number of reasons: Wally was still the Flash in the comics’ continuity and he didn’t want to confuse fans, and Wally’s Flash had more potential for humor, which was greatly needed in a line-up that was comprised of the statuesque Superman and Wonder Woman, the militant John Stewart and Hawkgirl, a stoic Martian Manhunter, and a manic Batman. Also, by keeping Wally a bit younger than the rest of the Leaguers, he adds an air of youth for the kids—where the wish fulfillment elements of comics come into play.

When Barry returned during Grant Morrison’s Final Crisis, this was not only the return of one of the two greatest heroes of the Multiverse (the other being pre-Crisis Supergirl, headband and all) but a cast-aside moment for Wally. Barry took over the Flash title, which soon after led to Flashpoint which led to the New 52 where Wally was simply erased. DC’s decision was to return their continuity to the original icons that they were famous for. Dick Grayson went back to being Nightwing so Bruce Wayne could be Batman. Wonder Woman no longer had partners. Everyone was de-aged. Wally disappeared so Barry could be the one and only Flash.

But there was a problem in that.

Barry is kinda dull. He’s a nice guy, sure, a real noble guy with a great moral compass. Sure he cracked jokes in the Golden Age—who didn’t?—but as the years and the Silver Age drew on, he was written very much like his best buddy Hal Jordan: somewhat older gentlemen; establishment types. Hal worked for the air force and a group of space cops; Barry was a scientist for the police. They were the man. They were blandly conservative—particularly with Barry’s lack of humor and often jarheaded haircut. He wagged his finger, he lectured, and he taught everyone the danger of running with scissors.

If Barry was going to hold on to a solo title he needed more of a hook. Superman is noble. Batman is dark. Barry has a similar kind of nobility, a bit of an old world kind of chivalry. Whereas Wally was a bit friendly with the Rogues (or at least had an open respect for them). Barry only saw them as criminals. Wally became best friends with Pied Piper, who eventually confided in Wally that he was gay (in of the first characters in comics to come out of the closet). Barry calls the Rogues scum.

But a clear sense of right and wrong can be a tough sell these days. God knows Superman’s titles have been struggling in the modern era, if not in sales than in telling compelling character driven stories. In Barry’s case, he’s a boy scout and a dial tone. Except, the New 52 “fixed” him. To the casual fan who will randomly pick up an issue or see a rerun of Justice League will know one thing: Flash is funny. So the idea was to keep him funny. It was easy to do so, especially now that Wally no longer existed. This newfound take on Barry offered the title great sales—which eventually returned to roughly the same numbers moved during Wally’s run.

This “new” Barry found its way to television as well. Grant Gustin’s Flash is roughly the same age Wally was when he took over, and combines Barry’s scientific mind with CW youthful awkwardness (again, scientist) and a healthy dose of warmth wit once associated with Wally West. Whereas the original Barry was always dating or married to Iris, this Barry’s charming enough to play the field while lusting after her, even going so far as to date Linda Park (who, in the comics, was married to Wally and eventually had twins). In one episode, Barry laments how his powers keep him from getting drunk; in a flashback comic, Barry is a teetotal.

Something similar has happened in Batgirl recently. After Gail Simone’s New 52 run ended, new writers Cameron Stewart and Brenden Fletcher gave Barbara Gordon a mini-reboot. They de-aged her, altered her costume, and made her personality bubbly. The changes were jarringly immediate, but ultimately familiar. While the depiction of social media obsessed millennials is both fun and refreshing, the larger picture makes this rebooted Barbara nearly a carbon copy of Stephanie Brown who was Batgirl pre-Flashpoint, as written by Bryan Q. Miller.

Stephanie Brown, especially during her time as Batgirl, was cut from the same cloth as Buffy Summers. She was an awkward, poppy, enthusiastic, trying to balance her “part-time job” as a crime-fighter while going to college. She made pop culture references, she was nervous around cute boys. She was, as TVtropes referred to her, “adorkable.” She wasn’t the best at “superheroing” but she never gave up and always tried harder. She got better as time went on. At the same time, she was not great at planning and prone to improvising on the fly. This is exactly what Barbara Gordon is now. (I’m not trying to say that one creative team is stealing from another—their depiction of modern young women was/is very accurate—I’m saying that this tendency of redundancy and repetition is damaging to DC Comics’ brand.)

The decision to revert to Barry Allen and Barbara Gordon to their original roles in the New 52 is a result of Iconism. While it is understandable that the company would want the most famous incarnations of their heroes to be at the forefront of their catalogue, it’s also limiting. In Wally’s case—in any case really—twenty years is a long time. More than enough time for an entire generation to grow up with Wally West as their Flash. The current writers responsible for his resurrection and resurgence—Grant Morrison and Geoff Johns—instead grew up with Barry, and out of a sense of nostalgia tempered with Dan DiDio’s compulsive use of the word “Iconic!” have instead given us Barry Allen’s name and face, but Wally West’s personality.

DC Comics claims to be the home of the best characters in the world. Given that the company has been around as long as it has also makes it the company with the largest amount of characters to play around with. By ignoring characters like Wally and Stephanie and pasting their characteristic on elder characters cheapens all of them. It borders creative bankruptcy and is a shortcut to thinking. When it happens, a soft term applies to this: “We’re updating the characters,” someone will say. In reality, it’s a copy/paste job. In this case, particularly in Wally West’s, there was no need to update the Flash.

DC Comics always championed their use of sidekicks and legacy characters. This practice tells the casual fan that despite all these amazing characters there are only a few whose stories are worth telling. It limits the characters that were once unique to archetypes, it makes it harder for other writers to develop new or lesser known characters, and it makes the established characters act antithetical to who they were before—sometimes just an issue ago. Likewise, it tells longtime fans that it isn’t worth the effort to care. 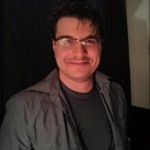