When I received my copy of the Fantagraphics’ Cannon collection of Wallace Wood secret agent strips a few years ago, I was impressed by the beautiful design and layout of the book. In the back of my mind, I planned to interview the designer, Emory Liu, at some point to get more insight into his work. By the time I got actually got around to it, recently, Emory has moved on from Fantagraphics but had contributed a considerable amount of design work during his tenure there, so I asked him a few questions over email.

MATT EMERY: Can you tell me a bit about your art education or background and how you came to work on designing books for Fantagraphics?

EMORY LIU: My first start in the design world came through designing / screen printing posters, and doing album artwork for bands. I played in a bunch of bands, and starting out, we just ended up having to do a lot of the work ourselves, art included.  I also took design classes at School of Visual Concepts, eventually graduating with an Interdisciplinary Visual Arts degree from University of Washington in 2005. I feel very fortunate to be hired by Fantagraphics, as I had no previous experience designing full books, but just came from a job that heavily depended on InDesign. I think I just had enough experience to pass, and a DIY aesthetic that fit with the other designers.

EMERY: When you start working on designing a book, how specific a brief are you given by editorial? Do you have any input into the format of a book?

LIU: Designing at Fantagraphics is interesting, because most of the time we have a ton of creative control. Editorial is usually hands off, and we’re working from scratch, keeping in mind not to overstep the comic artist themselves. A lot of the work is old work being re-released, and just the repackaging of the product with new covers can do wonders, give the book new life. At the same time we’ll get a few titles where we get very little input. Some artists demand complete control, and I’d take the role of facilitator more than designer. As fast as I’d like to get through those, they always end up taking the longest.

EMERY: I wanted to ask specifically about the Wallace Wood Cannon book. You’ve mentioned the eyes being a focal point of the cover design because of Cannon’s changes in facial appearance throughout the book. I wondered also about the prominent gun on the cover. It’s obviously an integral part of Wood’s secret agent stories but also, for anyone familiar with Wood, a sad reminder of his demise. I presume that connection wasn’t intentional?

LIU: I will say working on the Wallace Wood Cannon book was one of my favorite projects! The hardest thing I think was finding images that weren’t too risqué for the cover. I was drawn into that image of the eyes—the cool halftone dots—and since his facial appearance changes throughout, I felt it fit perfectly. The book itself is packed with the most violence and sex scenes I’ve ever seen per page, so I made sure to represent both on the cover. The gun was not a specific reminder to his demise, although you mentioning it reminds me of the sensitivity to that the Wallace Wood Estate has. It’s interesting, because the bio had to be re-written to protect Wood’s image, just to get approval for print. Fantagraphics is very adamant on letting people speak the truth, so you can imagine the back and forth that went on. Luckily, the only thing that they objected to for the art was an image on the back. Sometimes I have to recreate part of a limb or something that gets cut off by the frame, and it looked like this woman had two left feet, which got corrected thankfully!

EMERY: I noticed you’re credited as Designer on some of the books in the EC library and Jacob Covey is the Series Designer. Could you talk a bit about what these roles entail?

LIU: Jacob Covey is the most senior designer at Fantagraphics, and designed the first handful of the EC Library books.  So if I credit myself as Designer on the books I work on, I give credit to Jacob as the Series Designer, since he made all the initial decisions on how the book is designed. My job was to match the format for these books. We have to pick 2 Pantone colors + a cream tone for the book cover, trying to differ from the other volumes (we’re running out of color combos!). We then create a logo for the spine relating back to the material, or title. We have to pick panels from the book and create a collage of 3 or more images to fit the front. And pick more panels to highlight in between chapters. And every books page count is different so it’s a challenge to fit the text images all in increments of 8 or 16 pages.

EMERY: What was the most challenging project you worked on and why?

LIU: The most challenging books to work on are usually the ones where authors or editors are pushing for you to do better work, but without any guidelines to what better work means. Design is all about communication, and when there is a break in communication it always goes bad. A lot of the time the author has a clear vision of what they want, but want to see if you can come up with something better. They always actually just want what they want! It’s fair for someone’s who’s life’s work is being printed to have complete control of the design, but it definitely puts me in a funny position. I’ll omit my name if it doesn’t deserve to be there in some cases.

EMERY: Can you take me through the process of one of the books you worked on at Fantagraphics from inception? I’m curious what sort of direction you are given and how the process of interacting with editorial and the designers work. (Can you also talk about the tools involved, do you sketch things on paper or digitally?)

LIU: Fantagraphics is one of those wonderful places where if you can get the job done, you can do it anyway you’d like. Each book is different. But here’s how it might be for one that just starts with comics, text, and accompanying photos. Paul would clean and lay out just the comics in a template.  The editor would sometimes have the basic structure of the book (what pages are intro, table of contents, comics, text) ready to go, although it can change drastically.  But all in all, the designer just goes with the best they can do. Sometimes the cover gets rejected, and just gets redone. (Paul is the overnight production guy. Paul Diamond Blow. Don’t know if that’s his real name, and I never met him in person in the 2 years I worked there. I’m guessing it’s his name from his band, stage name? He really knows his stuff though. I was at work reading a random tutorial online to fix some print issue I had—turned out to be written by… Paul Diamond Blow.) Starting out, I would go through the comics, get a feel for what they’re like.  And maybe pick a bunch of images that I think are captivating. I might start sketching in my book for basic layouts, getting fonts, seeing how the images can fit together, etc. The internet always has stuff to give inspiration as well.  Sometimes just placing them onto a page in InDesign will spark ideas. As for designing text / image pages, the senior designers Jacob Covey and Tony Ong are masters at that. Tony mocks up the pages even before the text is given to him, putting dummy text in, and black boxes for where images will sit. I would say I was just getting the hang of what proper margins, text sizes, etc., while these guys are fully aware of these things and were able to control and/or “break the grid”.

LIU: Julio’s Day was one of my favorite books to work on, and also the story itself is pretty moving. It was one of my first books I got to design with a big name author behind it (at least in my mind). It was at first hard to design. I was most likely putting too much pressure on myself to do a good job.  The first 3 designs I did were turned down by Gilbert Hernandez. Jason Miles edited this book, and was my go-between for Gilbert. I didn’t have direct contact with Gilbert, but it made designing much easier. Jason was great to work with since he always kept things very positive even if my designs weren’t quite cutting it. Sometimes it takes a while. You end up scrapping all the obvious ideas, and you get to the good stuff. All in all, I think it turned out great, it’s definitely one of my favorite covers.

EMERY: In terms of design were there any particular things you learnt from the projects you worked on at Fantagraphics?

LIU: I would say it would be difficult to summarize all the things I learned from Fantagraphics. I think in every project there was it’s own discovery. The first day I worked at Fantagraphics, I looked up the word indicia, Ha! Ha! No kidding. I think from there on out I had to catch up quick on everything from setting up embossed books, learning to blow up tiny comic strips to oversized covers without pixelation, using grids to the fullest extent, and basically plowing through mental road blocks. 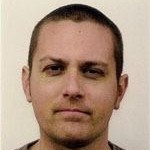