Will Brooker: Gotham Academy got off to a good start, immediately making friends and mixing well. As a fresh new face in the DC Universe, it arrived in October with its big sister title, Batgirl – also co-written by Brenden Fletcher, and set in a similarly young, hip milieu.

Sam LeBas: Co-written by Becky Cloonan and illustrated by Karl Kerschl, this book seems to have found its own unique voice during its time here. It continues to prove itself a strong addition to the DC Universe each month. Full of misadventure and mystery, Gotham Academy stands out amongst its classmates.

WB: Four months in, it’s time to check on GA and see how it’s settling.

WB: For me, this is the title’s most obvious appeal. The two-page scene with Olive and Kyle on a wooden dock by the lake, in issue 3, is particularly gorgeous – as wonderful and memorable in its own way as Frank Quitely’s sequence of reflections on a conversation in Pax Americana. Panels become rippling, floating frames on the water’s surface, as we look down at the two teenagers, the wooden posts,the light and the lily pads. Every detail is evocative, and you don’t need to be still at school to appreciate these moments. There’s a great deal to enjoy in every issue, from the lighting effects and subtle, muted colours to the facial expressions and the textures of the clothes. If Babs Tarr is the star of Batgirl, Karl Kershl is really making this comic special: you could almost remove the captions and dialogue and enjoy it as an art book.

SL: The cast of Gotham Academy is made up of a diverse group of characters. From their temperaments to their appearances, each one is an instantly recognizable individual. The types of relationships uniting these characters are equally diverse. They range from sisterly friendship, like that of Olive and Maps; to the borderline hostile, as with Pomeline and Olive. There is romance, and angst, and tension; so many elements that help recall the growing pains of figuring out who you are and where and whether you fit in. In realistic, heartfelt ways, the team animates this common adolescent struggle.

WB: Gotham Academy carries a lot of echoes from other media. In addition to the cross-references and cameos from the Batman universe – guest villains, Aunt Harriet, a heartthrob Bruce Wayne, Riddler candy and Berry Bat soda – and from the Burnside community of Batgirl – namedrops for the hip bands Ashes on Sunday and the Draculords – the title inevitably recalls Harry Potter’s earlier adventures. Olive Silverlock’s mysterious past, bound up in a secret from the previous summer, puts me in mind of Pretty Little Liars; other scenes, like that relationship talk on the dock, might evoke Dawson’s Creek for older readers. Beyond that, we might even think back to John Hughes movies like The Breakfast Club, the British girls’ comics written by pioneers like Patrick Mills, and the school novel genre that inspired J K Rowling – chalet schools, ballet schools, haunted schools and boys’ schools – but for many Gotham Academy fans, that might be ancient history.

SL: Life at Gotham Academy has its dangers. Adding a hint of mortal peril here and there helps raise the stakes for the students. The characters find themselves tumbling from bell towers and starting fires in cemeteries and confronting monsters, both real and imagined.  This mystery is not without action.

WB: What initially seemed like a stock cast of characters – the kooky protagonist, the cute sidekick, the mean girl, the enigmatic dreamboat, the gadget kid, the cool teacher and the fearsome headmaster – has already developed over four issues. Bully Pomeline Fritch and heroine Olive Silverlock have formed a grudging friendship – imagine that happening with Draco and Harry, four chapters into The Sorcerer’s Stone – Olive and ex-boyfriend Kyle have a touching, thoughtful agreement based on their mutual love for little sister Maps. Isla MacPherson (who has to be played by Karen Gillan if this gets adapted to screen) is such a cool teacher she’s apparently had an encounter with Bruce Wayne, and given him the cold shoulder afterwards. The ghost of Millie-Jane Cobblepot turns out not to be a ghost after all, but the mystery boy, Tristan Grey, has something uncanny about him. The heart of the story, though – the heart, the spark, the energy – comes from Maps, who leaps through the pages like a bouncing bomb, always ready to blow. Brenden Fletcher and Becky Cloonan capture her voice brilliantly.

SL: The team behind Gotham Academy has highlighted the link between the current goings on at the academy and fictional texts, like The Diary of Millie Jane Cobblepot. This instantly deepens the mythology of the series and gives this setting a sense of history. Casting these teenagers as would-be detectives who find power in information makes them an easy fit in the Bat-universe.

WB: Special mention here for the double-spread early in issue 1, which offers an incredibly detailed and dynamic overview – a map, even – of the Academy, revealing what’s going on behind the tiny windows and closed doors. Recalling both a lavishly-illustrated picture book and a scene from the Arkham video games, it rewards close and careful examination. It’s an extremely ambitious way of opening up the location and introducing us the cast in a single image: an showpiece for artist Kerschl, of course, but this is a perfect example of comics as a collaborative medium, combining and balancing words and images, and it’s Fletcher and Cloonan’s achievement, too.

SL: This book is aware of its history, but, quite possibly, represents a strong link to the future of this fictional universe. Personally, I happen to feel quite at home in Gotham; Batman and Batgirl were the first comics I ever picked up. However, I understand that a place with so much history and characters with such complex continuities can seem imposing to new readers. Gotham Academy represents a point of entry for anyone who is the least bit curious about this world. Unencumbered by the past, the story of Olive and her classmates is one that anyone can see themselves in, and find a future with. After a decline in sales during the month of December, I worry that we could lose this important gateway. This is a book worth saving, if not just for the mystery it’s building, for the things it represents. New readers, especially young female readers, need to know that they have a place within the world of comics where they are welcomed. To me it seems, Gotham Academy could be that place.

WB: To criticise Gotham Academy for being pitched at a young readership would be like saying Seventeen magazine should appeal to guys of my advanced age. We talk a lot about how comics should offer an entry point for younger fans, particularly girls, and here we have a title that’s actually doing just that. Personally, I find Batgirl more my level, but I shared these four issues with a female Harry Potter fan and a friend’s teenage daughter, and both were instantly hooked by the setting, characters and tone. This is a great, glossy, beautiful title that’s putting into practice the ideas we discuss at panels, and the ideals many of us aspire to for the comic book industry as a whole. If it doesn’t receive enough support, in the solid form of sales, not only is Gotham Academy going to shut down, but this whole avenue is likely to be closed, at DC and other companies who are watching this bold creative experiment. The end of Gotham Academy would be used to prove that all-ages, female-centered titles don’t work and can’t find a market. Making it a success, allowing it to survive, to thrive, develop and grow is about more than just this individual comic. It’s about what we want comics to be. 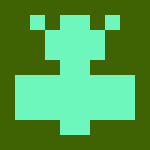 RSS feed for Will Brooker

Will Brooker is Professor of Film and Cultural Studies at Kingston University, London. His PhD at Cardiff University earned him the unofficial title ‘Dr Batman’, and the subsequent book Batman Unmasked led him to international conferences, a TED talk and numerous media appearances, including a TV interview alongside Adam West. His most recent monograph is Hunting the Dark Knight, and he is currently editor of Cinema Journal. 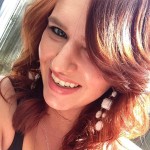 Sam LeBas is a comic book editor and journalist from Louisiana. She works with the independent publisher ComixTribe, editing comic books as well as helping aspiring creators learn about the process of making and publishing comics. In addition to writing comic book reviews and related articles, she is the co-author of a monthly Batgirl column for the Eisner-Nominated site Multiversity Comics.