Of all the elements defining comics, the most paradoxical is that it is a silent medium that nonetheless has sound represented.  Comics are in the peculiar position of needing to imply sounds through images, making it the only medium where the audience regularly sees sound instead of hearing it.  Overcoming this inherent hurdle requires artists to utilize, innovate, and invent all sorts of methods to depict sound.

The most familiar sound trope is the word balloon, or speech bubble, typically appearing as a block of text within a white oval with a protrusion to denote the speaker.  It is so ubiquitous, comics legend Jim Steranko includes it in his formal definition of a comic; a bold assertion, but one justified by the word balloon’s versatility in capturing speech.  The shape alone can highlight all sorts of auditory effects.

This versatility extends to the content inside the balloon.  Simple variations in lettering, like enlarging or bolding certain words or phrases, signals changes in the speaker’s volume or emphasis.

By contrast, words shrunk to illegibility indicates whispering or softer tones of voice.

Playing with typeface is only the beginning.  Moving from written to visual language opens up new ways for representing sound.  A symbol like the skull and crossbones can serve as a visual equivalent to a death groan.  This captures its essence in a more elegant and evocative manner than verbalization is capable of.

Among those possibilities is the ability to go beyond merely capturing sound and instead transform it into something entirely new.  Deadpool, commonly characterized as a loony jokester with metafictional awareness, has pale yellow speech and thought balloons.  When the Purple Man uses his powers of enthrallment, his words switch to a purple font,   Morpheus’s word balloons are black with white lettering, serving as both an extension of his color scheme and as a sign of his celestial nature.

The coloring choice helps establish a signature visual for the character, one that is reflective of his personality or being.

The greater ramification though, is that the sound is being depicted with a purely visual element.  All characteristics of a sound, the reader must infer it from the manner in which the sound is visualized.  Yet color has no aural equivalent; saying Deadpool’s voice sounds yellow is an impossible statement. Nonetheless, that is what is being implied to the reader.  By depicting the sound with a trait that requires sight, it fully realizes the sound as an graphic image.  Instead of being a “desperation device” as the legendary Will Eisner calls it, the word balloon captures the sound and makes it into something that can exist only within a comic.

Just as the word balloon is an effective tool for speech, the visual sound effect is one for noises, and like its counterpart, is only effective in comics.  Nothing illustrates this point better than the campy 1960s Batman television series, with its over-the-top fight scenes punctuated with jarring images of POW, BAM, and ZONK!  The show plays this for laughs, but it illuminates how integral onomatopoeia is to comics.  In a medium like television where sound is available, this device is an excessive distraction.  But onomatopoeia is a necessary visual cue in comics; otherwise the panels would appear strangely silent in the reader’s head.

This is not to say visual sound effects can’t be used poorly, even in its native medium.  Where the word balloon’s flexibility comes from its subtlety, onomatopoeia is blunt and flashy. Imagine how heavy-handed this scene of domestic violence would be if it was layered with a BIFF!

This panel from Incredible Hercules shows the other pitfall of using onomatopoeia poorly.

Intended to heighten the impact of the Dark Avengers’ dramatic entry, the scene is inadvertently diminished by the BWHOOM!  The sound effect is layered with little regard to size, placement, or spatial orientation, obstructing the other images in the scene, and ends up pulling the reader out of the story.

Well-executed onomatopoeia requires carefully balancing all the visual elements in a panel.  Artist Frank Quitely demonstrates it in this panel from, fittingly enough, Batman and Robin.

By drawing the sound effect into the rocket exhaust and not stamping it over the panel, it fits smoothly with the rest of the art.  It draws the reader’s eye in an intuitive fashion, serving as a natural extension of the visual elements already present in the scene.

Yet when an artist embraces the flashiness of onomatopoeia, its true storytelling potential can be realized.

This panel from Andrea Sorrentino’s run on Green Arrow shows John Diggle and Moira Queen ducking an explosion, accompanied with a resounding BOOM!  Inventive layouts being one of his trademarks, Sorrentino depicts the word as the very panels for the scene.  This creates a vivid and dynamic visual, but is also very evocative, implying that the boom is so loud and overwhelming, it is spilling out of the narrative.  Using a sound effect to inform the very structure of the comic is the purest expression of the essence of sound and sequential art.

Like other elements of comics, there is more to visualizing sound than meets the eye.  The simplicity of the speech bubble and the sound effect hides a greater complexity, and understanding that is a key part of appreciating comics and developing greater visual literacy. 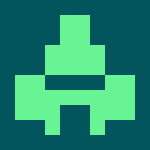