FURY and the Horrors of War Spectacle

There is much dispute over the relationship between war and film. Considering horrific realism versus the need for action spectacle, FURY is ambiguously caught in the middle. Safe to say, however, Brad Pitt, Logan Lerman, Shia LaBeouf, Michael Pena and Jon Bernthal put some considerable ease on the film’s marketing team. So, to what extent does David Ayer’s FURY hope to reveal the horrors of war, and perhaps build on an understanding of World War 2? And to what extent does this all seem to be a part of a Hollywood product that is reaching for the Oscar gold?

The newly released film has had considerable success, favourable box office returns and moderate to good praise from critics. FURY doesn’t necessarily glorify the war and its violence, and its characters are depicted with an unstable psyche that is disturbing and ironic – being a soldier is “The best job I ever had.” None the less, viewers are presented with a visceral experience of sensational suspense and extreme aggression, giving little wonder to the film’s title. So, does all this violence only continue to purport the heroism of war, or is it an honest depiction? War films will always struggle within this paradox of realistic depictions as well as providing violent sensationalism. I was expecting something incredibly brutal, to which it was, but I had mixed reactions on the film’s intentions.

First and foremost, I’ll cover the essentials. FURY is directed by the hard-bitten David Ayer (End of Watch) who is an ex-military man, and demonstrates his extensive knowledge of warfare and army tanks. The film is set in 1945, and the audience is introduced to the film’s centre, the tank understandably named “Fury”. The tank Fury is the core of the film; it represents the crew that operate it, and the mechanisation of war. Opening close-up shots provide facial familiarity with the characters while instantly conveying a sense of claustrophobia inside this vehicle. An immediate connection is drawn between this destructive war machine, and the people controlling it. Returning to the camp, their assistant driver and gunman has been killed and new recruit Norman (Lerman) is introduced – with clean, baby face and all. Norman’s cleanliness not only juxtaposes the intimidating appearances of the other soldiers, but also indicates a gap in experience and psychology. The tank’s crew consists of Don, aka “Wardaddy” (Pitt), the Sergeant; Boyd “Bible” Swan (LaBeouf) the religious and main gunman; Trini “Gordo” Garcia (Pena) as the tank’s driver; and Grady “Coon-Ass” Travis as the barrel loader and mechanic. Together the crew has formed a unit that has survived the duration of the war together and have built a type of fraternal bond. Norman, however, is a 19 year-old trained typist with no previous knowledge of combat, or even holding a gun for that matter. As the film progresses, the audience will follow Fury and its crew through the German landscape. Completing various missions and battles up until the film’s climax where the crew is stranded facing approximately three hundred marching Nazis, where their skills will determine whether or not they live or die.

On face value, FURY doesn’t have a structured narrative – it isn’t goal-directed. This meandering narrative isn’t a flaw, and surprisingly retains attention and generates suspense through its disquieting tone. This sense of anxiety is maintained through the film’s subtle but complex performances. At first Pitt appears to be Lt. Aldo Raine from INGLORIOUS BASTERDS (2009), but less psychotic and more enigmatic, Wardaddy has a paternal role in the unit. Much like the momentous machine he commands, Wardaddy has a big build and is slow moving, but dangerous when provoked. The most interesting sequence of the film isn’t set on the battlefield, but in the apartment home of two German ladies. While the sequence hints at possible abuse, instead the ominous tone dissipates into a poignant attempt at recreating normalcy, as Wardaddy requests the two ladies to cook some eggs and bacon. (It is in the same scene that Wardaddy has to, of course, clean himself. Complete with a shirtless Brad Pitt – it’s in his contract, surely.) The whole scenario contrasts the otherwise brutal film, and is perhaps the most confronting and alluring scene, especially when the rest of the crew enter and disrupt the homely status quo. Despite the intruding drunken rabble, Wardaddy is stubborn enough to remain calm and ignore them. For a brief moment however, he is provoked and it is terrifying. Pitt’s performance endorses trust from a distance, he is a deadly but compassionate character.

Lerman’s performance is just as respectable. The main focal point of its success is in Norman’s transformation – the development from reluctance to duty. A timid and innocent character, Norman’s inability to shoot an enemy soldier results in the destruction of an ally tank. It is shortly afterward that a soldier is captured in another battle and Wardaddy forces Norman to shoot him, like an agonizing initiation. Unlike Wardaddy, less is expressed to indicate a complex back story for Norman. Much like his hate-filled colleagues, Norman slowly expresses an increasing rage and begins to scream at the Nazis as he guns them down. The rest of the crew find means of suppressing their guilt – by means of faith, alcohol or humour. Norman assimilates himself within the crew and does, in a way, become a part of the machine. It is unlike his counterparts that he still desperately tries to hold onto his humanity, and even sanity. Norman represents the “good man”, but whether or not he is a “hero” is up for debate.

While the performances of the actors lend a hand to the film’s psychological realism, the cinematography, sound and editing contribute to this process of immersion. Much of the film’s editing operates like montage, especially in the battle sequences. At one point, Fury and another tank standoff across a field and the machine’s slow movement contrasts the quick editing that makes the suspense unbearable. Furthermore, Steven Price’s score echoes with heavy percussions overlayed with choral singing. The effect emanates this idea of war chanting, while low angle shots present the tanks as industrial beasts. This accumulation of angles, editing and music define the battle scenes and inflates them to almost religious proportions – reiterating the traditional battle between good and evil.

Roman Vasyanov’s cinematography washes over the screen with shades of earthy tones, mixed with metallic greys and silvers. From the dirt of the landscape, the uniforms and the tanks themselves, the colours meld together forming this one unifying, battered and filthy appearance. This effect not only integrates the characters with the decaying landscape but also with the tanks they command. FURY shows these characters live and breathe with the tank; they become a part of it as a whole unit, as if to concrete this representation of brotherhood with the vehicle. Furthermore, the cinematography makes use of framing the spatial relationships with the environment. Opening shots within Fury are claustrophobic, but when the crew return to base camp, the framing of crowds around them is just as suffocating. It isn’t until they are on the move into enemy territory that a reprieve is offered, but is also met with senses of paranoia.

I started this review with questions regarding FURY’s balance between its depictions of atrocities in the war and this association between the war-film and creating a violent spectacle. FURY has the cast to attract, and certainly has the tone of being the latest brutal, confronting, gore-ridden, action film. Brad Pitt leaning over a tank’s cannon with “Fury” painted on the side screams “masculinity”. But aside from creating an attraction, FURY is still a well executed film that conveys the ambiguities of morality. The point isn’t to fall for what the distribution want you to look at; shift the focus onto Lerman’s character. Norman makes the transition from being an onlooker of the war to being a part of it, a shift the audience is aligned with. He sees the spectacle, if any, as much as the viewer does. Although the narrative progresses forward, the meandering nature dissolves from one event to the next, each event repeating this message of the chaos of war. Norman represents the “good man”. The reasons for participating in the war is because of duty, not desire, and this is the distinguishing difference between Norman and the rest of the crew – even when he becomes a part of the “machine”.

To call the film’s characters “heroes” is only juxtaposed by the long, wide and overhead shots of corpses. Swelling music may connote ideas of pride and honour, but Norman barely reflects this, if anything, he forces himself to. FURY is filled to the brim with a nihilistic consciousness that notions of heroism and survival seem like excuses for justifying the atrocities. The crew turn to methods of respite from their jobs, they’ve stopped questioning their actions. Wardaddy only holds onto a life that could exist after the war, a life of the ordinary that is long gone for him. Norman is consumed by fury, becomes a part of Fury, but in the final moments doesn’t lose sight of his humanity: he is still hesitant to fire, he still wants to surrender. 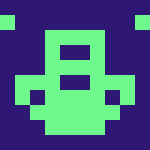 From always watching movies in his childhood, Justin has grown to continue seeing and studying film through his schooling. Still in university, Justin is studying a Bachelor of Media at the University of Adelaide, in Australia. Heavily involved in his local film society, Justin is always eager to share and discuss. Attending numerous media screenings he frequently writes reviews, even when he should be doing his assignments.