“A Zombie movie that never ends”

Like a lot of people, I love reading The Walking Dead and I’m not always sure why. Robert Kirkman, Charlie Adlard, and Tony Moore’s book is ludicrously successful, not only maintaining high sales, but spawning a whole universe of video games and TV shows and (eventually, I’m sure) themed restaurants. To be sure, the book debuted right in the middle of the Bush-era zombie boom (what Kyle Bishop calls the “renaissance era” of zombie movies), but that doesn’t explain its ever-increasing popularity.

There certainly isn’t anything in The Walking Dead we haven’t seen before – the series is unapologetically derivative of George Romero’s zombie films, and the opening scenes of the comic (unintentionally) hit the exact same beats as the movie 28 Days Later. Moore and Adlard’s pencils are very good but intentionally low-key, and Kirkman’s characters suffer from expositionitis and painfully on-the-nose dialogue. None of that matters, though, because Kirkman understands genre. Just like his other long-running series, the superhero comic Invincible, The Walking Dead works because Kirkman taps directly into what makes the zombie genre compelling, and allows those qualities to take centre stage. While plenty of other stories use zombies and superheroes as high-concept hooks (often mashed-up with other genres) or vessels for allegories, Kirkman tends to stick closely to the genre he’s working in. It’s tempting to call this approach simplistic, but that allegation only sticks if the genre being stuck to is itself simplistic. The Zombie genre is, and isn’t.

Zombies are pretty simple antagonists, and zombie stories follow a pretty simple formula, including Kirkman’s “zombie movie that never ends.” Thematically, however, there is tremendous room for complexity. Zombie stories are existential at heart, dealing with degradation, despair, and decay; the horror of zombie stories doesn’t spring from the threat of death itself, but from the knowledge of its inevitability. These themes are inherent in the concept of zombies; because Kirkman is trying to exemplify rather than reinvent the genre, the longer his series runs the more these themes come to the forefront. The fear of death and dismemberment is still there, but so are the more abstract fears of meaninglessness and futility. It turns out that when you try and write a story that’s simply about zombies, they start doing the thematic work for you.

Monsters exist at the boundaries of the real. They’re what Stephen Asma calls liminal beings, creatures that push against and break our established conceptual categories for dealing with the world and other people. Calling someone monstrous is a kind of surrender – it’s a way of saying that you can’t (or don’t want to) understand them. They violate our picture of the world we live in, and represent a greater unknown. “Monster,” Asma writes, “derives from the Latin word monstrum, which in turn derives from the root monere (to warn). To be a monster is to be an omen.” (Asma, 13) Monsters are the sharp edge of our larger anxieties cutting through our ordered view of the world. In the face of zombies, the basic categories of life, death, and personhood don’t fare any better than strangers in a farmhouse.

The American philosopher Noël Carroll arrives at much the same conclusion in his theory of horror. He argues that the essential emotional characteristic of horror as a genre is not fear or disgust but fascination: “It is not that we crave disgust, but that disgust is a predictable concomitant of disclosing the unknown, whose disclosure is a desire the narrative instills in the audience and then goes on to gladden. Nor will that desire be satisfied unless the monster defies our conception of nature which demands that it will probably engender some measure of repulsion.” (Carroll 37) Defying (our conception of) nature is what differentiates horror from the “thriller” genre, since simply being scary isn’t really enough to make a story into a horror story. It also explains why it’s so often disappointing when the monster’s origins are explained, and why Kirkman wisely promised never to explain where his zombies come from (this is especially a problem when horror is mixed with science fiction, where the tendency for explaining everything takes us from Alien and The Thing to Prometheus and The Thing- 2011 version).  Per Carroll: “All narratives might be thought to involve the desire to know – the desire to know at least the outcome of the interaction of the forces made salient in the plot. However, the horror fiction is a special variation on this general narrative motivation, because it has at the center of it something which is given as in principle unknowable – something which, ex hypothesi, cannot, given the structure of our conceptual scheme, exist and that cannot have the properties it has.”(Carroll 35) The characteristic “unknowability” of zombies is the unknowability of death. Like death, they advance slowly, they can be observed and avoided fairly easily, but they can’t be understood or reasoned with and will inevitably win out. Kirkman makes this even more explicit than most (generally pessimistic) zombie narratives: in the world of The Walking Dead, people become zombies when they die regardless of whether or not they were bitten. Death and becoming a zombie are one and the same.

Now that we’re talking about philosophers and an emotional fascination with the inevitability of death, it’s only natural that we turn to Jean-Paul Sartre. Sartre thought emotions were transformations of our world, that they bypassed our mind’s evaluative capacities to reorder our perception of the world along “magical” (rather than utilitarian) lines. We experience terror “because we are seeing the world, not rationally as a set of means and ends, nor as a collection of tools which we may use, or methods which may be employed for this or that purpose, but as one ‘non-utilizable’ whole. That is to say, the object of terror acts upon us immediately, and we do not use the normal categories of the possible and the impossible.”(Warnock 40) The characteristic function of horror, and what differentiates it from “thrillers” and other genres, is that the liminal nature of its subjects prevents our rational side from mollifying our emotional responses – our rational response is first pre-empted by the moment of terror, and then frustrated by the continued violation of our conceptual categories. We’re stuck with our monsters. We can’t explain them away.

Contrast zombies with similar, less awesome monsters – vampires, werewolves, and Frankensteins. Zombies share with vampires and werewolves a viral nature: you’re bitten, you get infected, and then you spread the infection by biting others. However, being a werewolf or a vampire is a condition you can live with. Lycanthropy is a slightly more upsetting form of puberty, with monthly transformations, hair in unexpected places, and instinctual lasciviousness. Vampirism, meanwhile, introduces its victim into a night-time world of sex and violence and self-conscious adulthood, stripping them of their innocence and distancing them from the virtuous mass of normal folk. Remove the Catholic overtones and the promise of immortality and it could be mistaken for HPV. Zombiism, on the other hand, is a plague, a fatal disease, and it acts as such. Zombie bitees characteristically take time to say their goodbyes and try to come to terms with dying, after which point their friends and family are left making the logistical arrangements to dispose of the body. Instead of being buried out of sight and mind, however, zombies rise again as a funhouse-mirror version of humans: they walk around, consume things, and are distracted by bright lights. They’re slowly rotting, but so are we. Zombie victims die twice – first as tragedy, then as farce.

As for the zombie’s third close relative, we can definitely say that Mary Shelley deserves the title of Zombie Godmother. Zombies are Frankenstein’s monster inverted: changed from live bodies to dead ones, losing a mind rather than gaining one. (Shelley’s influence doesn’t stop there: in 1826 she published The Last Man, maybe the first piece of modern post-apocalyptic fiction.) Asma, in On Monsters, situates Frankenstein’s monster in a greater tradition of the medicalization and mechanization of monsters, as the rationalist enlightenment project created new categories of anxiety and unknowability. “The monsters of this literature,” Asma tells us, “have been reduced to their parts alone. They are dehumanized humanoids, brutes that sometimes walk and talk like us but ultimately lack the mysterious heart and soul ingredients to make them human.”(Asma 153) This theme of dehumanization, of course, can be read in various ways. Slavery metaphors abound, especially given the zombie’s etymological roots and the pronounced race-consciousness in Romero’s ur-text. General anti-consumerism (and dead-eyed indifference to the effects of consumption) is an easy read as well. But if we allow zombies to stand for themselves we again find that the dehumanization they represent is simply that of death. Frankenstein was created at a time when we were beginning to understand that the difference between life and death was not obscure and metaphysical, but mundane and biochemical, and zombies have inherited this anxiety (which is far from disappearing).

Zombies also carry a unique set of narrative tropes, which differ from many other types of monster. Noel Carroll, in his study on horror, notes that most horror stories rely on “the drama of iterated disclosure.” They consist of “protracted series of discoveries: first the reader learns of the monster’s existence, then some characters do, then some more characters do, and so on.”(Carroll 35) Often, the monster is only seen in increasing glimpses until we reach a climax of revelation. It’s interesting to see how zombie narratives often reverse this pattern: the characters are often quite familiar with how zombies work by the end of the first act, and start to view them as a manageable, even funny, problem. The “iterated disclosure” found in zombie movies is not the revelation of the monsters themselves but rather of the apocalyptic condition: “the collapse of societal infrastructures, the resurgence of survivalist fantasies, and the fear of other surviving humans.”(Bishop 19) Is it any wonder our fascination with zombies grew to a peak after 2001?

The horror in zombie stories is existential, not physical. A zombie isn’t a very intimidating figure, and almost all zombie films include some comic relief at their expense (comedy can augment, and not relieve, the horror: Walter White is often a character that horrifies us precisely because he wears tightie-whiteys and throws petulant tantrums). Zombie stories transform the world of the characters into a landscape of death, edging into Lovecraftian territory while retaining enlivening (endeadening?) violence. As Asma describes it, “when the horror genre pushes past the simple fear-based narrative of a monster chasing a victim and instead constructs an eerie world of foreboding, it seems to cross over into this more metaphysical pessimism of cosmic absurdity. Cosmic fear or angst or despair suggests, even if only temporarily, that the world lacks the secure structure and meaning that we ordinarily assume it to have.”(Asma 186) The world that zombies create does not present us with anything new – death, despair and absurdity are already with us, zombies just give focus.

Some Books to Consider:

Kyle Bishop, American Zombie Gothic: The Rise and Fall (and Rise) of the Walking Dead in Popular Culture

Søren Kierkegaard, The Sickness unto Death

Mary Warnock, The Philosophy of Sartre 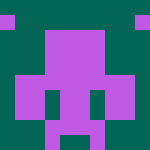