A Review of Chef

Food and Twitter are inextricably intertwined these days – some food shows themselves air tweets live and tweets often make reviews the next day as an example of what the audience is thinking. Jon Favreau and Chef take this relationship and run with it, infusing a story about a dad rediscovering himself and his kid with humour and heart, and just a little bit of the ups and downs of modern tech.

But make no mistake, food is the star of this movie. Chef is an uncomplicated movie, filled with heart and love and passion – just like your favourite comfort food.

Every cooking scene is lovingly focused on the food – whether it’s the most delectable ham and cheese being put together or the three-(or was it four-)course fine dining dishes being made. Each scene is filled with an explosion of colourful ingredients, while in the background a pan might sizzle, or you might hear the sound of a knife hitting a board as Carl (Jon Favreau) chops the rest of his vegetables – it’s the film’s only relevant soundtrack.

A cheese and ham sandwich never looked so good, I swear.

There’s a show on the Food Network in the US – The Great Food Truck Race – which gives contestants food trucks and then sends them on a road trip through the US – cooking their own food and other things as well, as I recall. Chef reminded me of that as it’s also a road trip movie through America and, I think, a love letter to the different types of food they find along the way.  Even if you ate before watching this, you will walk out hungry again. New Orleans, especially, was divine.

But now, on to the rest of the movie: Carl Casper is a restaurant chef, a man who is stuck in a creative rut despite the success of his run as a head chef at a restaurant. His boss (Dustin Hoffman) wants him to stick to the menu he’s been cooking for the past ten years, and despite Carl’s insistence he’s happy, he clearly isn’t. In quick succession, he gets a bad review, loses his job and his mind and becomes a star of the internet in the worst way possible. And gets a crash course in the power of Twitter, much to his ten-year-old’s horror.

Carl hits rock bottom and then goes further when he goes to his ex-wife’s ex-husband for help – played by Sofia Vergara and Robert Downey Jnr respectively. I have to admit, my love for Gloria (Modern Family) did overpower Inez in the first few scenes of the movie, but as I settled into the movie it was clear how tender and loving Inez was, and more importantly, just how skilled she was in handling Carl, without him realising he was being handled until the last moment.

Which brings him to Marvin as Inez’s ex (a hilarious cameo by Robert Downey Jnr) – there’s just no way to describe that than to say the entire cinema I was in pretty much exploded in laughter at this scene. And as with Robert Downey Jnr, Scarlett Johansson brings star power to the movie – she plays Molly, the hostess at the restaurant, and Carl’s confidant. It’s a quiet role, really as Molly is the only one with whom Carl is honest about how unhappy he is – at least until his internet meltdown happens and his unhappiness is out for the world to see. The supporting cast also include Carl’s friends and long-time co-workers Tony (Bobby Cannavale) and the absolutely lovely Martin (John Leguizamo).

Soon enough, Carl has the truck and, with his son Percy, he starts getting it ready to go on the road. Percy is played by Emjay Anthony, part of the cast of the US version of Rake. Percy is desperate for more of a relationship with his father, and his expressive big brown eyes, quiet patience and resigned sighs at his Carl’s behaviour are heartbreaking because Carl doesn’t really see what he’s missing.

It’s not until they’re on the road with Martin, utterly devoted to Carl and their friendship, that Carl begins to introduce Percy to his world – the kitchen and food – that the two of them begin to understand each other. Like all good road trip movies, their relationship develops along the way with lessons learned with humour and snark, with a few parent-son talks that manage to avoid being too saccharine sweet.

The ending is fairly conventional I think, but the story was always about Carl and Percy, and their relationship (as told through food). And even without the red bow on the ending, it would still be a satisfying movie. 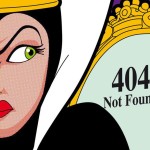