Why the Joker is the Greatest Comic-Book Villain

Simply put: the Joker is the greatest comic book villain of all time.

But before I get into the whys, let’s define “great”.

In this context, “great” refers to the quality of the character. It refers to the Joker’s ability to challenge Batman to push him beyond his limits and to produce the most exciting stories for us readers to enjoy. It refers to many things that Joker possesses that I’ll explain in this piece.

Even though the stories themselves can be as dull as they can be amazing depending on the writer involved, the fact that Joker has endured for 70+ years, regardless of the varying stories, and remain as popular as ever, speaks to the undeniable brilliance of the character that has sustained his existence for so long.

Obviously it’s subjective as to whether or not clowns scare you but it’s fair to say that they creep out a great many people. The inversion of the clown as an avatar of innocence, comedy and joy to deranged psychopathic killer and incarnation of chaos is an arresting image. Joker’s appearance has actually become iconic, an instantly recognisable character across the globe who has cemented the clown persona in comics so firmly that no-one else can attempt it without being seen as completely derivative of Joker. His appearance has made him unique in comics.

Other cultural touchstones have only strengthened Joker’s horrifying image and made him more terrifying. To name just a few, there’s Pennywise from Stephen King’s IT, Rorshach’s chilling anecdote about Pagliacci from Watchmen (made all the more disturbing by Rorshach’s clipped manner of speaking), and the real life horror of the serial killer John Wayne Gacy aka Pogo the Killer Clown, all of which are well-known in popular culture and more than add to the scary nature of the clown for many people.

But there’s more to his appearance than just twisting a playful image – he’s not just being the scary clown, though that’s perfectly fine in itself.

Joker was one of Batman’s earliest foes and over time has evolved an opposite to him that the imagery plays upon. His appearance is colourful and he is evil; Batman’s appearance is dark and he is good. It harks to the idea of Batman and Joker as opposites (though interestingly both outfits inspire fear).

The adjective nearly everyone will say when you ask them to describe the Joker is CRAZY. Of course he’s crazy: he dresses like a clown, he’s obsessed with Batman, he spends most of his time locked up in Arkham Asylum (a prison for the criminally insane) – in every way, the guy is nuts!

Labelling Joker as crazy is just too easy. It’s dismissive of the darker undertones that sanity implies. If he were crazy, he wouldn’t be responsible for his actions – they would be a by-product of his mental illness. He didn’t really mean to kill all those people, he was in thrall to his defective brain!

Sanity is a more sinister angle for Joker. It would mean that he is 100% aware of his actions and that he dresses, talks, acts and thinks the way he does by choice. He prefers to behave this way to the way the rest of us are. He chooses to disregard life as valuable. He wants to be viewed as crazy (maybe finding freedom in that image?). He wants to be the villain and loves it. He is a man with nothing to lose and nothing to fear. Because we as readers can’t possibly relate to such extreme behaviour we label it as craziness, mistaking it for what it really is: pure evil.

How dark would such an individual be – a man so far gone as this? How endless is that abyss? Nobody could relate to this extreme mind-set. Joker wants us to dismiss him as crazy as, in a way, crazy is predictable, giving him the advantage to do the unexpected. Joker has gone beyond crazy. He’s become something else, something unique.

If we as readers go along with the shallow interpretation of the character as “crazy”, it undermines the complexity of the character and halts deeper thought about his behaviour. Not to mention how a crazy person, completely unaccountable for their actions, could never pull off so many sophisticated plans as Joker has over the years.

His behaviour doesn’t make him great but that ambiguity is part of what makes him the greatest villain.

Looking at Batman’s Rogues Gallery (and it is extensive!), there are a number of famous villains, all of whom have had multiple tangles with the Dark Knight. But how many lasting changes have any of them had? What has Penguin/Two Face/Poison Ivy/Mr Freeze/Solomon Grundy etc. etc. done to Batman that has had the same effect as Joker’s actions? None.

Ok, Jason Todd came back 20 years later as the Red Hood, Barbara got her legs back in 2011, and Jim’s wife reappeared in the New 52, but that’s just the nature of comics – it’s all constantly evolving middle story and nothing is ever permanent (except for Uncle Ben’s death!).

But the fact that Joker’s actions lasted as long as they did is remarkable in itself and shows how much Joker can influence things in the DCU. Permanent change is very rare in comics. No other villain has this effect – only Joker is capable of altering Batman’s landscape in this way. He is the dark agent of change and infinitely interesting as a result. The Penguin and the Riddler can have their day in court but the Joker is the only one who burns the court down.

That he’s not the most powerful supervillain or the most well-equipped makes this feat all the more impressive.

Joker is the greatest villain because he’s the most suited to his opposite, the hero, who also happens to be the greatest superhero: Batman.

Villains are rarely created without a hero in mind and Joker was created to challenge Batman specifically, a non-powered superhero, hence Joker’s lack of superpowers as well. Joker wasn’t created to challenge Darkseid or Galactus or whoever – a great villain need only challenge their hero, and Joker does exactly that with Batman. He is the ideal opposite. Joker doesn’t need to pose a threat to Superman or Wonder Woman or anyone else because he wasn’t created for that purpose.

Looking at a character like Doctor Doom in a similar way, Doom has created power armour and developed magical abilities because his primary antagonists are the Fantastic Four, a group of super-powered individuals who need to be challenged by someone challenging – hence why Doom has been elevated to that level of power. He wasn’t made more powerful because his creators wanted him to beat the Joker or other villains in a fight!

Batman and Joker have the most unique and interesting relationship in all of comics. Their core conflict is a philosophical one. Joker wants Batman to break his rule and become like him: a killer. Batman knows Joker is the reflection in the mirror of what might be – if he crosses that line where he takes lives, he becomes Joker (Mark Millar explored this in his comic, Nemesis, where the title character is Batman if he were like the Joker). The mirror metaphor continues in their attire that I mentioned earlier: Batman the hero wears black and looks like a villain; Joker the villain wears colours in an image traditionally associated with innocent amusement.

Batman would arguably not be the world’s most popular hero without Joker, whose presence and actions have forced the Dark Knight to go above and beyond his skill set to superhuman levels in order to stop the Joker. Without Joker, Batman’s morals mean nothing because they wouldn’t be tested so intensely and so often. Batman doesn’t kill but because he doesn’t kill the worst person in the world – despite the countless opportunities – it makes him all the more the better person and a true hero.

Joker is the only major villain whose origins are unknown. Some writers – most famously Alan Moore in The Killing Joke – have written origins for him but all have been retconned and, in terms of canon, Joker’s true origins remain a mystery. We don’t know where he came from, his real name, how or why he’s chosen this path – and that mystery heightens our interest in the character. Not knowing anything about him makes everything possible – that mystique and potential is an utterly compelling quality to have in a villain and extremely rare. We know every other villains stories but not Joker’s.

Joker’s motivations have evolved over time from the early days where he did standard villain stuff like robbing banks, to the increasingly abstract in modern times where everything he does revolves around Batman in some way, testing his credo to try and make Batman fall. He’s a fascinating character who doesn’t want to boringly conquer the world or even kill Batman (he’s had numerous opportunities for that and declined to follow through each time) but whose goal is more conceptual and challenges the core of his nemesis. His motivations make him unique, exciting and extraordinary all by themselves.

For a great villain – and a great hero – to remain relevant over several decades they have to be adaptable and Joker is the most adaptable villain. He has posed all kinds of threats to Gotham City and Batman from poisoning the Gotham reservoir, to gassing the populace, from planting nuclear bombs, to setting up timed sniper rifles and picking off Gotham’s officials, to even managing to capture all of the Bat family. He is capable and he is dangerous. That he doesn’t have superpowers or have the most gadgets only means people underestimate him, which he wants in order for his plans to succeed. Crucially, the one person who doesn’t underestimate him is Batman, who is the point of Joker’s existence.

How do other villains threaten heroes? The Phoenix Force for example does so in the same way every time. Ditto Thanos, Darkseid and Apocalypse: with absolute force. The Joker has variety, and that variety gives us great stories. All-powerful characters are dull. Take for example the latest Thanos mini-series, Thanos Rising, which was an absolute bore. The more powerful a character, the duller they are to read about. And so what if Darkseid could easily kill Joker? That’s not the point. The villain is there to create a great story which the Joker manages to do the best.

A great villain is not one note and Joker is definitely not that. He has changed remarkably over the years to suit the era and the increased sophistication of the stories. This is why he is one of the few villains who features in his own books as well as appearing in hundreds more besides.

He is the most popular villain but he’s popular for all the right reasons: because readers respond to smart, well-written characters. This is why Joker is one of the greatest characters in comics history – and the greatest villain. 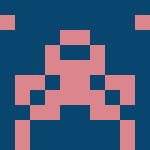