The Past Decade’s Top Five Books Turned into TV Shows

Look. So you read the book, loved the book, blogged about the book, had an hour long Skype conversation with some random stranger in Australia about the book – heck, you even dressed up as a character from the book for Halloween and spent the night fielding questions from your simpleton friends about who you were supposed to be.

And now you learn that some studio exec has just purchased the rights to turn your favorite book into a television series… Can you say FREAK ATTACK?! But whilst happy dancing, you suddenly stop mid-twerk and think the dreaded but inevitable thought: Will the show do justice to the book?

And unless you’re clairvoyant (which we dubiously doubt), the only recourse you have to assuage your now-creeping misgivings is to look at how history has treated the book-turned-TV-show. Here are the top five books to shows of the past decade:

Readers of George R.R. Martin’s epic fantasy series, A Song of Fire and Ice, have spent nearly two decades enjoying the follies and victories of the Starks, Lannisters, and Targaryens, as they fight for domination of Westeros. When HBO picked up the series, naming it after the first book in Martin’s series (minus the article “A”), fans wondered how the complex and lengthy novels would translate into the small screen. And while HBO has received much acclaim for the three seasons produced so far, there unavoidably had to be some changes in order to condense each book into HBO’s standard ten episode season.

Perhaps the biggest change to ruffle purist readers’ feathers was the addition of new character Talissa of Volantis. As a medic, she meets Rob Stark on the battlefield, and they eventually wed. Her character addition, though surprising, was not plot shattering, in that she merely replaces book character Jeyne Westerling. However, when it comes to being related to the Stark clan, Jeyne is a lot luckier than Talissa, and she makes several additional appearances in the novels with a storyline detached from that of Rob’s.

Several name changes also might have grated the committed reader, as names were transformed in order to not confuse the television viewer. The most obvious name change affected Asha Greyjoy, whose first name changes to Yara in the show. This was made to minimalize confusion between herself and the captured Wilding, Osha.

And as with most adaptations, one of the most unavoidable changes comes in terms of casting actors who actually resemble the book characters. HBO lost points here immediately, in that they aged Daenerys and most of the Stark children well beyond their slated ages. This move, however, was understandable, given the steamy scenes between Daenerys and Dothraki Khal Drogo. And is it just me, or wasn’t Catelyn Stark described as being hot in the book? Just saying…

To the pleasure of Lindsay fans, the deviations from Season 1 and Lindsay’s first novel are relatively slight, with most changes having to deal with nuanced character interactions (such as the fact that Rita’s kids have a shadier past and play a minor role in the book; that Deborah discovers Dexter’s secret much later in the series than in the novel; and that Lieutenant LaGuerta’s feelings for Dexter are more pronounced in the book than in the series).

Other noticeable aberrations from the book to the series are that the book revolves around the murders of the Tamiami Slasher, who is renamed and refigured as the Ice Truck Killer in the series; and also in the show we never actually hear from Morgan’s “Dark Passenger,” though it plays a very prominent and vocal role in the book.

The misadventures of Sookie Stackhouse were first told by Charlaine Harris in her series The Southern Vampire Mysteries. While HBO adapted the first season from Harris’s books, they made a planned detour from the books, and the remainder of the television series did not run parallel. And though readers of the series are sure to note the plethora of changes from books to screen, many critics assert that these changes were for the better.

One of the bigger changes concerns the character of Tara Thornton, who goes from nonessential character in the book, to a main character in the show. No need to praise her character here, though it is kind of mind boggling to wonder how the book could have survived without her presence. She also was Caucasian in the book.

And where there is Tara, there is Lafayette Reynolds. In the show he is Tara’s cousin, but in the book they are of no relation. But that is nothing compared to the real shocker: Lafayette dies at the end of book one (it is his body that Sookie finds in the cop car outside of Merlotte’s, and not Miss. Jeanette’s).

The show also added some key characters that did not exist in the novels. One of these was Jessica Hamby, who Bill is forced to “turn” as performance of a sentence against him during a vampire trial. Another character addition was Jesus Velazquez, a warlock who becomes Lafayette’s boyfriend.

Under the Dome at over 1,000 pages is Stephen King’s second longest novel (the designation of the longest goes to The Stand), and was adapted for television by CBS in June 2013. A comparison between show and book will obviously reveal some creative liberties, though all-in-all, the first season did not stray too severely from its source material.

In a show and book that depicts the daily happenings of town (albeit during a time of uncanny isolation and panic) there are undoubtedly going to be a host of characters with various functions and storylines. The most noticeable changes from book to show concern how these characters made the transition from printed word to live action.

In the book Rusty Everett is a doctor and is inside the Dome, Angie and Joe are unrelated, Phil Bushey cooks meth instead of radio tunes, Ollie Dinsmore is about fifty years younger, Paul Randolph instead of dying replaces Duke as sheriff, Junior Rennie becomes a killer because of a mind altering brain tumor, Barbie is not a newcomer but has lived in Chester Mill before, Angie and Janelle have seizures instead of Joe and Norrie, and Julia Shumway is a forty year old seasoned divorcee instead of hotter and younger version that graces the screen. Whew.

Changes also surround the workings of the Dome itself, which in the book is penetrable by air, water, lasers, TV signals and radio signals; while in the show nothing can make its way inside.

Not to mention that Stephen King wrote his book with a strong religious theme, which thus far is noticeably absent from the CBS version.

5. Orange is the New Black

Centered on Piper Kerman’s real life memoir, Netflix original Orange is the New Black follows Piper Chapman’s (note the name change) stint in a New York prison. Because the show is based off real life events, it goes without saying that producers would have to ante up the dramedy in order to keep viewers logging in.

And in this anteing up, the show took the liberty to notch up the violence, the sex, and the villainy. In the book Kerman notes that the inmates were actually fairly kind, and speaks of their inclusivity with a certain fondness. Also the lesbian sex scenes on the show have seemingly taken on hyperbolic proportions, as Kerman makes little to no mention of her sexual encounters in the book. And her conflict with Pop, which created some of the series’ best moments; well that conflict was overplayed as well, and in fact Piper and Pop become good friends in real life.

Some other noteworthy changes include the fact that Piper and her former lesbian girlfriend, Alex, do not wind up in the same prison facility. In fact, Piper and Alex (whose name is a change from Nora) do meet up again in the book, but under circumstances unrelated to Piper’s incarceration.

Additionally, Piper never made and sold bath soap before landing in the pen, but instead she was a creative Web developer.

What other books should we add to this list?

Tagged Dexter, Game of Thrones, Orange is the New Black, True Blood, Under the Dome. Bookmark the permalink. 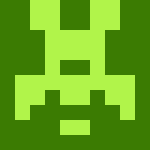