The Original (and Better) Kickass:

A Look Back at Steve Gerber’s Foolkiller #1-10, Part Two

Continued from part one, wherein we met Kurt Gerhardt, the “new” (in 1990) Foolkiller, and took a look at how far ahead of its time his story was, and considered the fact that Steve Gerber just couldn’t stop himself from taking the premise seriously.

What exactly is a “fool”?

Kurt’s evolving philosophy as the Foolkiller is what carries the book from satire, into seriousness, and eventually back to satire towards its conclusion. He starts out by adopting Salingers philosophy (recapped above) that the modern world is ruled by petty savages, and that the ills of society are ultimately due to our pettiness, wanton greed and shallow desires. His definition of a “fool” in the early chapters is anyone who is living their lives according to these foolish, selfish principles, and contributing to another’s misfortune through their actions. He kills muggers, attempted rapists, and drug dealers: the usual suspects.

But Kurt continues to question the purpose and validity of his mission, especially after a particularly dark and brutal raid on a crack house wherein he’s forced to murder a child after being badly injured due to his lack of preparation. Kurt’s well aware throughout the book that what he’s doing is questionable at best, and in his moments of depressed clarity he struggles for new meaning to continue his mission. It’s during one of these depressive episodes (a lot of Kurt’s behavior in this book fits with a manic-depressive diagnosis) that Kurt finds his next great revelation: our “foolishness”, our worship of celebrity and status, is rooted in our laziness. People will always choose the easy way out, Kurt decides. When faced with a choice between having to work extra hard or just slack off and give up, most people will just give up. This reignites Kurt to take up arms against the fools of the world again, in his new, more “extreme” leather fetish costume – parodying the growing trend of “heroes” donning black leather to look more badass.

Kurt’s constantly changing justifications for his actions serve a double purpose. It reminds us that not only is he a sick man, but he knows it and, ironically, doesn’t want to have to deal with it, so he takes it out on others. By his own definition, he’s a fool. It’s also a parody of the reinventions and reboots of popular characters in “darker” forms that was prevalent at the time, in the wake of Dark Knight Returns and Watchmen. Everybody was experiencing a shift to a darker look and more “realistic” motivations, so Gerber turns the trend on its head by having Kurt stumble from one jumbled philosophy to the next – but Gerber writes the character so passionately that there’s always a certain compelling element to it.

It’s here that the story returns to more open satire, as Kurt’s more… “expansive” definition if a fool leads him to start taking out more and more diverse targets, including the aforementioned Darren Waite. Kurt’s also becoming more aware of the fact that he can only keep this going for so long before he either dies or is caught, so he goes for the biggest “squirrel” (his and Salingers term for his targets) he can find. Developer Darren Waite, it turns out, isn’t just putting poor people out of their homes, he’s got connections to some of NYC’s most notorious drug dealers. It’s here that the story, towards the end, comes close to not quite managing the balance between seriousness and satire, especially with an extraneous Spider-Man cameo (though he hilariously adds nothing and is totally useless, as Gerber seems to have no interest in him. Was his appearance editorially mandated? I’m not sure). Gerber manages to keep things together, though, by ratcheting up the satire with Kurt’s ridiculous dime store costumes that he uses to get close to his targets, and the simple effectiveness of his schemes. He’s no Batman, but he does have common sense and let’s face it: he’s right, people are kind of stupid and lazy sometimes, so tricking them isn’t always hard.

If there’s one major problem with Foolkiller, it’s the uncomfortable undercurrent of racial issues bubbling under the surface that’s never addressed. Throughout the book, drug dealers, domestic abusers, pimps, and other petty criminals are virtually always African-American, and their victims are Caucasian. It gets very obvious, and it’s very uncomfortable. There’s one multi-racial gang of teens that beat bicyclers in the park with their own bikes (it’s pretty obvious that they were intended to be a rape gang, but it was toned down to something silly due to the comics code), but that’s a rare occurrence of non-minority characters committing violent crimes in this book. Darren Waite is a white man, but of course his high-level drug connection is a Latino. I don’t know whether it’s something Gerber’s script called for or if these were artistic choices, but it reveals a certain ignorance on some level. It’s certainly possible that it’s done intentionally to enhance the satire, but since it’s never commented on in even a subtle way it’s hard to give that theory any credence.

To make matters worse, Kurt’s disguise at the end, the way he gets past the police and a public that now knows his face… is blackface. Yes, in a Marvel comic published in 1991, the main character went in blackface to disguise his identity. I’d very much like to believe that Gerber was just having fun at that point, because it’s so ridiculous, and Gerber is normally such an intelligent writer.

Again, I’d like very much to believe that the racial components of Foolkiller represent another layer of subtext that I’m just not seeing. But it is very uncomfortable, and it may turn some people off to the book.

I went into this series expecting black comedy, but what I found was much more than that. Gerber frequently used his characters as an outlet for his own opinions, and that very much seems to have been the case with Foolkiller. Obviously I’m not accusing Gerber of going out at night in a leather bondage mask and vaporizing people. But the various Foolkillers’ philosophies on the nature of crime, the selfishness and shallowness of people, and the casual inhumanity that we show one another have a certain ring of truth. There’s something to it, and even though the logical reaction isn’t to start killing people, you get the sense that Gerber really was venting his frustrations with the world around him. Comics are (arguably) escapist fantasy, after all. Note the similarity in the names “Gerhardt” and “Gerber”. Grant Morrison isn’t the only writer who can put on a fiction suit.

Maybe calling Foolkiller a “classic” is too strong. That word implies it has a certain reputation and following that it simply doesn’t, but it should. As a product of its time, commenting on the mainstream comic book climate and trends of the time, it’s not only remarkably insightful but very forward thinking. Foolkiller did what Kickass was supposed to do, but twenty years earlier and better. It brought a street level, “real world” mentality to a normal guy putting on a costume and struggling to deal with the overwhelming physical and moral consequences of his actions.

You’ll notice that throughout this essay, I referred to the title character as “Kurt”, rather than by his vigilante handle. That’s because Gerber does such a great job of connecting the reader to the character and letting us inside his head that he’s Kurt Gerhardt first, and Foolkiller second. Despite his obvious mental health issues and unrealistic life choices, he’s a very relatable character in his frustration, disappointment, and constant questioning of himself. Even Greg Salinger, Kurt’s predecessor as Foolkiller, manages to come across as a three-dimensional character despite being confined to a sanitarium throughout the series and being just as unbalanced as Kurt. Gerber does an admirable job of portraying mental health issues, as far as comics go. I find that even at their best, comics tend to use a lot of shorthand and stereotypes when portraying mental illness, and while some of that is present here it’s as valid a portrayal as I’ve seen.

Foolkiller is worth seeking out

Foolkiller is absolutely worth your time to seek out and read. Whether in your local back issue bin or on eBay, the series should be fairly easy to locate and for a good price. If you’re a fan of Steve Gerber and have never read this it is absolutely mandatory for you to seek out. For other readers, it’s a fascinating look back at the kind of gems the industry was producing – and overlooking – during a period known more for its glut.

If only those fools had known what they were missing… 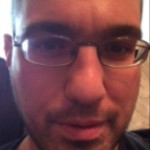