After the final installment of the hit weekly series 52, DC immediately unveiled their next periodical event: Countdown.

The secret is already out, well, at least officially within the pages of the DC Universe. The Multiverse is back, with 52 Earths containing an array of exciting possibilities for stories. However, this new development does not start without the latest series of conflicts and challenges.

The creative structure is different than 52, where the continuous collaboration of writers Geoff Johns, Greg Rucka, Mark Waid and Grant Morrison created a synchronicity that navigated the plot and characterization of the graphic odyssey. Dini’s job is to provide the main bible that serves as the spine for the weekly series. An assembly of writers will provide their talents as storytellers for story arcs that will deal with individual characters that move the story along.

Like 52, the sequential structure is also projected by different artists, tackling each story arc installment.

The Plot:
The story begins on the planet Apokalypse, with Desaad pondering the frailty of life, regardless of its immense potential and impact within a grander scale on the universe. With that, we see the lord of the dark world, Darkseid, as he comments on Desaad’s rhetoric and stares at the chess pieces made with the image of the potential players in Countdown. The king of Apokalypse speaks of an upcoming disaster (yes, another universe shattering experience) that may reshape the universe itself. Darkseid sees this as a good opportunity to reshape the cosmos with the brand of order that he so desperately craves to impart upon all creation.

Meanwhile, Duela Dent, the so-called Joker’s Daughter, attempts to kidnap a famous celebrity. The former Titan is thwarted by Jason Todd, the Red Hood. Acting very uncharacteristically (since his return), the Red Hood seems concerned about the innocent and saves the woman. Dent herself flees the scene. A new figure appears to her, a Monitor (from the one shot, Brave New World), who, while wielding a hand gun of some kind, tells her about the crime that she committed by jumping from one parallel Earth to another. Apparently, this particular version of Duela does not belong in the prime reality known as New Earth. According to the Monitor, the sentence for this celestial crime is punishable by death.

Both the Red Hood and what appears to be the designated Monitor for New Earth try to desperately save Dent, but the two of them fail… as the rogue Monitor fires an energy blast from his weapon, instantly killing the Joker’s Daughter. There is something happening on a cosmic scale in the DC Universe, and with the loss of a life, a new mystery begins.

Mary Marvel recovers from her coma, finally able and eager to rejoin her brother and best friend as one of the Marvels. The magic word no longer works due to the rewritten laws in the Book of Magic. The former super heroine receives a note from Freddy Freeman, the former Captain Marvel Jr. who paid for her hospital bills and informs her not to look for him. Mary is alone and vulnerable, trying to figure out what her next step will be.

The Trickster, a former Flash rogue, makes his way to a rogues gathering. Confessing that he has seen the error of his ways by aiding the Scarlet Speedster in the past, the Trickster now bows to have re-reformed to his criminal ways and wants to get back into the good graces of his former colleagues. While on top of the rooftops, the Pied Piper, another reformed Flash villain, is spying upon the rogues, hoping to devise a plan to apparently thwart them.

The New Earth’s Monitor travels to the Source Wall, the infinite boundary that holds the object of Darkseid’s desire, “The Anti-Life Equation”. After sharing a sense of universal dread with his more aggressive comrade, the Monitor speaks to the Source itself. The entity displays itself in an almost biblical fashion revealing the coming catastrophic incident awaiting the universe. A fiery hand writes “Great Disaster”, to which the Monitor asks for a way to find a solution to avert it. The Source reveals two simple words… “Ray Palmer”.

Before beginning writing this piece about Countdown, I checked other reviews online. One of them, from Newsarama (written by their Best Shots team), signaled a common thread with all the past and current DC events. They all begin with a murder, a tactic employed by this new endeavor. Still, even regarding this repetitious plot device, the issue itself was extremely strong. Dini knows how to build a mystery. Anyone that reads his Detective Comics work and remembers the first seasons of “Lost” knows that the man is a master for this particular technique. Putting aside a bit of a strange behavior from Jason Todd, the rest of the series seems well-projected. For me, the stories that have me hooked are the powerless Mary Marvel and the return of Ray Palmer. Good stuff for a first issue; I’m waiting eagerly to see where this is going. I’ll be along for the ride to wherever Countdown will lead. 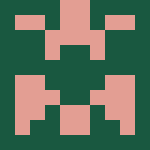