The House That Marvel Built

I’m a relative newcomer to comics. In fact, my first exposure to the American side of things only came a few years ago in the form of Ultimate Spider-Man #1, which was released in an A4 format over here in England by Panini Comics (who have the rights to release Marvel comics in the UK). Of course, the downside of this was that I was picking up a shortened story which was two years behind the issues in America. After a while, I stopped collecting Ultimate Spider-Man and moved onto Ultimate X-Men (in the same format), which I ended my subscription to after 25 issues. At this point, I had discovered my heaven – Forbidden Planet - a comic shop right in the heart of town. And the rest, as they say, is history…

I’m not here to talk about the comics business in England, but instead to discuss Marvel. Since the first time I watched X-Men: The Animated Series, I knew I was a Marvel guy – and that thought has carried on to now. No offense to DC, but, I don’t find their characters as interesting or appealing as the X-Men, Spider-Man, the Avengers or Fantastic Four. So, when I approached Sequart.com about writing a bi-weekly column, my choice was to write about Marvel – the ups and downs, the highs and lows – everything about them will be included here.

However, don’t get me wrong, this isn’t going to be a column where I repeat the events of the last two weeks. My plan is to write a bi-weekly article, focusing on one specific ‘corner’ of the Marvel Universe. I’ve already got special features about Phoenix, Scarlet Witch and a ten-year anniversary special for the Onslaught saga lined up. This fortnightly column will be littered with facts essential for the events going on in the comics you love today. With Phoenix: Warsong just announced, this August sees the debut of the back-up feature: The Phoenix Files. Also, with Annihilation hitting space, we’ll take a look back at what made Marvel’s Universe so great to understand and love. Plus, every two weeks, you can read about the latest events in the MU in the There Be Spoilers Ahead section. This details everything that’s been happening in the MU the past fortnight – anything from the Avengers to the X-Men will be included. And, starting in the next column, I put the show on the road to find your favourite X-Man of all time in the first of the Best Of… section.

Next week, sees the first article, and what a stunner it’s going to be. In preparation for next months X-Men Creative Team changes, we run down the highs and lows of the merry mutants in The Idiots Guide To… The X-Men. From the days of the original team of mutants, to now in the Decimated population – every highlight of the past forty years will be included. As well as this, I count down the top ten X-Men stories and launch the exclusive search for YOUR Number One X-Man Of All Time!!!

So, what are you getting every fortnight? A quick rundown looks like this:

1) The main feature! Any character, team, or event has the opportunity of getting picked (but if you wish to request a column, e-mail it to: ooderfromtheblock@hotmail.co.uk)
2) There Be Spoilers Ahead lists all the main developments of the past two weeks.
3) The Best Of… section is going to determine YOUR favorite characters, storylines, teams and alternate realities of all time.

So, until next time… 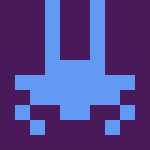