The Unmasking of Our Attention Span

It was only a matter of time until someone in the comic industry remembered that outside media hype, in theory, should bring bigger sales. Perhaps they never forgot but simply chose to ignore it in these past years. This idea is simple in nature, but it would seem everyone was mind wiped for the past decade, ala Wanda from the House of M series. Heck, huge comic book movie box office numbers not adding spit to monthly sales numbers for years now is enough to give even the most loyal nerd reason to worry. Not to ignore the ugly Rawhide coverage, but that was more of a black eye than hype. Yeah, there is no such thing as bad press, but in the past decade, there’s been no such thing as a big selling comic. I mean, what does it take to get these treasured books into the hands of newbies? Leave it to Marvel to make the first move using other media interests. To be fair, DC gave it a shot, but came across more surprised whereas Marvel has shown itself with specific actions. It used to be outside media hype was asking for trouble from the hard core comic fans because of what would follow naturally: more readers. Come on, we all have the pretty shiny covers to prove it. We comic nerds don’t want some dude whose only interest in comics is because he heard somewhere this is a hot item. Or at least we didn’t in the past, even though that goes against all conventional sales wisdom. But comic fans want their own little world to themselves and to hell with why books are $3.00 each.

However, Marvel recently sold its corporate soul, if one can do that multiple times. This has left Marvel’s hardcore audience, if they know it or not, looking like an awkward girl at a school dance, all unsure and envious. When Spider-Man was unmasked in the real world tabloids before the comic page, it was a clear message from Marvel that your $2.99 a month isn’t enough. In other words, they are up for trying anything to move a once-mighty product that has been reduced in the last decade to a monthly storyboard tool. This goes beyond a controversy like Parker’s webs shooting out of his veins. No, this is clear pandering to the media, and for Marvel, it seems to have worked at least partially. But, what did they gain from the means other than one or two weeks of attention? A sell out of Civil War #2 for sure, but wasn’t that guaranteed before it hit the stands? That’s not really news since every comic sells out at some point except for the ones nobody wants. Plus, in this day and age, it’s not like they are printing very many of any book to start with. Though I hear the series is doing well in reprints, we have to ask ourselves how much of this is due to spoiling Parker’s identity in the outside media and are such actions worth the risk? What about across-the-line title sales going up? Not so far it would seem, nothing outrageous anyway. How about increased interest in Spider-Man? Sure, but the point is to sell books, is it not? In that fact remains the problem: comic books have been shut out of retail, barring the direct market. Did Marvel bring a ton of new people into the shops with this stunt? The point of any such “stunt” where you take from your guaranteed buyers and give to the non-guaranteed buyers should at least net you some repeat business. We should hope so because letting something that big “out” the way they did was a big risk. The harsh truth is that comic books in general need new outlets since all the standard methods have failed or dried up. Sadly though, this stunt just doesn’t seem the way to do it.

So as we can all recall “The Death of Superman,” this is one Pandora that will be significantly more difficult to put back in the box. Death means nothing in comics, but identity is a notion that proved to be a building block for the archetype. Even though it is easy to accuse Marvel of being media whores, they, like everyone else in Previews, are fighting for their life. This is no excuse for the tasteless act even if one can see their POV. However, when a provider of content makes a statement like this to the fan base, one must understand what it means. It is no secret that the comic book industry, in general, hasn’t been able to stop the bleeding for years. Tearing down the sale figures built on multiple covers and speculation may have been hip, but the crystal ball held back details of a future where promising titles get canned due to low sales. So depending on what version you buy, did Marvel get anything out of this event or was it an error? Well, they sold out a book that probably would have sold out anyhow but did go back to press on it. Does that count as success? In this day of comic sales, I guess it does. Did it have an impact that will take comic book prices back down to a more affordable scale? Did it cause comic book shops to fill up with new or long lost fans of the art form? Did it improve the character we know as Spider-Man? The verdict is out on much of this and sadly a lot is riding against it fixing any of the problems stunts like this are used for. One thing from all this is certain: Marvel is awake from its long, fewer-than-250k slumber and is ready to smile for the camera. 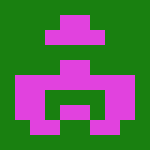