The Greatest Villain of All Time

He is portrayed in one form or another in all mythological writing, classic literature, movies, television, and even comic books. He appears in Marvel Comics as Mephisto. He plagues the DC Universe as Lucifer Morningstar. In Todd McFarlane’s Spawn, He wages war as the Malebolgia. Whole galaxies tremble at his coming as Unicron in The Transformers: The Movie. He is known as the Devil, Satan, Beezeelbub, Mephistopheles, and the Adversary. Whether He is fact or fiction in the reader’s mind, the Devil is the one great enemy of all mankind and the perfect antagonist to any super-hero.

The Devil’s roots as a literary character can be traced back to ancient Hebrew, Christianity, and Islam. But it is the Christian view of the Devil that most writers subscribe to; a fallen angel who rebelled against God and was cast out of Heaven into Hell. Becoming the enemy of all goodness, He is viewed as a trickster, a deceiver and taker of souls. This view of the Devil was also greatly enhanced by the poetic novel Paradise Lost by John Milton. In this classic book, Satan (the Devil) leads a group of distraught angels in a rebellion against Heaven. Finally defeated, Satan and his comrades are cast into Hell. Taking blame for the plight of his brethren, Satan eventually finds his way to Earth. He commits his first act of trickery by convincing Eve to eat fruit from the tree of knowledge, becoming a corruptor and manipulator of souls. It is this view of the Devil that we mostly see in comic books today.

In the Marvel Universe, there are hordes of demons plaguing mankind and its super-heroes, such as the Adversary. This demon was once conjured by the mutant Forge during the Vietnam War in an attempt to save his platoon from enemy forces. The Adversary would eventually return to plague the mutant super-hero team the X-Men. The demon Zarathos has had a host of souls fed to him by an ancient tribesman in exchange for protection of the tribesman’s clan from enemies. Eventually Zarathos would be imprisoned by his rival and sworn enemy Mephisto, the ruler of Hell. First appearing in the pages of The Silver Surfer vol. 1 #3, written and illustrated by Stan Lee and Sal Buscema, Mephisto portrays the Devil more accurately than any other demon-based character, taking on the look of the classic Devil with human features, red skin, horns, and a pointed tail. Sensing the pure soul of the Silver Surfer, Mephisto becomes obsessed with breaking and possessing the hero’s spirit.

If Mephisto embodies what the typical view of the Devil might be, it is Lucifer Morningstar from the DC Universe that embodies the sly, sophisticated side of Satan. First appearing in a dream sequence in the pages of Superman’s Pal Jimmy Olsen #66 and in a physical appearance in DC Special Edition #8, Lucifer Morningstar would plague the DC heroes throughout the years. But it was not until writer Neil Gaiman latched his creative mind onto the character in the pages of DC’s Vertigo Sandman that the fire and brimstone really began to fly. In issue #4 of that series, Lucifer is a fallen angel who ruled over Hell, torturing demons and souls for an eventual renewal of the war against Heaven. This character was a sophisticated individual, charismatic, and often quoted John Milton’s Paradise Lost. Eventually becoming bored with his rulership, Lucifer hands over the reigns to Dream of the Endless. Neil Gaiman’s take on the Devil is one of beauty; a tall man with blue eyes and blond hair, an intelligent mind, and a well-mannered integrity that hid the maliciousness deep within. There are several other Devil-like demons in the DC Universe such as Neron, the prince of the underworld, who is responsible for creating many of DC’s super-villians.

While Mephisto may embody the typical look of the Devil and Lucifer Morningstar the sly, intelligent side of the Devil’s wickedness, it is the Malebolgia from Todd McFarlane’s Spawn series that represents the greed and gluttony of the Devil. He is the most prominent of all rulers of several layers of Hell. The Malebolgia is seen as a giant demon-like entity with bat-like features and a beer gut, sitting high atop a hill in the eighth level of Hell, overseeing his grand army of demons preparing for war against Heaven. He is a manipulator and trickster of souls, seeking human spirits that show a potential for extreme violence to become a Hell-Spawn; a general in his army. Appearing in Spawn #1, written and illustrated by Todd McFarlane, the Malebolgia establishes a deal with brutally murdered government agent Al Simmons that gives the Malebolgia Al’s soul, making Al a Hell-spawned general in the Malebolgia’s army. In exchange, the Malebolgia will return Al to life and to his one true love, Wanda. The Malebolgia (sort of) made good on his promise returning Al Simmons to Earth five years after the deal as a burnt husk of man with no memory of his former life.

One of the most interesting concepts of the Devil represents itself in the pages of the comic-book continuity of The Transformers, the dark god and consumer of worlds, Unicron. There is no other character that depicts the Devil’s destructive side, sheer power, and an insatiable appetite for all life as Unicron does. His name is prominent in the mythology of the Transformers as the one true enemy of all inhabitants of Cybertron and the galaxy at large, his power only equal to that of the god Primus; created by the universe to defend against Unicron. But despite all his power, he fears the one thing that can destroy him, the Autobot Matrix of Leadership. When released, its unforgiving light will sweep through Unicron’s darkness and destroy him. Like any other Devil, Unicron strikes a deal with the Decepticon leader Megatron, commanding him to hunt down and destroy the Autobot Matrix.

The Devil, in all his comic-book incarnations, cannot be defeated through physical means, his power second only to the one true entity or God. This is what makes the Devil such an interesting antagonist to pit against a hero in any story. Only through the sheer will of spirit and faith in their goals and beliefs as a hero can that individual defeat this one true evil (and usually with the help of divine intervention). Such a case in point is a Marvel story featuring Eric Masterson, a normal human being who must travel to Mephisto’s realm of Hell to steal back Mjolnir, the hammer of Thor. Only with the help of the cosmic-powered Silver Surfer and the intervention of the true thunder god, Thor, was Masterson able to retake the hammer and escape Hell intact. In Transformers series, Cybertron itself was being torn apart by Unicron despite the combined forces of all Cybertronians. Until the newly-appointed leader, Rodimus Prime, grasped the Autobot Matrix of Leadership and opened it within Unicron, unleashing its radiant light, thus destroying him. Al Simmons was only able to defeat the curse of the Spawn by relinquishing his temptation to commit violent acts. When the Adversary plagued the X-Men, it was with the help of the god Roma that they were able to defeat the demon. Even though the heroes will triumph through faith and divine intervention, they will always face the Devil in all his myriad forms and names. For true evil is a force of nature and can never be truly defeated.

That is what makes the Devil so much an integral part of the comic medium and all mediums. He is, above all else, a force of nature. He is a calculating, persistent representation of all evil. The Devil is a part of us. No matter how noble or great or powerful a hero is, deep within them is a dark part to their nature, a longing for desires sometimes born out of desperation or even a yearning for justice. The Devil being a representative of one’s own dark thoughts is very willing to satisfy those needs but, of course, with a price. But what the Devil in all his forms represents more than any thing else is the importance of making the right decision no matter how hopeless and bleak the predicament may be. The Devil will always be with us because He is a part of our own thoughts and desires. It is, after all, nature. 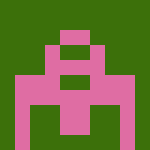 In my freshman year of high school, I discovered a latent enjoyment of writing. It began with short stories and made up super-villains that I would hand in to my English teacher for extra credit. But I must add that without my enjoyment of reading, the latent passion of writing would never have surfaced, and that love of reading began as a teenager, with comic books. Eventually my reading and writing would evolve beyond comic books. (I don't still collect comics, but I do find myself with a ton of graphic novels on my bookshelf.) I have written numerous short stories in different genres, three of which will hopefully be published in Glimmer Train Magazine. I also attended Columbia College in Chicago and was a major in the fiction writing department.