A Look at Battle for Blüdhaven

The weekly trip to the comic shop can be daunting. There are a multitude of titles every week and wading through all of the books can be a real hassle. Sure there are Spider-Man and Batman and Fantastic Four comics but that’s the same old thing. What else can I try?

Hello. My name is Mario and, like most all of you, I love comics. Over the course of the nearly 25 years of reading comics I have experienced, I’ve read all types of comics. Horror Comics. Western Comics. Superhero Comics. Crime Comics. War Comics. The entire gamut.

In the past year I have switched from getting books at my local comic shop to getting them online. The local shop does still serve one purpose for me. The impulse buy. You know…that little nugget that catches your eye on the stands. The shiny new comic that says, “Pssst. Check out my cover. Flip through me. Spend money on me that you should be saving for other things.” What? You don’t hear those voices? That’s just me? Oh well.

So that is the purpose of this column. I will now be taking those weekly books that I grab on Wednesday morning at the local shop and sharing what I think of them with all of you. Maybe it’ll help you decide if it is something you want to check out.

This bi-weekly series by the writing team of Jimmy Palmiotti and Justin Gray and art by Dan Jurgens and Palmiotti first came on my radar as a way for DC Comics to get more of the reader’s hard earned money. Seriously DC, most of us have been on board since Countdown to Infinite Crisis. We bought all four miniseries that lead up to Infinite Crisis and we are all knee deep in One Year Later and the upcoming 52. So why are you adding yet another book, a bi-weekly one at that? Is it because you want more of our money? Well, the answer is most definitely “yes.” Not to say that the book is not good. But I will say that anyway.

The Battle for Blüdhaven #1 contained material that I assumed would be in a book like 52. The issue begins simply enough: there is a retelling of the Chemo drop on the city and then we are shown different superheroes there helping the devastation. The Teen Titans, Doom Patrol, and a wonderful reincarnation of the original DC team, the Force of July all show up. The Force of July no longer go by that name now. They are calling themselves Freedom’s Ring and consist of new versions of Major Victory, Lady Liberty and Silent Majority. Freedom’s Ring is there on government business and it seems their job is to keep things under control in the city while the government works on relief. Also, no Nightwing to be found.

Then we jump one year later and everything changes.

Palmiotti and Gray really presented a first issue that was easy to follow even for readers who do not know all of the characters in this book. The problem was that they are not able to write each of the characters, and there are many in this issue, as separate personalities who are very distinguishable. They give the book a clear feeling of natural disaster that feels like a pale ripoff and comparison to the events of 9/11. This is seen as relief workers are cleaning wreckage and removing bodies the stark narration states, “Amid the chaos and carnage, survivors tried as best they could to grasp the magnitude of what had happened.” Then it is one year later, Blüdhaven is still a mess and the government is stopping one insurgence after another. Not too interesting.

The art on this issue was surprisingly bad. This is some of the most inconsistent pencils I have ever seen from Jurgens. I’ve like his work in the past but this looks awful. I found his art on the recent Hyperion series from Marvel Comics rather dismal and this is no better. It may be the Palmiotti inks that are giving Jurgens pencils such a shotty look.

And finally, I want to talk about some SPOILER heavy items in this book. So stop reading if you do not want to hear spoilers. It appears that this book is setting up the next Freedom Fighters. We are introduced to Andy Franklin who, I assume, will be the new Human Bomb and we have a new Firebrand Additionally, I cannot help but wonder if Father Time is Uncle Sam. Wouldn’t that be too obvious? It was a poor move by Palmiotti to work in his Monolith character from the short-lived series a few years back. I hate it when characters are thrown in for no reason. Only time will tell if the Monolith will play a part in the series. And the final page gives us the first appearance of the current version of the Atomic Knights. Go google them if you don’t know who they are.

Overall I was very not happy with this impulse buy and I will probably not be getting the next few issues. On the other hand, I feel that this is a story that should have been handled in the upcoming 52 instead of a separate series.

Next week I will be reviewing…oh wait…I won’t know until I go into the shop to see if something catches my eye. What trash could I possibly be picking up next week? Or what treasure could I get into my grubby mitts? It’s a crap shoot! Come back next week and see and maybe you too will say, “Hmmm…that looks interesting.” 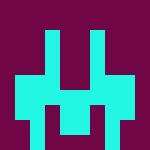