Crisis from Infinite Tie-Ins (or Are We Facing Crossover Exhaustion?)

When Infinite Crisis was first announced, I was as excited as the next fanboy, eager to see what this would be about and what it would mean for the DC Universe. With a title harkening back towards the original event, Crisis on Infinite Earths from 20 years before, one could only assume that Infinite Crisis would be as world (and continuity) changing as its predecessor was. So I bought the Countdown to Infinite Crisis one-shot special that set the groundwork. I followed the four 6-issue mini-series’ leading up to it. I did my best to keep up with the spin-offs and tie-ins across DC’s entire line. I even went back and reread Brad Meltzer’s Identity Crisis which set-up some of the conflicts in this new event. Before issue #1 of Infinite Crisis even hit the stands, I had probably read close to 100 issues of build-up.

Meanwhile, over at Marvel was Avengers: Disassembled, which had some spillover into some of Marvel’s ongoing titles, and led into the launch of New Avengers. Then came House of M, an event which was really a sequel to Avengers: Disassembled. Being the Marvel Zombie that I am, and a big fan of writer Brian Michael Bendis, I followed along obediently, reading the core House of M title and some of the peripheral tie-in mini-series. Then after House of M came Decimation, which led to The 198, Son of M and Sentinel Squad O.N.E. as well as seeing some of its ramifications play out in New Avengers, the X-Men titles, and other series’ across the line. Then “Planet Hulk” comes out, taking place within the Hulk’s own ongoing series, but promising ties to the upcoming Civil War event. In fact, beats from New Avengers, Decimation and Son of M would all lead into Civil War. So in this build-up towards Marvel’s newest event, I had read almost as many comics as I’d read in anticipation of DC’s event. And keep in mind that I haven’t even mentioned any of the “fallout” stories and titles from both publishers which have or will come to pass in the forms of 52, Brave New World, Heroes for Hire, One Year Later, or Punisher War Journal over the course of at least the next year. I have to wonder, “How much is too much?”

During the 1990s as a young man in my twenties, I got sucked up into the frenzy that was Spider-Man’s “Clone Saga”. Over the course of two years, and spread out through his four ongoing titles and various mini-series’ and specials, I got this huge sprawling mess of story with so many twists and turns and WTF moments, that by the time the conclusion came around, I could only scratch my head and wonder what the point was. When all was said and done, the status quo remained unchanged, and I felt like I wasted the last two years of my life, as well as way too much money. This, sadly, was the case with many of the events and crossovers of the 90s.

So, here we are in the new century, and I admit there’s still a bit of wariness on my part when it comes to the words “event”, “crossover”, “nothing will be the same” and any other term or hyperbole connected to a big story that either DC or Marvel would be creating. Yet, like I did a decade before, I followed along. The clear difference for me here is that the starting beats to all of these events this time around started solidly with a good story. I loved Identity Crisis. I loved Avengers: Disassembled. So from there, it was easy for me to make the leap and follow any of their sequels or related stories.

But as the months wore on, it started to become clear to me that some of these tie-ins were pointless. Many of the DC titles that had something on the cover indicating that it was related to Infinite Crisis one way or another ended up being unsatisfying as a story, with only the most peripheral of references to Infinite Crisis. Marvel’s tie-ins and fallout from House of M and Disassembled fell short of the greatness of its predecessors, as well. Many of them, like Decimation didn’t take full advantage of the story potential in the new status quo that was set-up, or like with DC, had little or no relevancy to the core event, despite what the cover may have said.

The hype machines behind Infinite Crisis and Civil War continued to rev up, sucking me deeper and deeper within. While part of me wanted to be excited by what was to come, my old “Clone Saga” wariness reared its head. Great writers, great artists, great potential for story here, but I’ve been burned before, I’ve been unimpressed by some of what I’ve seen, and my wariness was giving way to weariness.

Weary? How much strength does it take to read a comic? Well, granted I probably won’t burn off many calories this way (Lose Weight the Marvel Way!), but it’s more of a mental drain that I’m talking about. Despite claims from the editors and writers that we wouldn’t need to read any of the tie-in or peripheral minis to get the whole story, we soon found that we needed to read the tie-ins and peripheral minis the get the whole story. No, we’re not being forced to buy or read anything, so much as we’re being coerced, but either way it remains a conscious choice on the part of the reader. But if you’re reading an exciting story and suddenly don’t understand what’s going on in the newest issue in your hands because the set-up took place in an entirely different series, you almost can’t help but seek out that issue (after you’re done cursing the powers that be). I’m not a completist by nature who obsessively has to own every single issue in a series, but when it comes to reading a good story, I’d like my story to be in one place.

And that was the downside to all of these events. More and more it felt like I needed to read every issue out there that had an “Infinite Crisis Tie-In” (or similar) bullet on its cover. And the sad fact was that I didn’t enjoy many of these series on their own before they were drawn into this mess of an event, why would I want to pick them up now? Oh… because I won’t understand what’s happening in the next issue of OMAC Project if I don’t pick up whatever issues of Superman led into it. Or that the quest of the space faring heroes in Infinite Crisis would make more sense had I read The Return of Donna Troy or some issues of Teen Titans or The Outsiders before hand. Or that the shock ending to Civil War #2 wouldn’t have been so shocking or seemingly from out of nowhere had I read Amazing Spider-Man #532 a couple of weeks beforehand.

Now don’t get me wrong… I’m not saying that I could orchestrate an Infinite Crisis or Civil War any better. Organizing such events with other editors, writers, artists, as well as trying to coordinate the timing of the release of each issue, making sure everybody’s following the same continuity before, during and after, while trying to keep everybody entertained, is certainly a monster of an undertaking. I give credit to all who were and continue to be involved. And I admit that to lend to the feeling that these events are big, it’s a neat thing to see the ripples hitting other characters and titles across their entire lines. But it does get tiresome having to follow the story across so many issues.

At this point, DC or Marvel has no impetus to change their tactics. One may wonder why they wouldn’t be concerned about burning out their readers or that they might be expecting too much of a commitment and an investment from these same readers. Yet by taking a look at sales for all of these events, it would seem that these publishers have no reason to change their ways just yet. According to month-to-month sales analyses, while House of M saw some downturn as it progressed, it was still one of Marvel’s top sellers at the time. Infinite Crisis performed more consistently through its run, with sales of the core title growing as the series progressed, and the majority of the connected titles held up well. This past May, while DC’s Infinite Crisis ended, Marvel’s Civil War debuted with great numbers and time will tell if it can sustain them.

So it comes down to the readers, and we all have our own reasons for sticking through till the end. Why do I continue to follow along? I’d certainly have more money in my wallet, and probably more time to read other things that are out there if I weren’t so deeply entrenched in these events. To be frank, I’m enjoying these stories. There have been some missteps along the way, some the fault of the creative teams, some the fault of editorial decisions, but overall it’s a fun ride. I can probably make some better decisions as to what I buy. I can even avoid these events altogether (though it may be difficult when they spill into every title in their stable). As anyone who’s flipped through a copy of Diamond’s Previews knows, there are thousands of new comics out there that aren’t published by DC or Marvel, and thusly aren’t part of some event or crossover.

With that said, I fully realize that it’s my choice and my choice alone to follow along with these huge, sprawling storylines, whether I readily admit to liking them or not. And as long as I’m having fun and enjoying these stories, I’ll keep on following along. If both DC and Marvel continue with this momentum and have their latest events lead into yet another, then another, I can foresee a time when I may have to lay off the mainstream superheroes for awhile, or at the very least, the big events. But for now, I’m enjoying the ride.

It’s almost a tradition, an expectation, that shared superhero universes will have crossovers and big events from time to time. As long as the sales will support them, they probably won’t go away. As for me, as long as I can get to the end of an issue and still feel a sense of surprise followed by eager anticipation, as long as I can read the fate of a beloved character and feel sadness or elation, as long as I can appreciate a nostalgic nod to something that happened in continuity several years ago that perhaps nobody else would catch, then I’ll be reading these events, whether I readily admit to liking them or not.

Sure, it’s exhausting sometimes, not to mention expensive. But is it worth it? Sometimes yes, sometimes no. If it stinks, it stinks badly, I must say. It will at best be something that’s forgotten as quickly as it came, and at worst it will be reviled for years to come. But when it’s good? It’s those stories, the good ones, the entertaining ones, that will keep me coming back for more. 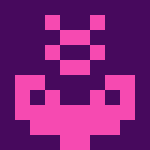