Welcome to “Trade Waiting,” where we wait till comic book arcs are collected in trade format so that we can study and analyze the story on a whole. We will focus on character arcs, plot points, thematic content and things along those lines. We will only look at the material collected in a trade and not take overall continuity into consideration.

Sue Dibny, wife of the Elongated Man is killed. A funeral is held and afterwards, while the majority of heroes in the DC Universe go to hunt down leads, a group of five heroes gathers together saying that Dr. Light killed Sue for revenge of what they did to him.

The group confronts Dr. Light, but with the help of another villain he escapes. It is revealed here that the group of heroes used magic to lobotomize him after he raped Sue many years ago.

Meanwhile the Atom’s ex-wife, Jean Loring, is attacked by the killer. A note is sent to Lois Lane warning her that they know she is Superman’s wife. Robin’s father is sent a gun and told to protect himself.

The mysterious murderer then hires a low-tier crook named Boomerang to kill Robin’s father. Boomerang has recently been reunited with a long lost son he wasn’t aware of. Both the son and Robin mourn their losses when their fathers kill each other.

Things really start to escalate for the group of 5 heroes when Flash confronts them about what they did to Dr. Light. It seems they’ve erased villain’s memories on multiple occasions as well as Batman’s.

The autopsy on Sue is completed when a pair of microscopic footprints are found on her brain and attributed as the cause of her death. It is then revealed that Jean Loring used one of the Atom’s old costumes to shrink down and attack Sue.

Jean’s intentions were not to kill Sue, but merely hurt her and put a scare throughout the super-hero community. Jean then hoped that this would make the Atom worry about her and want to be with her again.

Identity Crisis does not read like an average comic book story, this mostly comes from author Brad Meltzer’s writing style. The man is a best selling novelist of thrillers and that is what IC is at its heart.

The story does not have the traditional three act structure. It constantly builds and reveals twist after twist. The pacing of the whole thing is incredible, even more shocking is that, when finished and looking back, there is only one true “comic book fight scene” in the whole thing.

IC is an ensemble piece with lots of characters taking over as points of view so it is hard to say who the “star” of the story is. Even then, because it twists and shifts so much, the murder investigation, which is central plot of the story, isn’t the main story.

Because the cast is so big, with no one really taking more of a spotlight, it’s nearly impossible to break down the story character by character. Even more so is the fact that there are no characters that go through the traditional story arch. This comes mostly because, although the story at times is character driven, it is still a story about plot with that quick thriller pacing.

At its heart IC is a story about family and community. This is clearly shown in the opening of the story. Although some characters are introduced in costume, all are introduced in a family type setting. Right away it makes it clear that the story is about relationships.

This is made more evident when Ralph Dibny, the Elongated Man, says in the very beginning “Anyone who puts on a costume paints a bull’s eye on his family’s chest.”

Before it is even clear what the story is about, Meltzer makes sure the reader knows that this is about family. Through the course of IC we see numerous levels of family. We see Clark Kent, Superman, with his parents. We see Ollie, Green Arrow, with his son. We see Tim Drake, Robin, and his father. We see Boomerang and his son. The importance of family is clearly hinted at nonstop throughout the whole story.

Not only does IC explore the relationship of family members and community, but it does so by factoring in how being a super-hero affects that. Toward the end of the story, Green Arrow says, “You don’t just wear the mask for yourself, you do it for your wife, your parents, even for your children.”

Which gets down to the real point that Meltzer is trying to say. In the back of IC there is a director’s-type commentary, and there Meltzer says, “What I’m proudest of, at the end of the day, is that Identity Crisis is an argument about why super-heroes should exist. And it does it by embracing one of the greatest conventions of the genre: the secret identity”

One of the biggest things dealt with in IC is not only the death of Sue Dibny but the rape of Sue Dibny. It took a very real life, adult theme, and put into a comic book. What made it more powerful is that the rape didn’t happen in the “present.” It happened back in the “good ‘ole days” of comics.

Meltzer took something dark and inserted into a time that most look back upon and see nothing but a happy moral tone. Thematically it’s as if he corrupted the time period itself.

It didn’t stop there. The five heroes then make the decision that not only does Sue’s rapist need a memory wipe, but he must also be lobotomized. Keep in mind that this is still back in that revered time period.

In his commentary, Meltzer explains that his goal was not to destroy the image of the Silver Age of comics, but it was to flesh it out and offer a new perspective of it that makes it seem more real and in line with today’s comics.

“This is what excited me—the mind wipes, and the idea of dealing with these old stories realistically,” Meltzer said. “When you look back on them, even though they’re wonderful in their own ways, I think a lot of people today just chuck them aside and say, ‘They’re fun and they’re cute, but they’re like coloring books, and we don’t need them anymore.’ I love these stories. I grew up on these stories. I want them to exist and I want them to make sense. So what we were doing here was not changing things and saying that you remembered them wrong, but saying that we remembered it exactly right. Now all of those stories come back into continuity as opposed to having to be ignored.”

Meltzer really does explore the idea of needing heroes, but he even goes further than that and questions what exactly a hero is. This is best demonstrated when the group of five lobotomize Dr. Light.

This brings up the age old philosophical question of “Does the end ever justify the means?” This is a theme that will come up in next week’s column about Marvel’s “House of M” and something that shows up all the time in comics.

In IC we have a group of heroes who do something morally wrong because they believe it serves the greater good. But Meltzer makes sure that these characters do not act out of character. Not all five support the mind wipe, and those that do have reasons, like recently losing a loved one, to motivate them. This brings back the ongoing theme of “family.” The heroes did something morally wrong to protect their family.

It is such a thin moral line to walk that, depending on who a reader is, they would either relate and say they’d do the same thing or they’d condemn the action like Batman did. But either way, the reader still then gets to connect to the characters and relate to one of the sides.

Not only is Meltzer being obvious about commenting about what a hero is, but he also shows that he is aware he is doing so. Through several points of IC, in both the writing and art, characters break the fourth wall.

The clearest of these moments is the opening of the story where Ralph Dibny has thought boxes. In these boxes he talks about novels and how, if a story opens with a main character, you know nothing bad will happen, but that if it starts with two minor characters then all bets for safety are off. This reflects the opening of IC where Ralph and Lorraine Riley sit on a rooftop and are introduced before any other characters. Then of course, numerous bad things happen throughout IC. 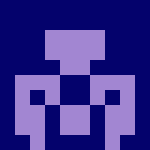