Editor’s Note: This is the third and final part in a series of humorous interviews conducted by comedian C. C. Banana at the New York Comic-Con. In part one, the yellow one talks with Joe Quesada. In part two, the funny banana talks with Phil Jimenez.

Despite having made dozens of appearances in various movies and television shows, Jason Mewes is perhaps best known for his portrayal of a slightly-fictionalized version of himself in nearly every film by Kevin Smith. Interestingly, it was the quieter half of stoner duo Jay & Silent Bob for whom this interview was originally intended, so the questions needed to be amended on the fly to account for his absence. The exchange kicks off with Mewes telling the Banana how much he loves his vintage tape recorder!

C.C. Banana corners a smiling Jason Mewes for his interview.

JASON MEWES: That thing is ancient, sir. I love it!

MEWES: It’s a classic, I wouldn’t get rid of it.

CCB: So Jason, what’s your favorite thing about the first-ever New York Comic-Con?

MEWES: Other than meeting C.C. Banana? Bootleg videos, that’s my favorite part. I got a lot of good DVDs.

CCB: Cool! What did you get?

MEWES: I got Justice League Unlimited, seasons 3 and 4.

[NOTE: C.C. Banana does not condone the distribution or purchase of unauthorized home videos.]

CCB: Do you have any intention to begin writing a comic book series, then leave it unfinished for several years?

MEWES: No. I don’t plan on writing comics.

CCB: Name one celebrity you have seen naked.

[At this point, one of the fans observing the interview chimes in with a suggestion.]

MEWES: You know what? I’ve known him for 16 years and I’ve never even seen him with his shirt off.

CCB: So you haven’t seen any naked celebrities, then?

Jason hangs his head in shame at having never seen a naked celebrity.

CCB: What is your favorite View Askew collectible?

MEWES: Do you have them?

CCB: I don’t have the bookends, but I do like the “inaction figures.”

MEWES: Why don’t you have the bookends?

[NOTE: The Jay & Silent Bob bookends are in fact closer to $130, as offered via the official View Askew store. Jay must have gotten a discount because he's famous and whatnot.]

CCB: What is your opinion of the Star Wars fan film Trooper Clerks?

MEWES: Oh, I like it! I just watched that. It’s good. They’re supposed to be doing another, so now I wanna see the next one. So yeah, I like it.

CCB: Name a superhero costume you wore for Halloween as a kid.

CCB: As an adult, maybe?

CCB: Well, you’re wearing an X-Men T-shirt now. That’ll have to do.

C.C. Banana with Jason Mewes in his X-Men T-shirt, courtesy of Art Adams!

CCB: Name two words that rhyme with your last name.

MEWES: I don’t know, let me check. [Jason inspects the contents of his wallet.] $33 dollars.

CCB: What is your favorite fruit?

MEWES: Thank you, that was fun. It wasn’t the usual questions. You’re amazing!

MEWES: Are you gonna take off the banana suit now?

CCB: Oh! Then you WILL have seen a celebrity naked!

For more information on the man who gets a kick out of obsolete recording technology, visit www.ViewAskew.com/jay.html.

Well, there you have it, gang! Three irreverent interviews with three unlikely subjects, courtesy of your favorite fruit! Though something of a different genre for me to tackle, hopefully this little experiment will tide you over until my next official rock & roll adventure! Thanks for taking the time to read my ramblings and I hope to see everyone out at the shows soon! Until next time… 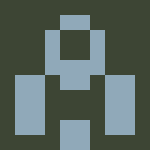