It can be argued that Justice League, the flagship title of DC’s “New 52,” is predominantly a narrative of images. The structure appears to have been designed to allow Jim Lee to let loose with a display of pretty, colorful, and outlandish superhero violence.

The first panel of Justice League #1  jolts the reader into the action of the story by having them peer down the barrel of a loaded gun. For the next few panels the pacing continues at speed. The second panel depicts helicopters hovering above Batman as he chases a cloaked figure across a flaming rooftop towards an apparent dead end. The third features the Caped Crusader desperately looking up into the helicopter searchlights, seemingly trapped. The fourth “panel” is in fact a full double-page spread of Batman clearing, with great effort, both the wall and adjacent precipice that were barring his path in an enormous leap. This is a dramatic opening, even by the standards of most superhero comics.

The narrative does not slow down. The fifth panel shows Batman dodging the bullets that ping off the concrete surface of the rooftop as he rolls to his feet. The sixth depicts him hurling pellets at the pursuing helicopters. These projectiles then produce an explosion in panel seven which, in panel eight, alerts the cloaked figure to Batman’s presence. The battle is continued through the introduction of the Green Lantern, which precipitates the use of another splash-page, and the fighting then continues for the majority of the remaining comic. The narrative does allow some room for exposition and, from page thirteen onwards, five-panel page layouts become more frequent, as opposed to the three-to-four panel page layouts that had dominated the early stages of the story. These extra panels provide the characters with some space to breathe, as well as room for the plot to explain itself. However, where narrative exposition is attempted, character and situation are developed through terse lines of dialogue, in clumsy statements, which give the impression that Geoff Johns is attempting to force as much information about each character into as little space as possible. A good example is this exchange between Green Lantern and Batman:

“You flew us to metropolis in a GLOWING GREEN JET?”

“YOU can’t FLY, so how ELSE were we going to get here? Talk in a deep voice?”

This dialogue summarises the characters almost too succinctly. Batman is the up-tight ninja who prefers to fight from the shadows and the Green Lantern is a brash, attention seeking show-off. Throughout the dialogue that Johns provides for this comic, character development does not generally exceed this rudimentary framework, with the small but notable exception of the high school sub-plot involving Victor Stone. The stilted dialogue and the predominance of colourful, exuberant splash-pages in Justice League #1 once again reinforce the impression that this is the artist’s series. This is not contradicted by the following issues of Justice League. Each instalment is structured around the introduction of a new superhero via an initial single-, or double-page splash and a narrative continued, and marginally developed, through a series of colourfully rendered fights, culminating in the increasingly conventional use of the splash-page to suspend the plot at a ‘dramatic’ moment at the end of the issue. The problems with the title’s dependence upon Lee and his relentless reliance on the splash-panel as a device for generating excitement can be illustrated via the theory of narrative “redundance” (1981, p. 120) which Umberto Eco outlines in his essay, ‘The Myth of Superman’ (1981). Eco’s study is flawed on several counts with regard to the 1960s Superman comics that he analyses but the notion of narrative “redundance” can be productively applied to the Justice League comics of DC’s New 52. Eco describes a narrative of “high-redundance” as a series of stories which contain a recurring set of conventionalised narrative tropes or “topoi” (1981, p. 119). The repetition of these tropes then produces a “message which informs us of very little and which, on the contrary, thanks to the use of redundant elements, keeps hammering away at the same meaning that we have peacefully acquired upon reading the first work of the series” (1981, p. 120).

In Justice League, a series which relies more upon its elaborate art than its nuanced character development, splash panels are used as a means of portraying dramatic piques or crescendos and their usage is an attempt to ensure reader investment through the sheer power of Jim Lee’s awe inspiring display. However, because the depiction of elaborate action and, indeed, the use of splash-panels appear to be Lee’s most favoured and oft-repeated techniques, the spreads become more conventionalised as their usage increases. This is compounded by the lack of character exposition, provided by Johns or Lee, who appears to prefer powerfully rendered action to subtle emotional expression. The result is that each recitation of the splash-panel, or even each beautiful fight, carries the same denotation, that it is ‘impressive’. As suggested by Eco, what was ‘impressive’ in first instance may well be equally ‘impressive’ in the last but the repetitively ‘impressive’ artwork of Justice League does not result in much plot or character development. As a result, when, in Justice League #4 (2011, p. 18), Darkseid announces his presence for the first time, on a skilfully drafted double-paged spread, it is easy to be ‘impressed’ by Jim Lee’s talent but difficult to be excited by, or very interested in, a narrative event that has the same significance as a similarly ‘dramatic’ rendering of Batman in Justice League #1. 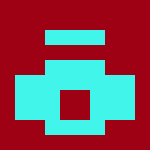 Phillip Bevin is Doctor of Philosophy, having written his PhD thesis on the cultural and political history of Superman at Kingston University London. He believes that superheroes can tell us a great deal about how people make sense of the rational world, often in the most surprising and enchanting ways.