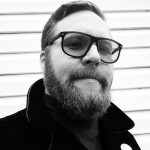 BOOKS AND MOVIES BY ROCKO JEROME

The Commercials of the Star Wars Holiday Special

I come not to praise the Star Wars Holiday Special, nor to bury it. You can find that elsewhere on the world wide web (Much more of the latter than the former, of course- it… [more]

I remember September 7, 2001 pretty well. It was a Friday. I had been working as a manager of sorts in an office. Small, private administration company. It had been hemorrhaging money because the owner… [more]

New Gods and Old Soldiers: Kirby in the ’70s

To put it simply, it’s impossible to imagine comic books existing in their modern form without Jack Kirby. It’s hard to fathom what Marvel Comics at their inception and heyday might’ve been like without Jack… [more]

Steranko and the Moment of Silence

When the common person on the street conjures an image of what a comic book writer or artist looks like, they most likely picture a quiet, unassuming man, a passive person—the direct opposite to the… [more]

It’s tough to unravel the two big mysteries at the heart of the creation of Cannon, but the strongest clue to solve one of them arrives shortly into the run. Is this wild, macho story… [more]