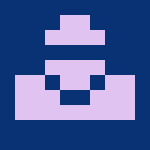 Marc Sobel is the co-editor of The Love and Rockets Companion published by Fantagraphics Books. He is also the author of the forthcoming Love and Rockets Reader, also from Fantagraphics. He is also a freelance journalist and scholar in the field of comic book studies, and has published dozens of reviews, interviews and commentary in several publications including The Comics Journal, Sequart, Hooded Utilitarian, Comic Book Galaxy, The Great Curve, and the now-defunct Insomniazine. Marc lives with his wife and two sons in Queens.

Alan Moore’s Brighter Than You Think

Brighter Than You Think “The mainspring of an individual is his creative Will. This Will is the sum of his tendencies, his destiny, his inner truth.” -          John Whiteside Parsons, “Doing Your Will” (July 31,… [more]