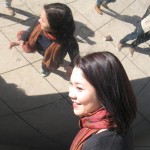 Kelly Kanayama is a PhD researcher in contemporary transatlantic comics, originally from Hawaii but now based in Scotland. She has written on comics and related media for SciFiNow, NPR: Code Switch, Bitch, Paste, and xoJane. Her poetry on comics and pop culture has been published in the award-winning Lighthouse Literary Journal, Room Magazine, and Ink Sweat & Tears, while criticism and other writing can be found on the intersectional feminist geek culture site Women Write About Comics and on Mindless Ones. She is also the former Administrative Manager of Media Diversified, a global media and advocacy platform dedicated to promoting writing and experiences of color.

Until the End of the World – A Guide to Garth Ennis’s Comics: Battlefields: The Night Witches

The war story is one of the most convenient nationally defining narratives because it relies on an immediate opposition between nations: Nation A sends its soldiers to destroy those of Nation B, with the success… [more]

Until the End of the World – A Guide to Garth Ennis’s Comics: Hard Men with Big Guns

Until the End of the World – A Guide to Garth Ennis’s Comics: Introduction

Comics criticism has a Garth Ennis problem. Despite a considerable body of work spanning almost three decades which shows little sign of stopping – at the time of writing, he’s currently working on two monthly… [more]