You Humans Love Your Symbolism, Chapter 3:

Reincarnation in House of X #2

Chapter 3: Reincarnation in House of X #2 – The Uncanny Life of Moira X

It would be a disservice to not at least briefly discuss the most important impact of this issue to the greater X-Men story. House of X #2 reveals the biggest twist of Hickman’s three-week-old run: the woman known so far in X-Men canon as Moira MacTaggert is not human, but a mutant. She possesses the power of reincarnation, has already lived nine lives, and now in her tenth life, is also known as Moira X (a continuation of the numerology introduced and discussed in the previous chapter: Powers of X #1). Any retcon of this magnitude creates its fair share of contradictions with established continuity, even as it enriches other aspects. Unfortunately, it also eliminates the noblest attribute of Moira’s previous character; she was a human completely devoted to the X-Men’s cause; she was the living example that humans and mutants could work together in peaceful coexistence. Now she is just another mutant working toward the advancement of her own species. Nevertheless, the wide spectrum of storytelling possibilities this one change creates, only brushed upon and yet abundantly displayed in just this one issue, more than overshadows the negative consequences of the Moira retcon. One immediately realizes that Moira no longer holds the status of “forgotten X-Men side-character” and now potentially becomes the most important person in the X-Men mythos.

A thorough analysis of this retcon, however, is not the purpose of this essay. Rather, the goal is to take a deeper look into the religious themes referenced in this issue; in this case: reincarnation.

Reincarnation is the answer of many Eastern religions, including Buddhism and Hinduism, to the question “What happens to a person after death?” Almost to make this reference clear, Hickman moves away from the Judeo-Christian symbolism so dominant in the first two chapters. Instead he immediately alludes to these Eastern religions, having Moira describe her surprising sense of bliss at the onset of her first reincarnation as “Zen via biology.”

At death, Moira loops back to the start of her life in utero and is born again. In a way, she travels back in time to start her life over again, creating a new timeline. (It is suggested in later chapters, that the timeline of her previous life just stops with her death.) In contrast, the reincarnation of Buddhism and Hinduism is rebirth as a completely new being that exists after the previous life. The various branches of these religions offer differing details on how reincarnation occurs. Sometimes a short waiting period passes before being reborn. Sometimes a person can be reincarnated into another plane of existence, either a paradise or a hell. Sometimes one is reborn as an animal or even a spirit-creature rather than a human. In any case, none of these apply to Moira’s mutant power.

Moreover, although many followers of Buddhism and Hinduism claim to have had visions or possess memories of past lives, none have made assertions on the scale of Moira. She is reborn as a “fully sentient being who had a perfect recollection of her prior life.” The creative team details the interesting consequences of this trait: Moira is considered “advanced” and a “prodigy” from childhood on, shown building complex structures with toy blocks; even though she continually hides the true extent of her knowledge from others. Larraz draws her as a toddler, an expression of boredom mixed with experienced understanding on her face. (There is an indirect connection here to the recurring theme, introduced in the last chapter, of the soul being the mind. In a sense, it is her mind that is reincarnated into her unborn body. As made clear in this issue: every life afterwards was “A life of the mind.”) So far, not even in Buddhism or Hinduism is there record of someone having the full memories of a previous life. If reincarnation did in fact work this way, even for only a small percentage of the reborn, then it would have to be common enough to be public knowledge, as well as verifiable enough to go beyond doubt.

To this effect, in one of his famous data pages, Hickman specifically mentions how Moira “ran controlled experiments to prove that her memories were not a form of disorder or psychosis.” To date, there is no scientific proof of the claims in Buddhism and Hinduism of visions or memories from past lives. This does not necessarily disprove the beliefs of these religions, as many claims of faith fall outside the realm of scientific proof.

In any case, since Moira reincarnates at the beginning of her life with full knowledge of her previous lives, she now has an opportunity that does not exist in Buddhism or Hinduism: to change past events. As she says, “Who wouldn’t want to fix all the mistakes you’d made in the past?” Sadly, she realizes very quickly in her second life that this opportunity can be more curse than blessing, as not only mistakes can be made right, but good things can be changed for the worse. In trying to relive and retain the best parts of her first life unchanged, she discovers the observer effect: “that simply by existing and watching, I was already changing everything.” Feeling that this power has damned her, she decides to make a more drastic change: “curing” herself of her mutant gene. The violent intervention of Destiny and Mystique in her third life forces Moira to change the path of her reincarnated lives once again. Destiny powerfully emphasizes this point in a threat: “Change or die.” As a scientist, Moira uses her next lives as a type of controlled experiment, changing her methods each time to see which one leads to the best future for mutants (although “best” is rather biased to her own ideals).

In this spirit of scientific exploration Moira makes a few interesting moral decisions. In her seventh life, she becomes an assassin, in order to eradicate the bloodline of the most genocidal anti-mutant family. In her eighth life, she aids Magneto in violently conquering America. And in her ninth life, although she knows him to be an evil monster, she sides with Apocalypse, reasoning: “to Moira, Apocalypse was simply the only solution she had not tried.” These decisions, and Moira’s rationale behind them, raise an intriguing question about the moral implications of reincarnation: Does reincarnation allow one to justifiably live a morally corrupt life, since the person can just make up for it in a future life?

The answer that most Eastern religions offer is “Karma”. In a very simplified metaphor, karma is a kind of mystical moral accountant, which keeps track of all the good and evil that one does in their current life. The state of one’s karma determines the kind of life received at reincarnation, either better or worse than the previous life. If you don’t want to end up reborn into terrible suffering, or if you long for a prosperous next life, then you have to work on your karma. Although not completely analogous, this idea shows up indirectly at the end of Moira’s third life. As Moira is horribly murdered by Destiny and her team of villains, Destiny explains: “Dying like this…is what a life poorly lived gets you.” Otherwise, the morality of Moira’s current life doesn’t affect the state of her next rebirth; she just loops back to the beginning again.

The idea of reincarnation inevitably leads to one important question: Does reincarnation continue in an endless cycle for all of eternity? In her third life, Moira apparently thinks so, described by Destiny: “You’re starting to believe that you are in an eternal loop of some kind. That your powers give you a version of immortality.” However, Destiny quickly squashes this idea. Moira has a limited number of lives: “I see ten lives, Moira. Maybe eleven if you make the right choice at the end…but that is all.” This just leads to the next obvious question: What happens after one is no longer reincarnated? Interestingly, Destiny offers an atheistic answer: “You simply end. Like everyone else.”

Wondering about the possibility of endless reincarnations also naturally leads to the related question “Would an endless cycle of reincarnation be a blessing or a curse?” As already discussed, Moira at first judges her mutant power as a curse, going as far as to develop a “cure” in her third life. Similarly, reincarnation as believed in by Buddhist and Hindus, if truly an endless cycle, tends to leave one with a dread of tediousness, to the point of becoming purposeless. If there is no end to the cycle of rebirth, what is the true meaning in life?

Accordingly, Buddhism and Hinduism offer a way out of this cycle. Both involve ascension or a transcending of the mind or soul to a higher plane of existence, sometimes called nirvana. Although the two religions (and their various branches) differ greatly on the path to and state of this final goal, both have more or less to do with enlightenment. One must reject or be freed from common human ways, usually through the revelation or understanding of some higher knowledge, often attained by the practice of strict religious or mystic disciplines. Then one can rise to a new way of thinking / living / being. Hickman plays upon this idea of enlightenment at the beginning of Moira’s tenth life: “armed with the knowledge that all the old ways – and all the old ways of thinking – would never be enough to save her people, she decided to try something truly revolutionary…”

The issue then concludes with a panel for panel repetition of the most important part of the X0 scene from the previous issue, Powers of X #1, but now drawn by Larraz. As discussed in the last essay, the implication is that Xavier reading Moira’s mind here serves as the framing device for all the stories of Moira’s previous lives. The creative team of Hickman and Larraz already provided evidence for this interpretation earlier in this issue, when Moira appears as narrator, breaking the borders of her panel and existing above her story, wearing the same outfit she is seen in here. The revelations of Moira’s previous nine lives seem to bring Xavier some form of enlightenment; clearly seen in his facial expression and one word response: “Ah…”, but also emphasized by a clever change in the background coloring by Gracia. This sequence also provides a perfect segue into the next chapter, Powers of X #2, in which the themes of enlightenment and ascension, the final goal of these Eastern religions, take central focus. 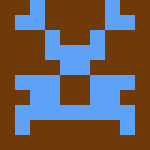 David L Canham (@BBelafat) grew up in Arizona watching X-Men: the Animated Series and reading mostly X-Men and Spider-Man comics of the 90s. After a Bachelor’s Degree in Physics with Minors in Math and Religious Studies from the University of Arizona, he received a doctorate in Physics from the University of Bonn in Germany. He now teaches Physics and Math at the junior high and high school level in northern Germany, where he lives with his family. He still loves comics; especially the ones that make him ask deep questions.