The Universe of Possibilities:

Fans of the Star Wars franchise are probably familiar with the series of events that led to Marvel Comics becoming, once again, responsible for the publishing license, but just in case: Marvel produced the original film adaptation, followed by a series that ran for over 100 issues. In 1991, Dark Horse Comics began publishing Star Wars books in an effort that eventually included over 100 different Star Wars-affiliated titles. In 2009, The Walt Disney Company acquired Marvel Entertainment in a $4 billion deal. Then, in 2012, Disney acquired Lucasfilm, the home of the Star Wars films, for another $4 billion. The license agreement Dark Horse held for the Star Wars comics expired, and Marvel once again began publishing Star Wars comics in 2015.

The success of the Disney+ series The Mandalorian inspired Internet chatter discussing the possibility of a Doctor Aphra appearance in the program that would serve as an introduction to Aphra’s own series. Well-known Star Wars insider Jason Ward broke the news to the website Inverse that an Aphra-starring series had already begun filming as early as late 2019. Though the story had no independent confirmation, and would have almost certainly been delayed as a result of the COVID-19 pandemic, the story and its subsequent proliferation across the Internet confirm Aphra’s resonance with audiences. Furthermore, ungraded first editions of Star Wars: Darth Vader #3 (2015) sell for over $50 on sites like eBay, with graded editions selling for much more. And in 2018, Hasbro released limited-edition action figures of Aphra, 0-0-0, and BT-1.

Part of Aphra’s appeal is her nuanced characterization and the way she represents cultures that have been missing in Star Wars specifically and comic books in general. Of course, aliens and their assorted bodies and languages have been part of science fiction forever. The humans of Star Wars, though – especially in film, where they were most visible – remained very white, very heteronormative, and, with the notable exception of one princess, very male. While it’s true that mainstream comics have lately seen an uptick of characters from a wider variety of gender, racial, and sexual-orientation demographics (for example, the successful series featuring both Captain and Ms. Marvels, the continuing evolution of DC’s Poison Ivy character, and cross-platform appeal of Miles Morales), Aphra’s insertion into an already-established universe has been welcomed by fans hoping to find more of themselves in the stories they like. Additionally, Aphra has been portrayed as more complicated than merely the labels of her demographics.

Aphra’s first appearance, in Darth Vader #3 (2015), introduces her as a hybrid Han Solo / Indiana Jones (appropriate, since the Indiana Jones franchise was included in the deal that brought Star Wars to Disney); fast-talking, incredibly competent. Aphra joins a line of Star Wars heroines noteworthy for their competencies, but Aphra’s manage to feel more earned. She’s a scholar, an adventurer, neither born into a remarkable family or equipped with the weight of a planet’s blessing and responsibility. Aphra is a blue-collar hero. Neither queen nor princess nor imperial granddaughter, she’s worked her way through academics (a trial in its own right) and earned her experience in the dusty caves of galactic history. In a universe where so much is made of destiny, Aphra seems to lack one. She represents a freedom from the weight of legacy that the other female Star Wars protagonists can’t, due to their entangledness in the Skywalker line.

That is not to say that Aphra doesn’t have a part to play in the Skywalkers’ story, and in fact, this is where Aphra is an example of how to fold new characters and experiences into an already established mythos. Doctor Aphra’s story is not parallel to the “main” Star Wars saga. If it were, there would be no intersections between her story and the Skywalkers’. Neither is Aphra simply appended to the films, as one might argue is the case for the sequels, the prequels, and the successful Clone Wars cartoons and film. Aphra’s story is concurrent to the main Star Wars narrative. The challenge for Aphra’s creators is that this literary concurrency comes not as a result of careful planning by the storytellers well ahead of time, but as retroactive concurrency as the writers and artists find the available gaps in the original narrative. They are finding new stories that can breathe within the already-established atmosphere, a stark contrast to the later Star Wars films, or even the recent Star Trek films, which opt to create a new universe and timeline, a completely different approach to producing new narratives.

Aphra’s first story arc sees her leading Darth Vader to Geonosis, a planet to which Vader has strong ties but is a new destination for Aphra. In a quiet three-panel sequence in Darth Vader #4 (2015), Aphra asks “Ever been to Geonosis, Lord Vader?” The next panel is a silent flashback to Vader — still the non-cyborg Anakin — sharing a kiss with Padme. Finally, Vader commands Aphra to “Cease your probing.” This technique, of using juxtaposed flashback panels within the main narrative to depict Vader’s memory and thereby hint at his regret and the foundations of his heartbreak, is a frequently-employed technique throughout Marvel’s Darth Vader books. Here, it serves as a reminder of the concurrency of Aphra’s story.

While this is a Darth Vader book, it’s noteworthy how completely Aphra controls the book’s narrative. She essentially takes over as the book’s main character through the end of this volume, twenty-two issues later, at which point she becomes the star of her own self-titled series. Her narrative darts in and out of Vader’s story. This gives the book its dramatic thrust, as well as its source of unpredictability. After all, we know how Vader’s story ends. We know where he’s going, even if the details of the journey haven’t been completely shared.

Aphra assumes even more of the spotlight, of course, in her own series, though Vader’s presence remains strong. Still, Aphra’s narrative is concurrent to the already-established Star Wars canon. Though she has no direct involvement in the destruction of Alderaan or the Battle of Yavin, two important historical moments in the saga, Aphra is aware of and influenced by these moments. They have a direct impact on Aphra’s story, even if she is unable to affect them because — to viewers / readers / fans — these events have already happened. Aphra can’t suddenly be the hero of the Battle of Yavin because we already know that was Luke. Aphra can’t save the people of Alderaan because they’re already gone.

Aphra’s own title has the space to explore more of Aphra’s background as well as her sexuality. While both are an element of her character, neither her race or her orientation completely defines her. Both, however, at various times, motivate her decisions. In particular, her attraction to Imperial agent Captain Tolvan, and Tolvan’s reciprocation of that attraction, influences both characters. As with all love stories, their emotions create points of great joy, frustration, and sorrow.

Aphra’s sexual orientation avoids falling into the trap of exploitation or fishing for a response from the male gaze, and both Aphra and Tolvan are portrayed as complete people apart from their romantic inclinations. Doctor Aphra continues to explore relationships along a spectrum of orientations and has featured other same-sex couples and interspecies relationships, and relationships where those involved do not seem to fit any hetero- or homonormative descriptions.

Finally, Aphra resonates because in a universe of fairly distinct good and evil, she is marvelously broken. Even Star Wars’ classic example of the rogue-gone-good, Han Solo, is fundamentally good. (Despite shooting poor Greedo, Solo’s first appearance on screen shows his capacity to be both loyal and empathetic.) Aphra, on the other hand, is selfish and knows she’s selfish. It pains her to be that way, and she struggles with what seem to be her natural inclinations. In Doctor Aphra #20, she says “Look — I’m no angel, but I’m not a bad person. All I want’s the chance to make good on the — the mistakes I’ve made.” However, in issue #28, she clearly articulates a set of darker tendencies. She says, “Me? Guilt-riddled sentimentalist. But during the quiet spell, when nobody’s trying to kill me. When they are? When the blasters’re zapping and the adrenaline’s pumping and there’s no time to stop and think? Get rich. Save own skin. Damn everyone else.”

Aphra’s narrative traces the arc of her development into someone else, but it’s a process marked by stops and starts. She resists changing, as if it’s counter to her nature. That’s a story to which many readers can relate. Along the way, she naturally compares herself to Darth Vader, especially the callous image that Vader has cultivated. Their similarities and their differences contribute to Aphra’s growing understanding of her own nature. Additionally, 0-0-0 often acts as a sort of evil Jiminy Cricket, not her conscience but Aphra’s un-conscience, both leading her to evil and highlighting the selfish choices she makes on her own.

0-0-0′s absence is felt in the latest volume of Doctor Aphra, which debuted in 2020 from writer Alyssa Wong. In the droid’s place as the prism through which Aphra sees her decisions is Detta Yao, a young graduate student who once took a class taught by Aphra, and Doctor Eustacia Okka, one of Aphra’s former colleagues and former lovers. The two new characters represent past and future versions of Aphra, the person already hurt and the person in line to be hurt by Aphra’s choices. The new series doesn’t exactly backtrack on Aphra’s progress toward a more outward-looking agenda, though some of this development feels paused.

What Wong’s version of the series maintains, however, is the continued concurrence between Aphra’s story and the Star Wars legacy writ large. In this volume, Hoth, the setting for the opening of Empire Strikes Back, serves as the backdrop for the opening action. This places Doctor Aphra within the main saga, though not explicitly of the main saga. Again, her story is told in the cracks of an established canon.

To be sure, there are other examples of narrative concurrency, especially in genre literature like science fiction and fantasy. Doctor Aphra, however, is an especially exceptional example in both her success and the subtlety with which she’s been added to an already rich mythos. 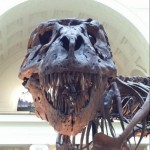 Jason Kahler earned his PhD from Wayne State University. He writes and teaches writing from the great American Midwest. Follow him on Twitter @JasonKahler3, or visit his new website, jasonkahler.com.